Synopsys Inc. (SNPS) was mentioned by Jim Cramer in his Real Money column "What 'V'-Shaped Recovery?" as one of the S&P 500's top performers. Let's check out the charts and indicators of this company that helps with advanced technologies for chip design.

The On-Balance-Volume (OBV) line has been slowly weakening since early July and suggests that traders are slightly more aggressive sellers. The Moving Average Convergence Divergence (MACD) oscillator has been correcting lower since early June and is just slightly above the zero line.

In this weekly bar chart of SNPS, below, we can see a mixed picture. Prices are above the rising 40-week moving average line so we know the longer-term trend is still up.
The OBV line has not bested its February high so we have a bearish divergence between the price action and the OBV line. This divergence could be foreshadowing a correction.
The MACD oscillator has narrowed and could cross to the downside in the weeks ahead generating a take profits sell signal.

In this daily Point and Figure chart of SNPS, below, we can see a possible downside price target in the $181-$180 area. 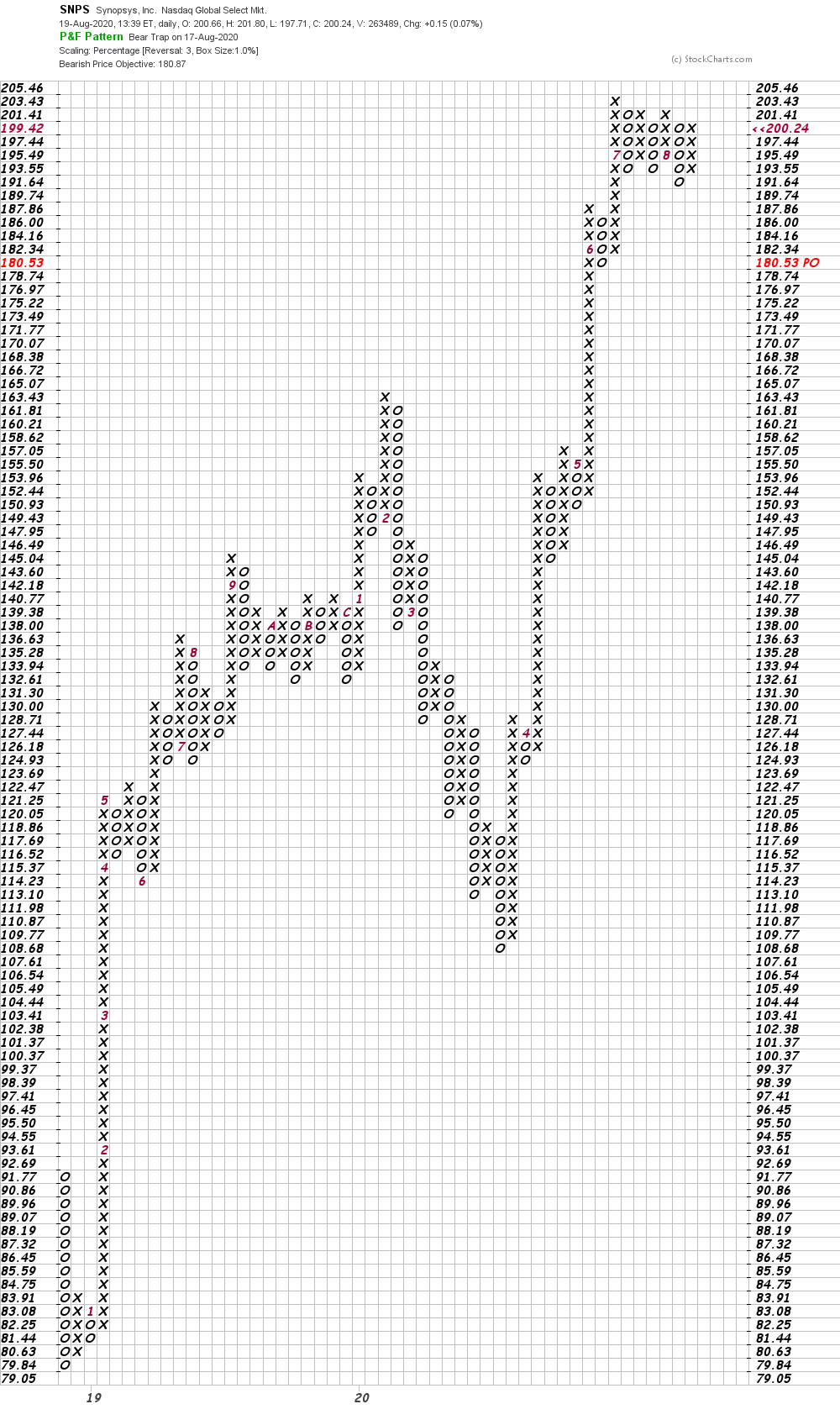 In this weekly close-only Point and Figure chart of SNPS, below, we can see that the software is reading the X's and O's as bullish with a potential target of $377.

Bottom-line strategy: Short-term traders might consider reducing their long exposure of SNPS as we can see a number of technical clues that suggest a pullback could occur. Longer-term. our weekly Point and Figure chart suggests higher highs in the months ahead.
Get an email alert each time I write an article for Real Money. Click the "+Follow" next to my byline to this article.
TAGS: Investing | Stocks | Technical Analysis | Semiconductors & Semiconductor Equipment | Technology | Mad Money | Coronavirus

This market is as tough as any in many years, and for some traders the best approach may be to get good at doing nothing.

Traders are becoming skittish as the late-day selling this week leaves them wondering where support will develop.