But that's the overboughtness hard at work. I wouldn't call it leakage underneath, although there is some of that. But it's more like so many stocks are drifting after last week's run up. And let's face it, last week was fast paced, the same as the week prior was. So this week is a bit of a letdown.

I still think it's possible to get one more rally try on Friday, because we have been so sideways all week. I won't hold my breath for it but why not?

We had our first day in 10 where the S&P rallied to green and breadth stayed red. That's a minor change. The New York Stock Exchange saw only 41% of its volume on the upside. That is also a change. That's the sloppy side of the market, which I think comes from being overbought.

The only changes to note are on the sentiment front. The National Association of Active Investment Managers saw their exposure shoot right back up as it is now at 110. A week ago, it was at 79. The only question is if it makes a higher high than three weeks ago when it tagged nearly 113. 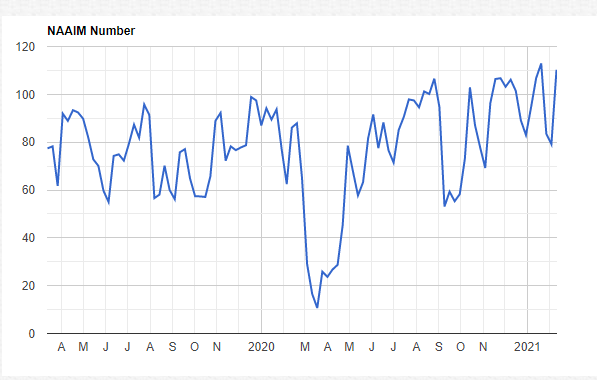 The American Association of Individual Investors who were still bearish last week have become bullish this week. The bulls are now the highest since the first week of January. The bears are the lowest since the final week of December. 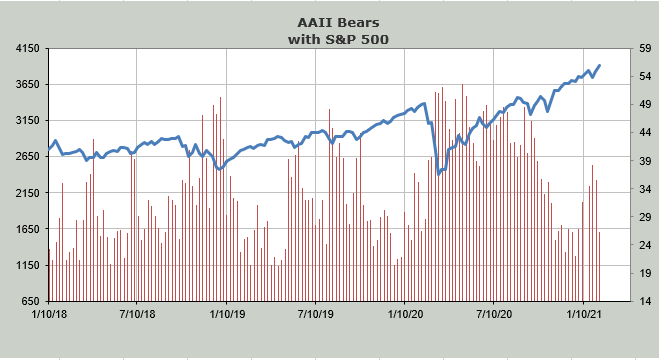 I don't think the speculation is going away, but slowly I see each group that gets hot is cooling off a bit more quickly than before. Eventually the excitement for them leaves, as well. In the meantime I still think we're due a pullback next week.