All the major equity indices closed at or near their intraday lows Tuesday with some technical weakness after reacting to President Trump's surprise tweet that he is canceling stimulus talks until after the election. However, all support levels held, which we view as encouraging. 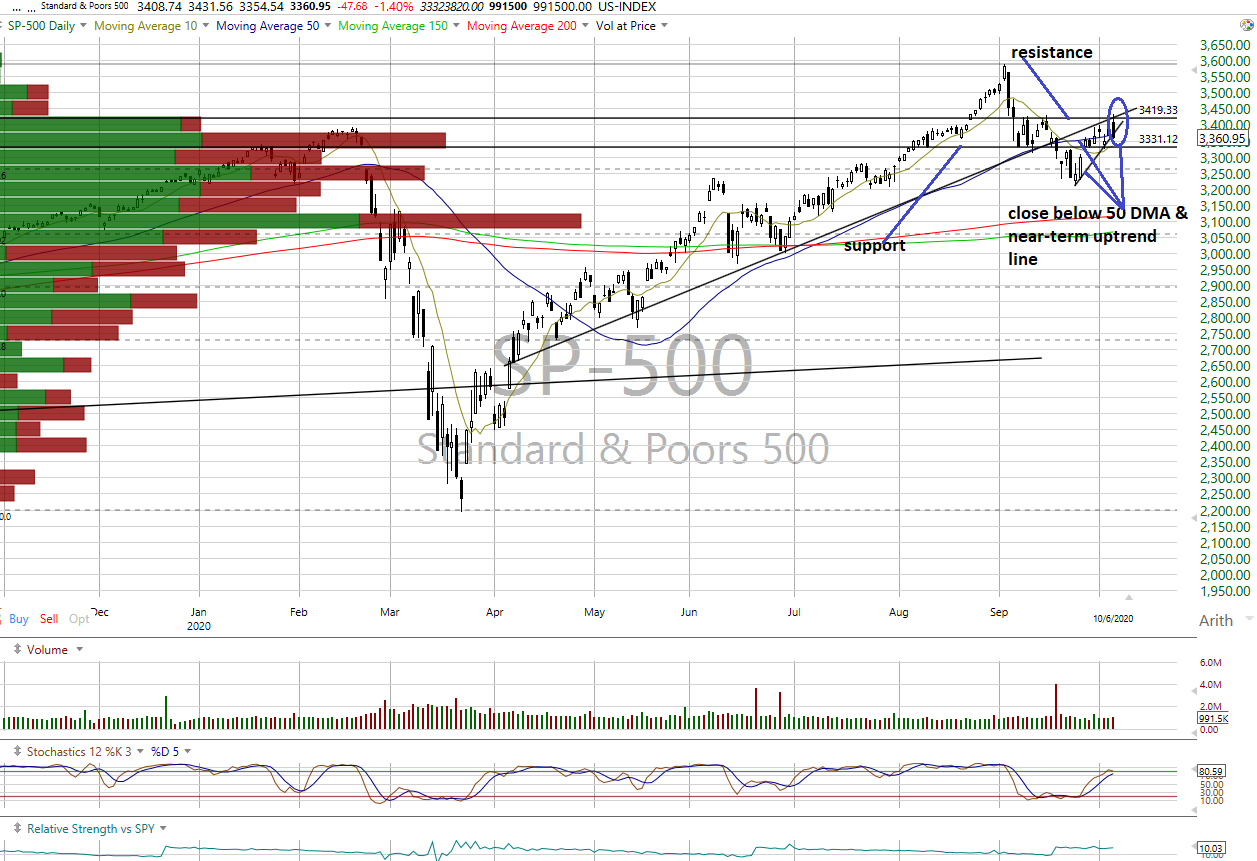 The equity indices closed lower Wednesday with negative internals on heavier trading volume as selling pressure entered the market in the latter part of the session. All closed near their intraday lows.

Some technical damage was registered on the S&P 500 (see above), Nasdaq Composite and Nasdaq 100 as all closed below their short-term uptrend lines and are now neutral.

Also, the S&P and Nasdaq 100 closed below their 50-day moving averages. In our opinion, this was largely the result of the declines in the FAANG components.

However, we think it important that no support levels were violated on any of the charts. As such, the S&P, and the Nasdaq indices are now neutral with the rest remaining in positive trends.

And while breadth was negative Tuesday, the cumulative advance/decline lines for the All Exchange, NYSE and Nasdaq remain near-term positive and above their intermediate-term downtrend lines.

The one-day McClellan Overbought/Oversold Oscillators returned to neutral from overbought, which had suggested some potential for consolidation of gains Tuesday morning (All Exchange: +41.85 NYSE: +40.3 Nasdaq: +45.71).

The counterintuitive percentage of S&P 500 issues trading above their 50-day moving average is neutral at 52.9%.

The valuation gap remains extended but less so, with the S&P 500 now trading at a P/E of 21.6x consensus forward 12-month earnings estimates from Bloomberg of $155.57 (which now include Q3 estimates) while the "rule of 20" finds fair value at 19.3x.

Tuesday's weakness was not sufficient to alter our near-term "neutral/positive" outlook for the equity markets in general.

Get an email alert each time I write an article for Real Money. Click the "+Follow" next to my byline to this article.
TAGS: Indexes | Investing | Markets | Small Cap | Stocks | Technical Analysis | Trading | U.S. Equity