During Wednesday's Mad Money program Jim Cramer continued to favor a number of cybersecurity firms, including CrowdStrike Holdings Inc. (CRWD) to keep us all safe online.

We covered CRWD on March 23 here and wrote that, "We do not have a lot of price history to work with on CRWD, but it currently shows enough positive signals to expect further gains. Risk to $30 if you want to be a buyer."

Let's check out some updated charts of CRWD.

In the daily bar chart of CRWD, below, we can see that prices have firmed up since March 23 and they are now testing the 200-day moving average line as they trade above the 50-day line.

The On-Balance-Volume (OBV) line has moved above its January-February highs and could be foreshadowing a move by CRWD to a new price high. Certainly buyers of CRWD have been acting more aggressively.

The trend-following Moving Average Convergence Divergence (MACD) oscillator is above the zero line in bullish territory.

In this limited weekly bar chart of CRWD, below, we can see a positive picture with prices testing the 40-week moving average line and the OBV line and MACD oscillator pointed higher.

In this daily Point and Figure chart of CRWD, below, we can see that prices have made a new high for this move up and the software is projecting a potential $75 price target. 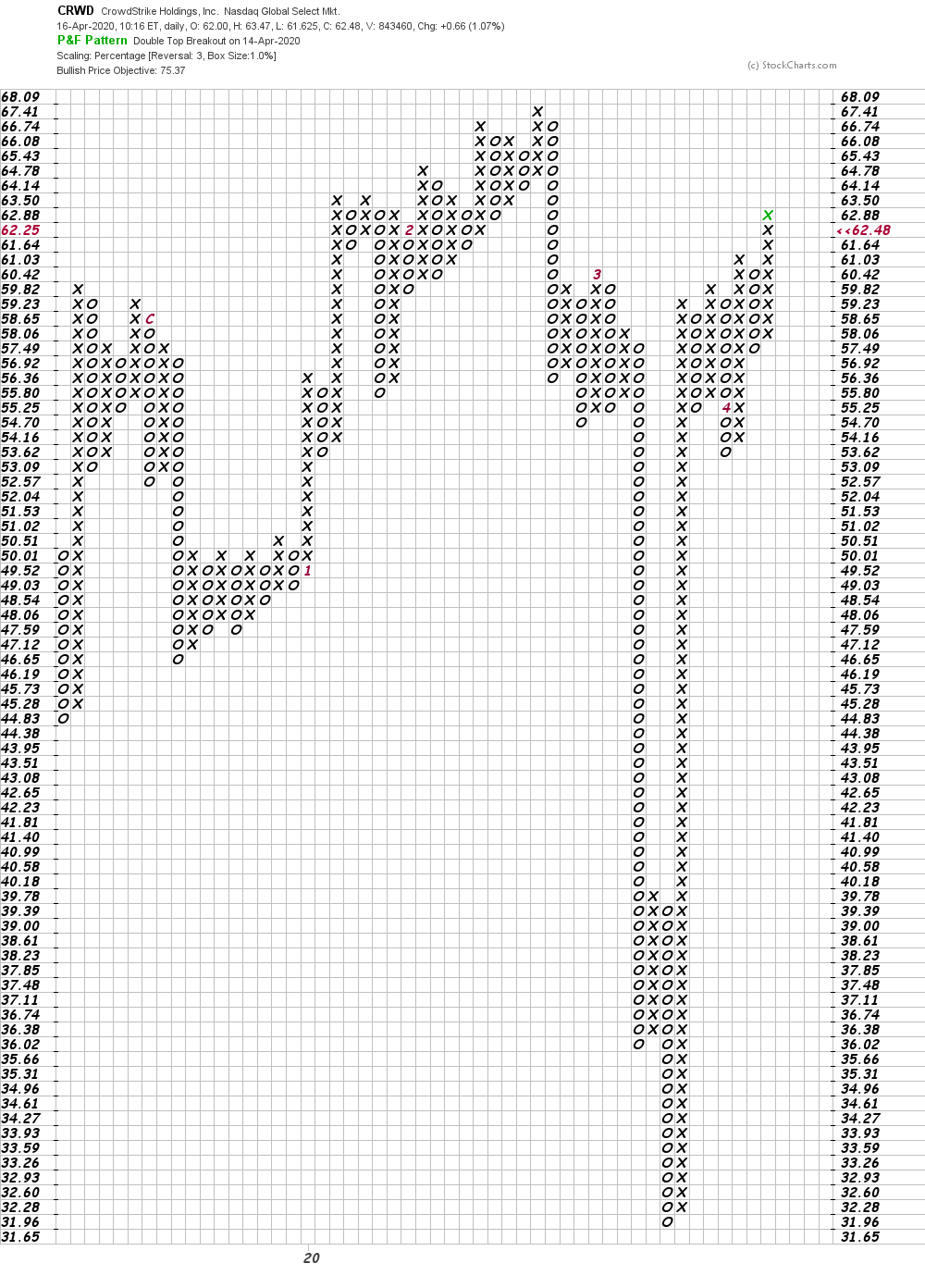 Bottom-line strategy: CRWD is ready to break out over its February high. Aggressive traders could add to longs here and raise sell stop protection to a close below $50.