On Wednesday Starbucks Corp. (SBUX) announced that Kevin Johnson was stepping down from the CEO spot and that Howard Schultz would be the interim CEO until the company finds a new leader. The stock rallied sharply.

Is this a bounce in a downtrend or the start of a recovery?

In our last review of SBUX on Jan. 21 we wrote that "Normally bears hibernate at this time of year but now they are wide awake despite having decaf. Avoid the long side of SBUX."

Let's go to the charts again.

In this daily bar chart of SBUX, below, we can see that the shares have been under pressure since late July. SBUX is trading below the declining 50-day moving average line and below the declining 200-day moving average line. Trading volume has been heavier than average so far this year telling me that the price decline has gotten the attention of traders and maybe investors.

The On-Balance-Volume (OBV) line has been in a decline which suggests that sellers are more aggressive than buyers. The Moving Average Convergence Divergence (MACD) oscillator has been bearish but might signal a cover shorts buy signal soon.

In this weekly Japanese candlestick chart of SBUX, below, we still see a bearish picture. Prices are in a longer-term decline below the bearish 40-week moving average line.

The weekly OBV line is pointed down and the MACD oscillator is in a bearish alignment below the zero line.

In this daily Point and Figure chart of SBUX, below, we see a sharp column of "X's" and a possible $112 price target. 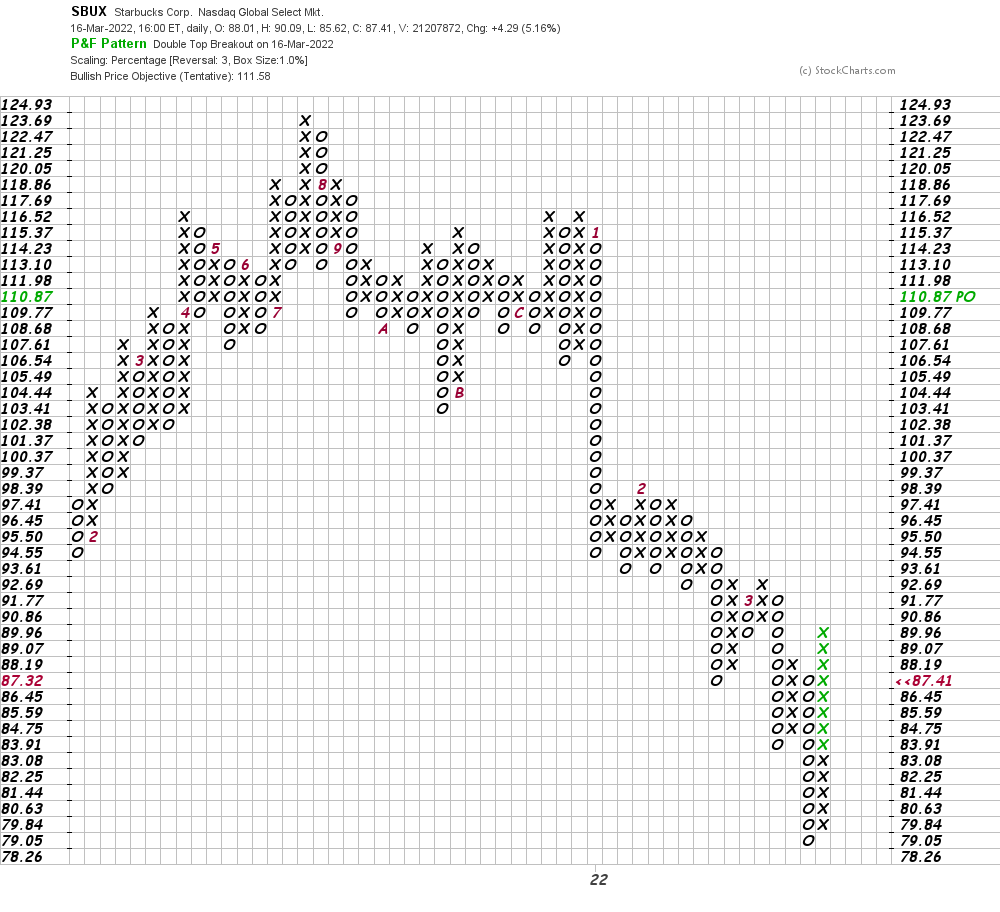 In this weekly Point and Figure chart of SBUX, below, we see a downside price target of $70. 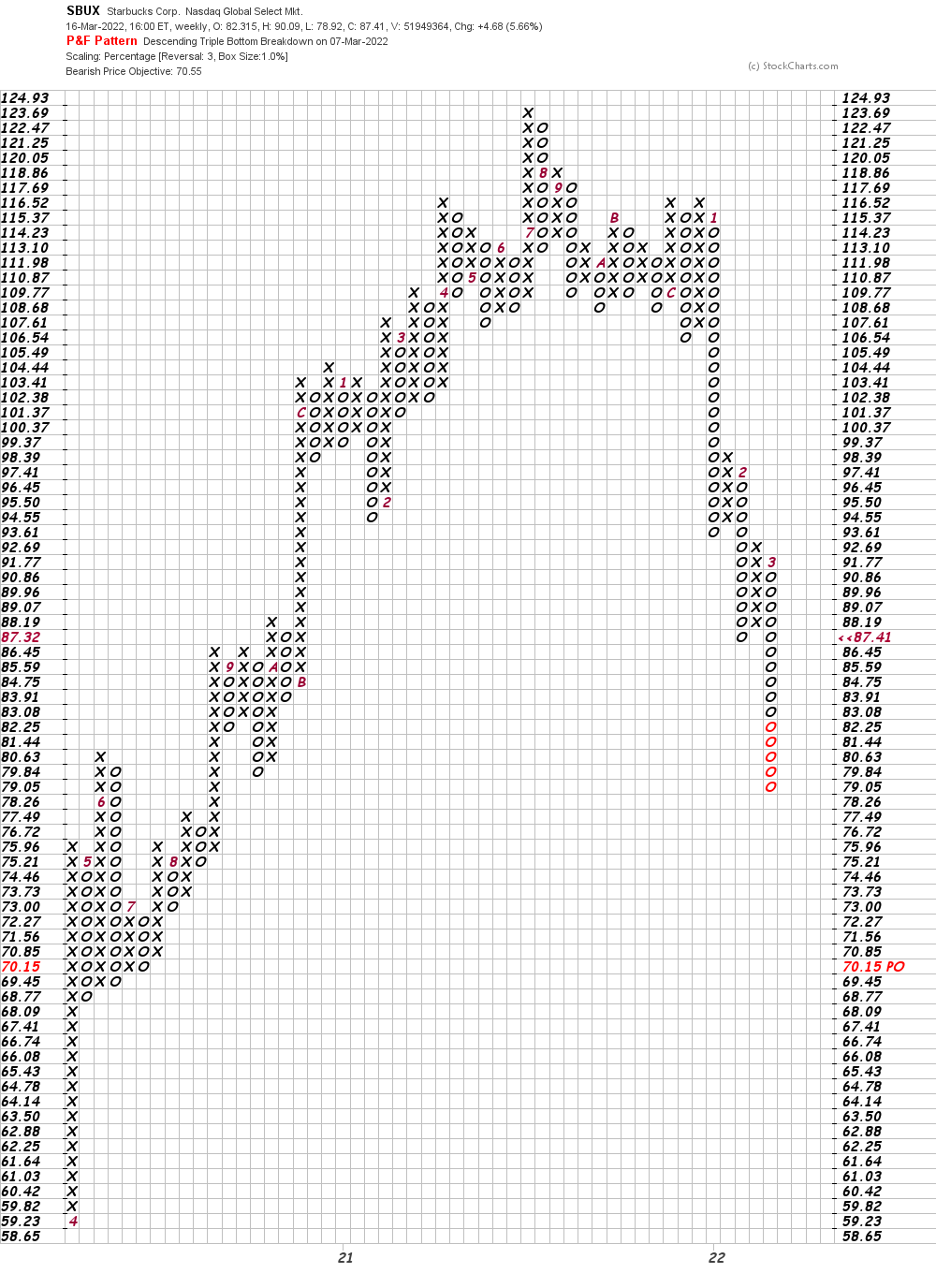 Bottom-line strategy: SBUX might need more than a new CEO and investors who look at charts will need to see a bottom formation and not just a temporary low.

Get an email alert each time I write an article for Real Money. Click the "+Follow" next to my byline to this article.
TAGS: Corporate Governance | Investing | Stocks | Technical Analysis | Beverages | Restaurants