For his final "Executive Decision" segment of his Mad Money program on Thursday night, Jim Cramer checked in Gary Steele, the new president and CEO of Splunk (SPLK)  formerly the head of the cybersecurity company Proofpoint.

Steele said there are similarities between Proofpoint and Splunk. Both companies served Fortune 500 customers and both helped customers solve their most pressing cyber problems.

Splunk is making the transition from on-premise software to subscriptions in the cloud, Steele added, and last quarter, 57% of its revenues came from the cloud.

Splunk is pioneering software that helps companies with observability, which tells engineers exactly what applications are doing. This is becoming vitally important in today's world, when engineers need to know whether they're dealing with system failures or security events.

Let's check out the charts and indicators of SPLK.

In the daily bar chart of SPLK, below, we can see that the shares have made two notable declines from November -- a November-December decline and an April-May decline. The slopes of our popular 50-day and 200-day moving averages are negative.

The daily On-Balance-Volume (OBV) line has trended sideways to lower from November. The Moving Average Convergence Divergence (MACD) oscillator made a low in December and a higher low in May even though prices made a lower low. This is a bullish divergence but I would not put a lot of weight on it.

In this weekly Japanese candlestick chart of SPLK, below, we can see some encouraging lower shadows. The weekly OBV line is likely to make a higher low and the MACD oscillator is narrowing.

In this daily Point and Figure chart of SPLK, below, we can see an upside price target in the $151 area. 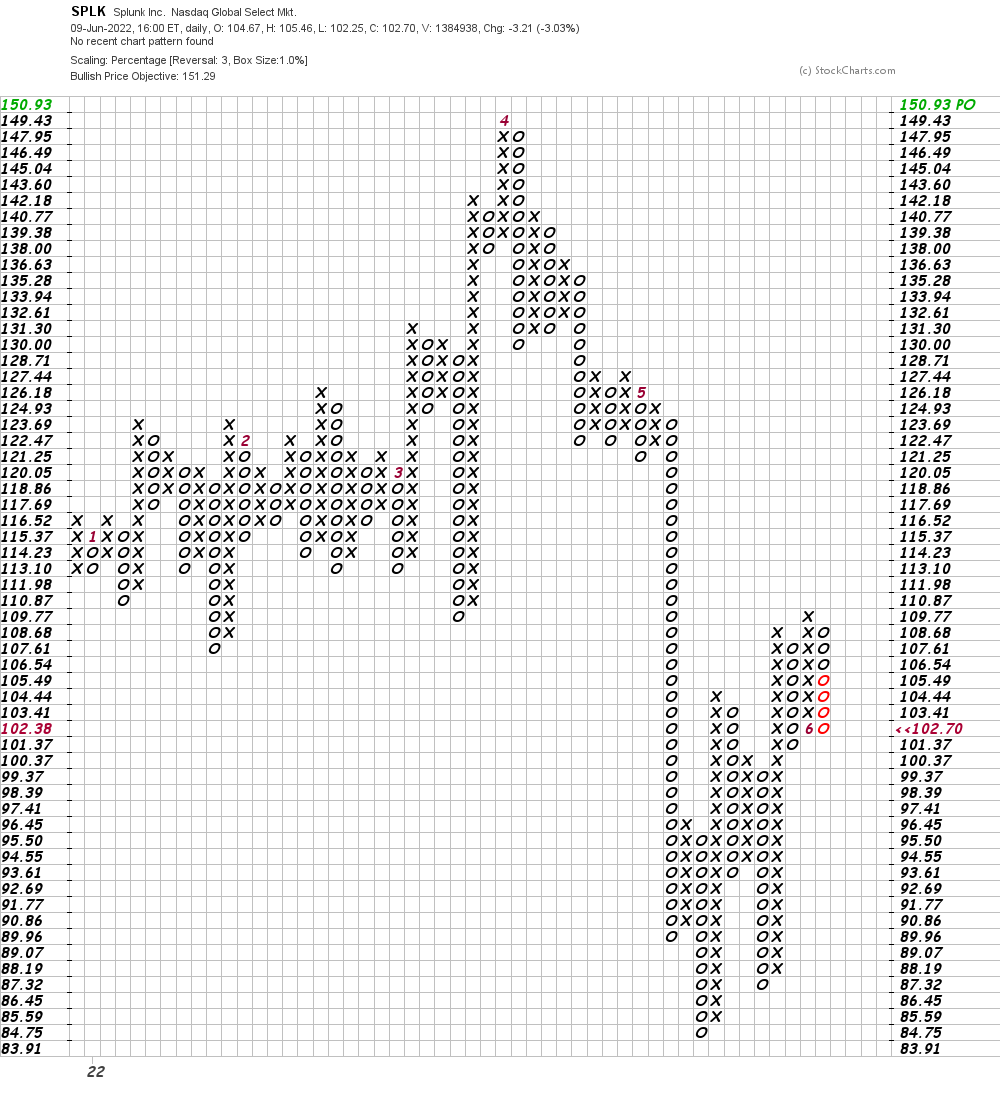 In this weekly Point and Figure chart of SPLK, below, we can see a price target of only $127. 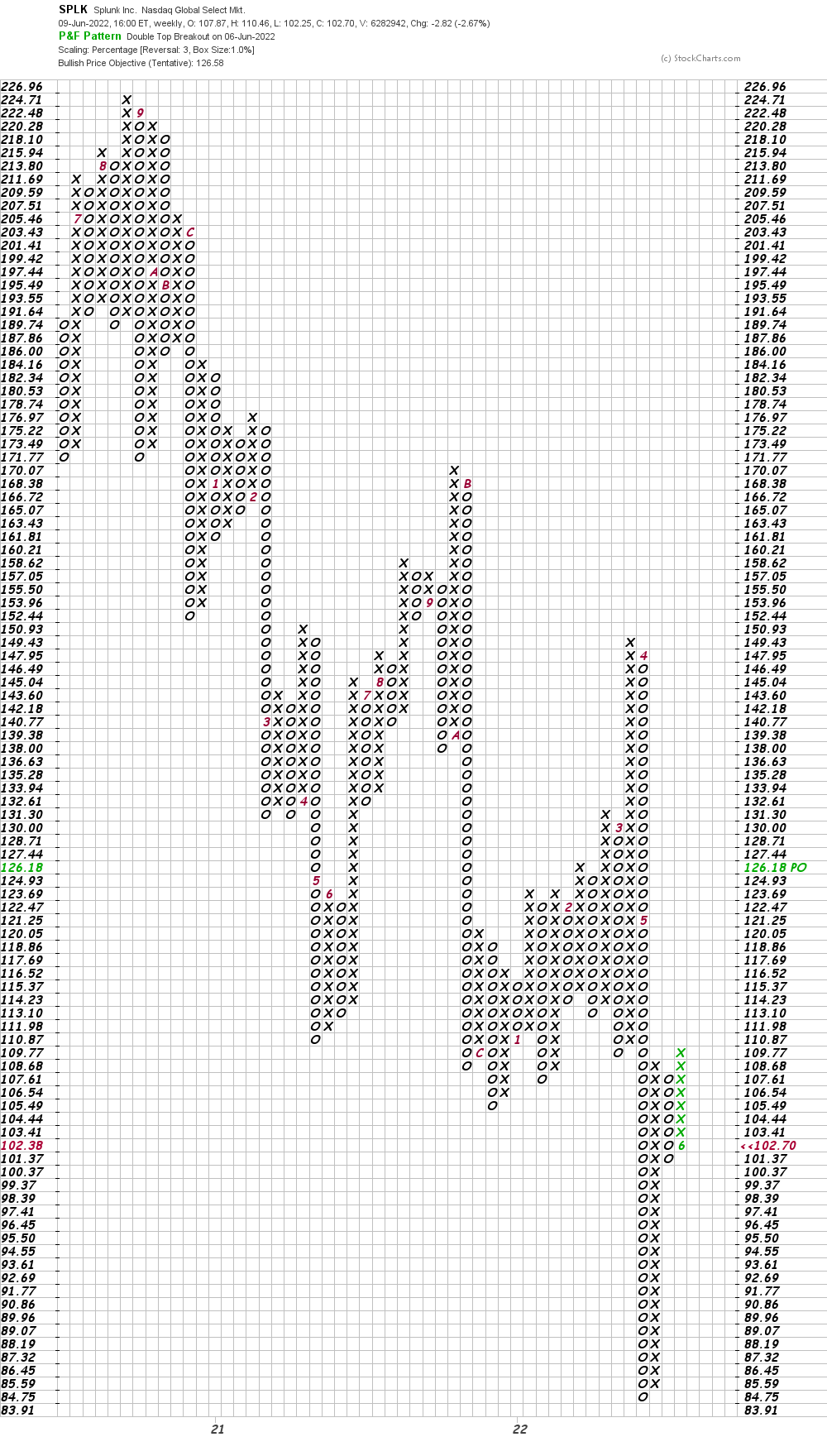 Bottom-line strategy: In the short-term shares of SPLK could retest the $100-$90 area and continue to broaden its nascent base pattern. Optimistically, a rally to the $127 area and the underside of the 200-day moving average line could unfold if the broader market has a stronger bear market recovery.