Slack Technologies Inc. is generating excitement as it prepares to hit the New York Stock Exchange (NYSE) on Thursday under the ticker (WORK) .

However, Slack's rare strategy of direct listing rather than a traditional initial public offering could make its IPO day quite different from similar technology stocks such as Zoom Video Communications Inc.  (ZM) that saw shares surge in a traditional IPO process.

In its prospectus, the San Francisco-based company indicated it will pursue a direct listing, ala Spotify Technology  (SPOT) , for its class A common stock.

The listing technique allows investors to sell shares without a lockup period and also prevents dilution by selling shares to underwriters on the deal.

"While this is only the second direct listing (following Spotify), this is a sign that technology companies are increasingly looking to IPO on their terms: retaining more control over the process, not looking to raise money, and ditching the IPO bankers and their fees in the process," Leung said. "For a company like Slack, it makes total sense to go public in this way. They fall into the right category, they're a household name and have raised a lot of money."

Leung acknowledged there is the issue of the initial raising of capital on IPO day to ensure liquidity. However, the availability of capital to household tech names through numerous means makes it a smaller issue in her view.

"The total value of private market investment surged 57.8% in 2018, the tenth consecutive year in which private share sales were worth more than those in public markets," Leung said. "This trend is continuing throughout 2019, with venture investment flows far outpacing public-market fundraising."

Essentially, if raising capital was the aim, staying private would have been a safe bet.

Before any discussion on listing techniques, investors will need to know what their getting.

As with many new names on exchanges this year, Slack is a red-hot technology name that is getting a massive valuation despite a lack of profits.

According to The Wall Street Journal, Slack is set to fetch a $15.7 billion valuation on its first day, kicking off trading at $26 per share.

Considering its household name status, rapid revenue and user base growth, and precedent of partnered company Zoom Video, Slack shares are expected to pop on the open through this more democratized strategy.

Yet, the valuation level is over twice what was expected in private markets, begging the question as to whether the company is coming in too hot despite rapid revenue and user growth in recent years alongside smaller relative losses. 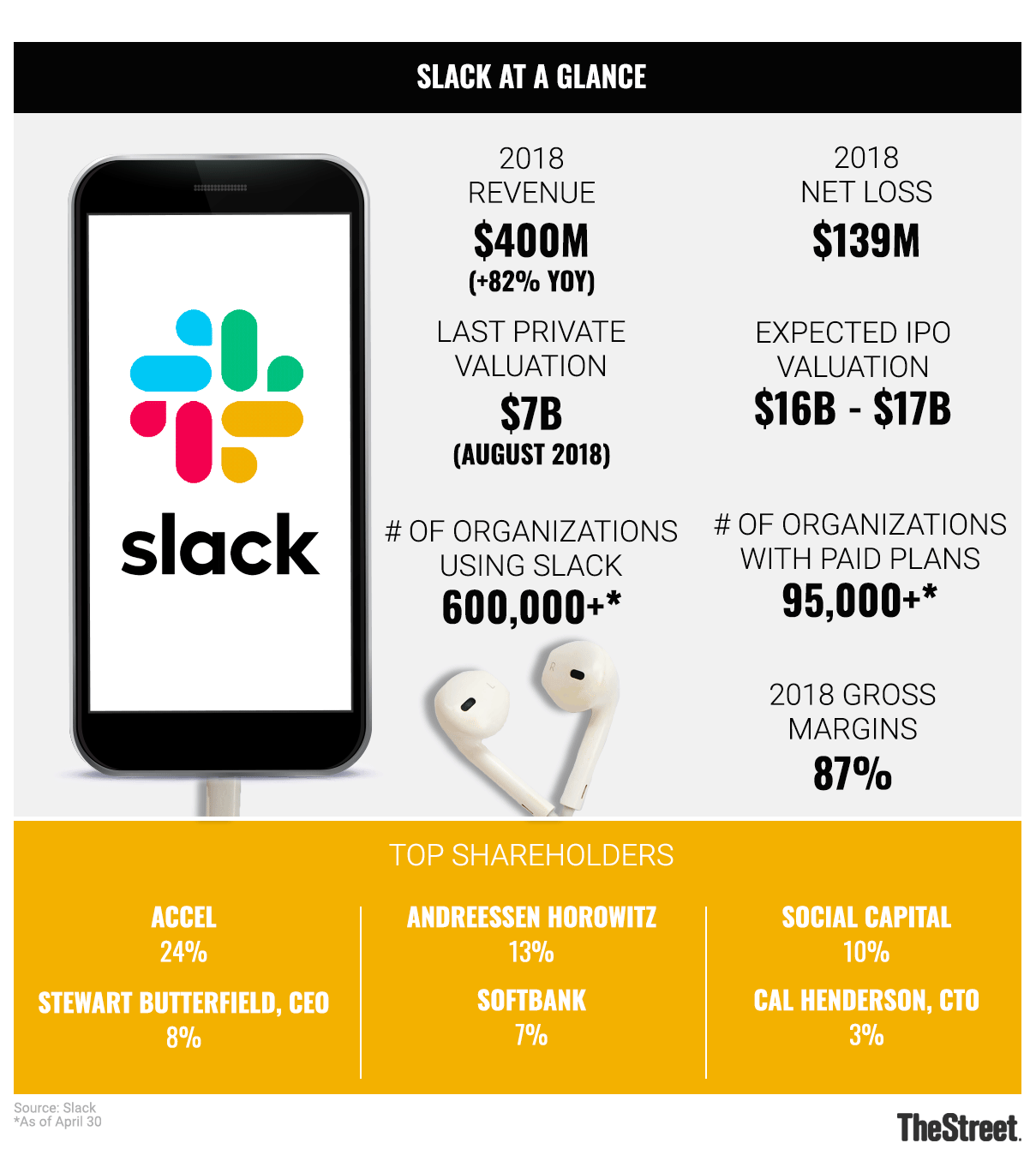 "For all the good things that can be said about Slack's top-line growth, the quality of its collaboration tools and the strength of its app and services ecosystem -- and I've said a few such things myself -- such a valuation should give investors pause, particularly in light of Slack's cash burn and intensifying competition from Microsoft (MSFT) ," Real Money contributor Eric Jhonsa warned.

In addition, with no profits yet reached at Slack, the sustainability of such a lofty valuation is a key question for prospective buyers on the day.

"There has been a huge focus on user growth in the tech IPO market, but today's investors are asking more questions about underlying sustainability and value," Amir Salihefendic, CEO of European Slack competitor Doist, told Real Money. "For example, Uber and Lyft are incredible growth stories, but there are major concerns about their path to profitability and the economic foundations of their business model... Investors have to weigh the incredible growth story in context of these other considerations."

In another important note, investors need to be wary of the dual class share structure at Slack that has been the subject of scrutiny for IPO peers such Lyft Inc.  (LYFT) and Chewy Inc.  (CHWY) .

Investors and academics have criticized this structure extensively on business grounds, which could temper institutional buy-in and action among more governance-focused investors.

To read the full prospectus before trading begins under the new ticker WORK, click here.
Get an email alert each time I write an article for Real Money. Click the "+Follow" next to my byline to this article.
TAGS: IPOs | Regulation | Investment Banking | Investing | Stocks | Software & Services | Technology | Telecommunications | Real Money | Analyst Actions | Stock of the Day

The charts and indicators of the operator of a cloud-based artificial intelligence lending platform are largely bearish.