In his second "Executive Decision" segment of Mad Money Wednesday night, Jim Cramer sat down with Virginia Drosos, CEO of Signet Jewelers Ltd. (SIG) , which has seen its share price fall sharply in recent weeks, returning it to the lows of the year. Despite stock slide, Drosos said she's very excited for the holiday season and Signet has a lot of new and exciting things in store.

Instead of looking at the fundamentals let's concentrate on the charts and indicators. In the daily bar chart of SIG, below, we can see a gap to the upside in early June followed by a rolling over from July to October. Prices test the slightly rising/flattish 200-day moving average line in late October and a rebound rally in early November fails around the declining 50-day moving average line. Earlier this month SIG gapped down below the declining 200-day line and sank to retest the April low.

The daily On-Balance-Volume (OBV) line shows a peak in early June with faster declines from September. The declining OBV line tells me that sellers of SIG have been more aggressive.

The trend-following Moving Average Convergence Divergence (MACD) oscillator gave a take profits sell signal in late June and an outright sell signal in October as it crossed the zero line.

In the weekly bar chart of SIG, below, we can see a three-year decline. Prices are below the flat 40-week moving average line. The weekly OBV line has been weakening the past three months.

The weekly MACD oscillator just crossed the zero line for a sell signal on this longer time frame.

In this Point and Figure chart of SIG, below, we can see a large distribution (selling) top pattern with a potential downside price target of $24. 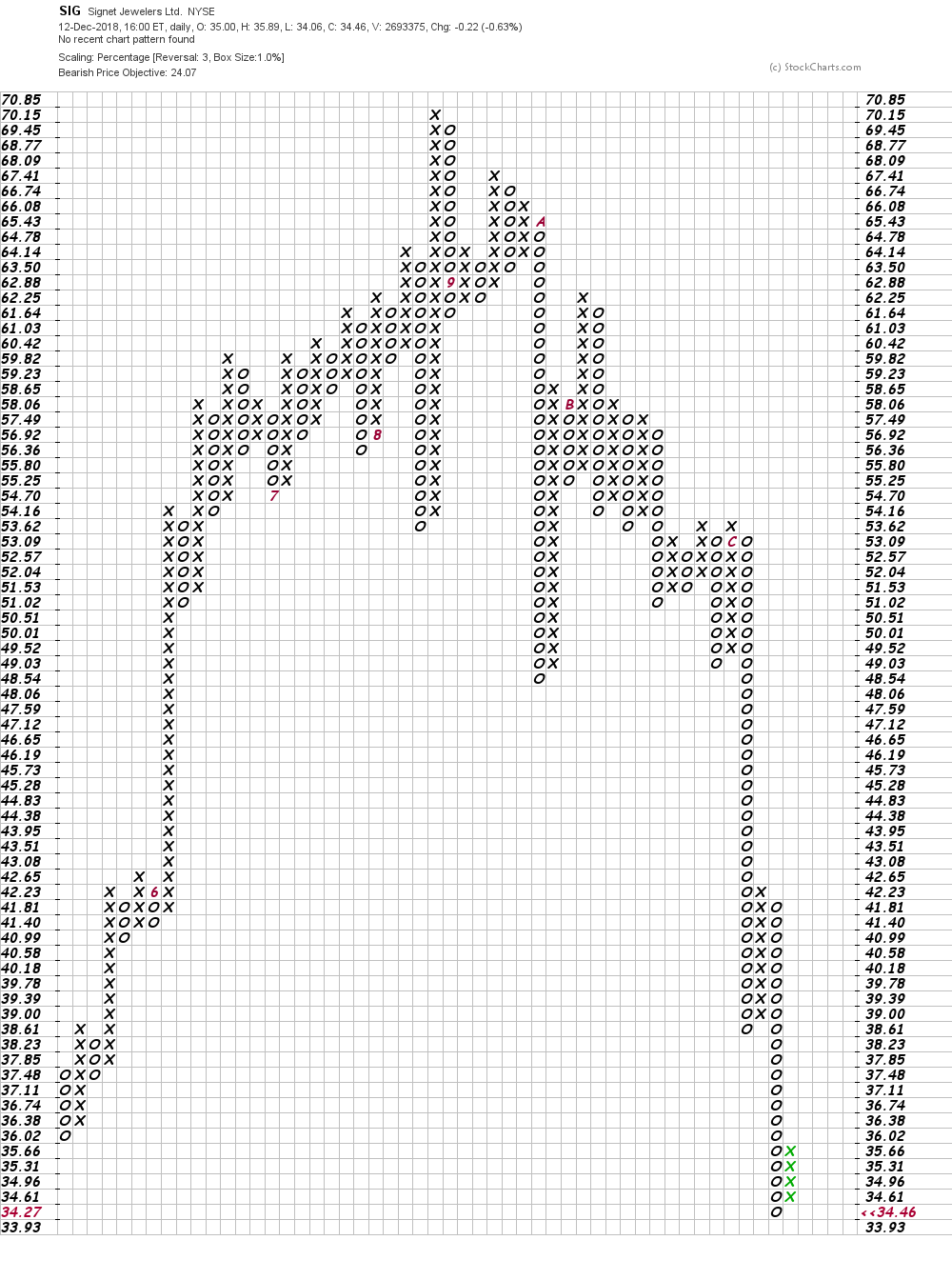 Bottom-line strategy: The charts and indicators of SIG are not sparkling and I find no reason to approach the long side.

Get an email alert each time I write an article for Real Money. Click the "+Follow" next to my byline to this article.
TAGS: Investing | Stocks | Technical Analysis | United States | Mad Money | Executive Interview