All the major equity indices are in their near-term uptrends. Indeed, several saw violations of resistance Friday while the Dow Jones Transports made another new closing high.

However, the data continue to imply the potential for a pause consolidation of the recent gains over the very near term while valuation looks extended. 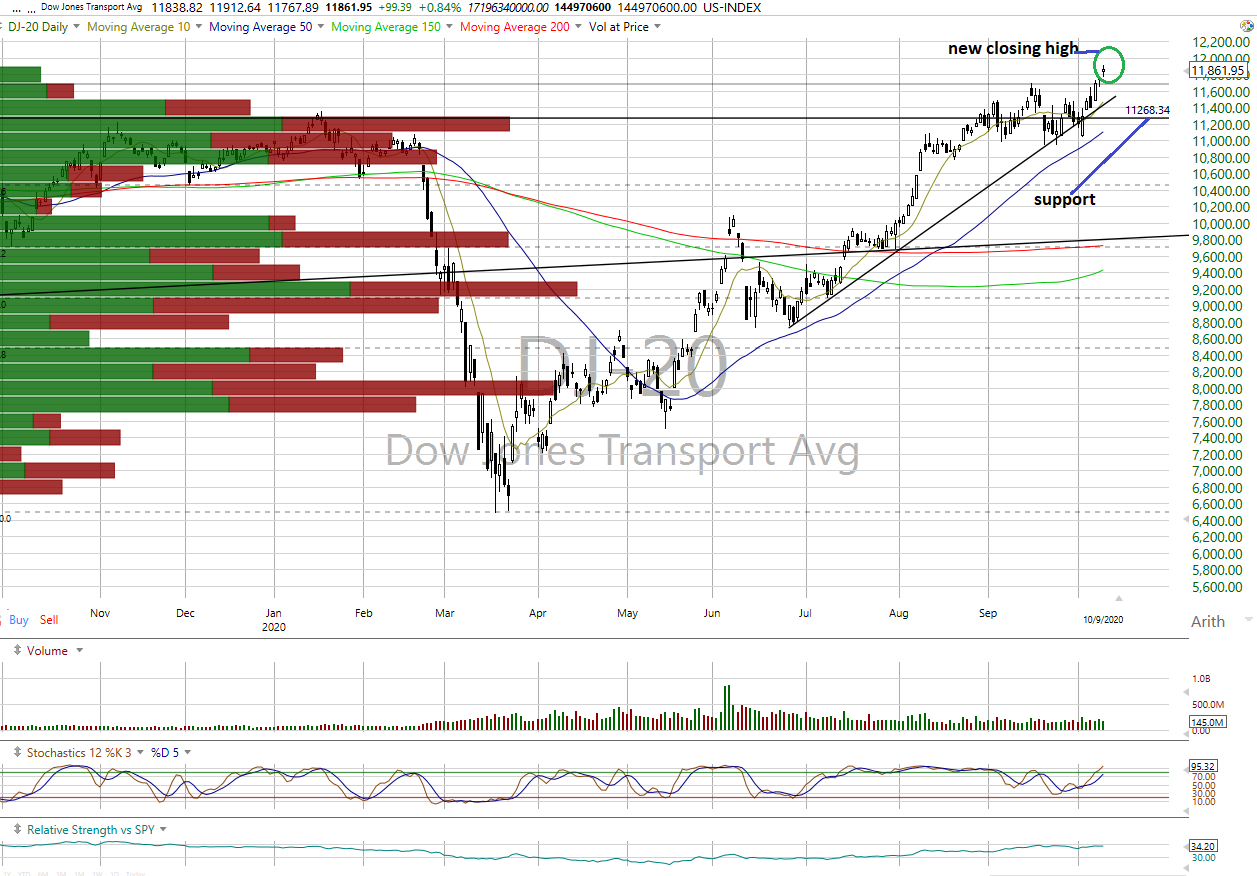 All the equity indices closed higher Friday with positive internals on the NYSE and Nasdaq. All the charts remain in near-term uptrends and have yet to generate sell signals.

The DJIA, Nasdaq Composite and Nasdaq 100 closed above their respective resistance levels while the Dow Jones Transports (see above) made another new closing high.

The cumulative advance/decline lines for the All Exchange, NYSE and Nasdaq remain positive and above their 50-day moving averages.

The stochastic levels are well into overbought territory in the mid-to upper 90s but have yet to generate and bearish crossover signals. We would note they are capable of staying overbought for extended periods.

The data remains a bit cautionary for the short term and continues to suggest the potential for slower progress with a pause/consolidation of recent gains.

The one-day McClellan Overbought/Oversold Oscillators increased their overbought conditions (All Exchange: +88.57 NYSE: +82.99 Nasdaq: +94.67). They are now overbought on their 21-day levels as well.

The Open Insider Buy/Sell Ratio is neutral, declining again to 30.5 while the detrended Rydex Ratio (contrary indicator) shows the leveraged ETF traders remain leveraged long at +0.96. While not a glaring negative, the recent increase of insiders selling into strength is something to watch closely.

The counterintuitive percentage of S&P 500 issues trading above their 50-day moving averages is neutral at 52.9%.

The valuation gap remains extended with the S&P 500 trading at a P/E multiple of 22.3x consensus forward 12-month earnings estimates from Bloomberg of $155.60 per share while the "rule of 20" finds fair value at 19.2x. This valuation extension has been present for the past several months.

The charts remain positive while the data continue to imply we may be entering a period where a pause/consolidation of recent gains may be becoming more likely. Nonetheless, we are maintaining our near-term "neutral/positive" outlook for the equity markets.