Decarbonization Plus Acquisition Corporation III (DCRC) is a SPAC that has entered into an agreement to merge with Solid Power, which is a manufacturer of solid-state batteries.

Solid-state batteries do not use the liquid electrolyte that is found in conventional lithium-ion batteries. The batteries are lighter, have a greater energy density, and allow an electric vehicle to travel further. Ford (F) representatives have stated that they believe that the industry will start to transition over the next decade.

Ford invested in Solid Power in 2019. In 2021 Ford and BMW led another funding round of $130 million. Thursday morning SK Innovation of South Korea announced it is investing $30 million in Solid Power for the manufacturing of all-solid-state batteries.

One of Solid Power's main competitors is QuantumScape (QS) , which has a market cap substantially higher than that of DCRC, although Solid Power may actually be further advanced in the development of its battery.

An issue with this stock is that it is a SPAC and has not yet set a date for the vote to approve the merger. It should occur before the end of the year, but in the meantime, there will be arbitrage pressure due to the SPAC mechanism, which often keeps SPACs close to the $10 redemption level. SPACs have to deal with issues other than valuation, but that can also create good entry opportunities. 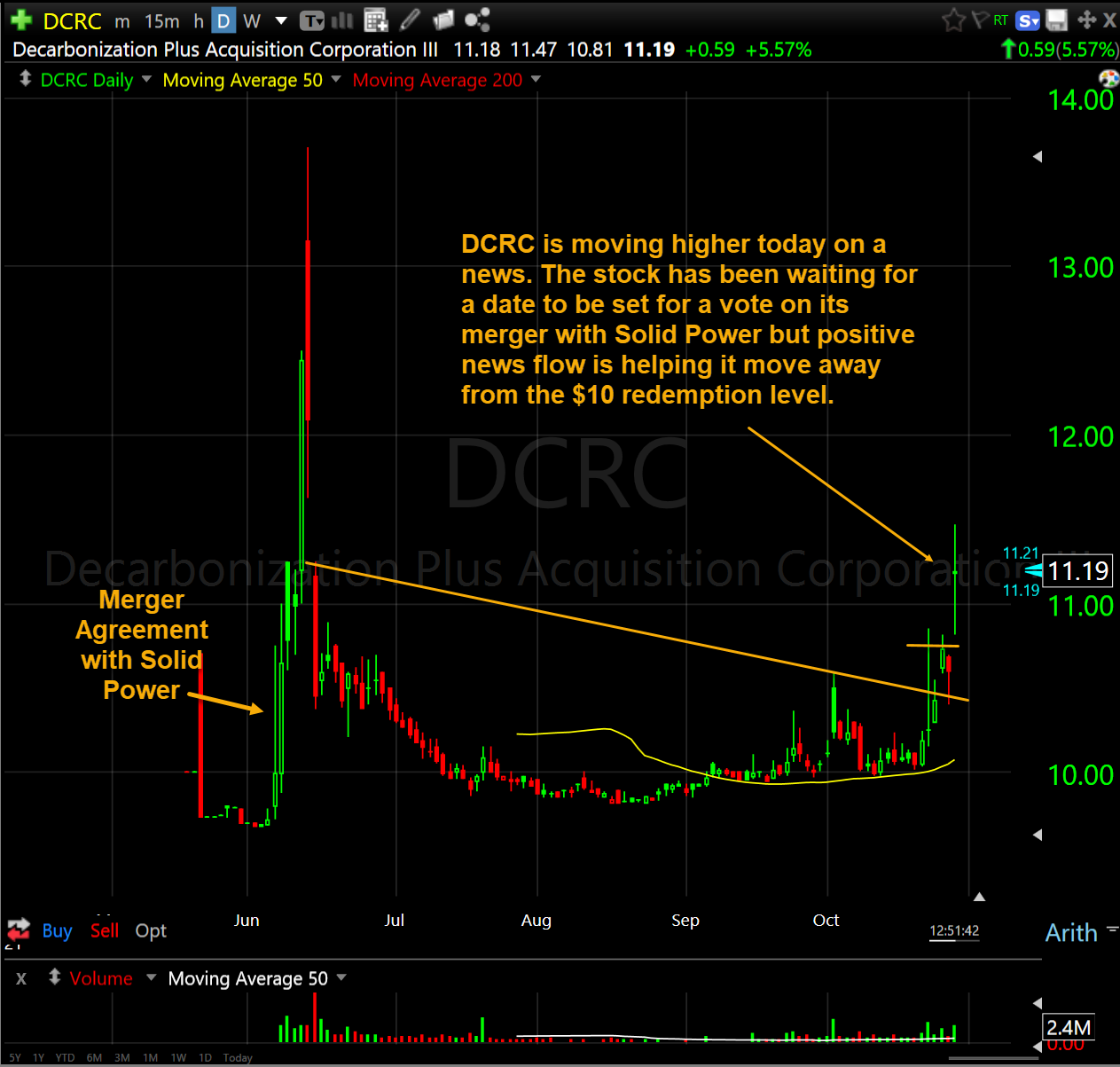 Please note that due to factors including low market capitalization and/or insufficient public float, we consider DCRC to be small-cap stock. You should be aware that such stocks are subject to more risk than stocks of larger companies, including greater volatility, lower liquidity and less publicly available information, and that postings such as this one can have an effect on their stock prices.

Get an email alert each time I write an article for Real Money. Click the "+Follow" next to my byline to this article.
TAGS: Investing | Small Cap | Stocks | Trading | Electric Vehicles