Mehrotra repeated that all of Micron's end markets remain very strong, and they're both diversified and secular growers. Those markets include the data center, now Micron's largest segment, along with cell phones, PCs, autos and IoT devices.

When asked about slowing cell phone sales in China, Mehrotra reminded investors that while user growth in smartphones is leveling off, the transition to 5G wireless means there are more, and more profitable, chips in each device. Some manufacturers are making adjustments in China, he said, but Micron is not seeing any major impacts.

Let's check out the charts and indicators of MU.

In the daily bar chart of MU, below, we can see that the shares have been struggling since January. Prices are retesting their October lows and the risk is for further declines.

The slopes of the 50-day and 200-day moving averages are bearish and the On-Balance-Volume (OBV) line is soft to lower, telling us that sellers of MU have been more aggressive than buyers.

The Moving Average Convergence Divergence (MACD) oscillator is below the zero line but we might see a cover shorts buy signal in the days ahead.

In the weekly Japanese candlestick chart of MU, below, we see a potentially troubling chart pattern -- a large double-top pattern. There are twin peaks in the $95-$100 area and a "neckline" around $66 or so. A weekly close below $66/$65 would likely precipitate further declines.

In this daily Point and Figure chart of MU, below, we can see a downside price target in the $59 area. 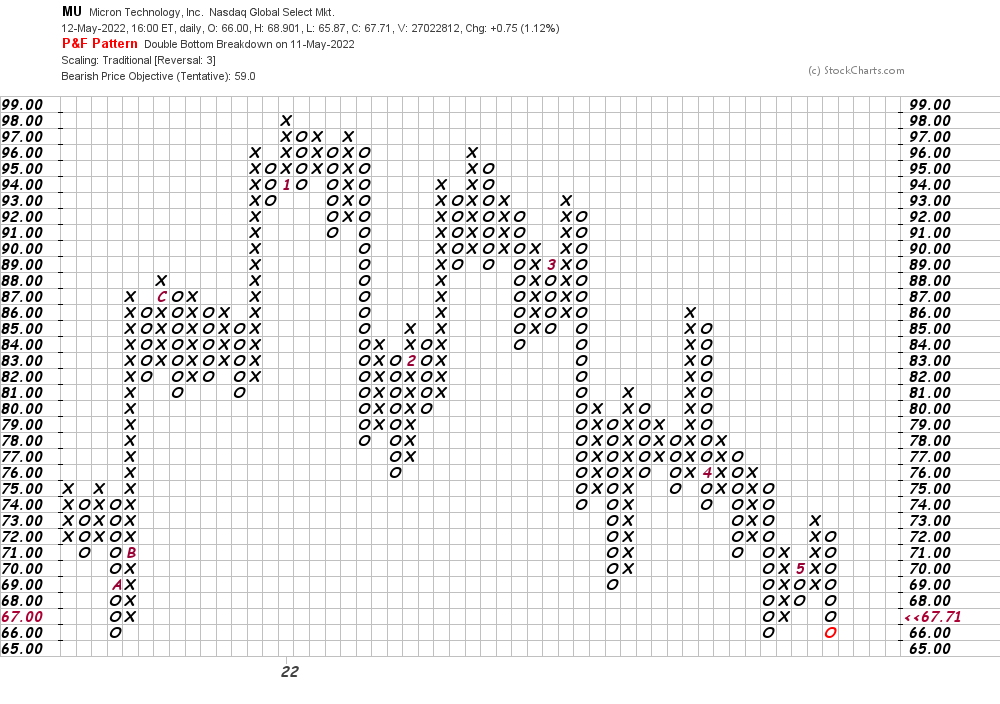 In this weekly Point and Figure chart of MU, below, we can see a price target in the $54 area. 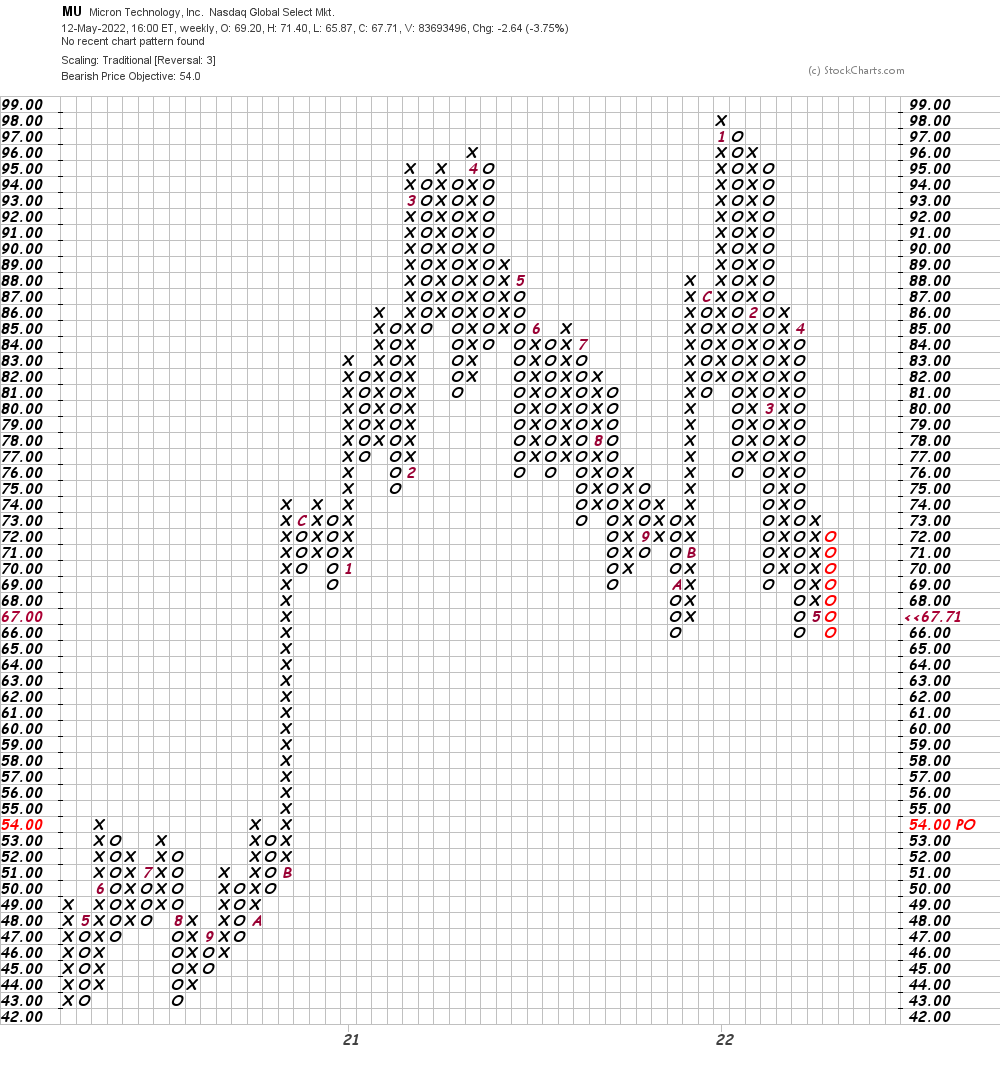 Bottom-line strategy: Similar to other stocks that have suffered declines, MU could stage a temporary rebound in price but the longer-term picture suggests further price weakness ahead. I would sit out any near-term bounce in MU as the double top pattern worries me.

Get an email alert each time I write an article for Real Money. Click the "+Follow" next to my byline to this article.
TAGS: Investing | Stocks | Technical Analysis | Semiconductors & Semiconductor Equipment | Technology