Everyone has their favorite part of the Mad Money program on CNBC. Some viewers love Jim Cramer's animated style in an industry where boring is almost regulated. Some like the CEO interviews and his take on IPOs that they wish they could snag an allocation. The Lightning Round is a chance for fans to ask about stocks they are interested in and Wednesday night one caller asked about Shake Shack Inc. (SHAK) : "Let it come down and then make your move. Take a pass up here," was Cramer's response.

Let's take a look at the charts and indicators and maybe the menu too.

In the daily bar chart of SHAK, below, we can see a stock that has more than doubled in price in less than one year. This is the kind of price performance we come to expect from cutting-edge technology companies but this is a chain of burger restaurants. Go figure. SHAK is trading above the rising 50-day moving average line but it looks to be very extended above the rising 200-day line.

Trading volume has come in fits and starts and occasional surges, which is not the way we want to see things in the front of the house. The daily On-Balance-Volume (OBV) line only rallies from early May to late August before it begins to weaken. A weak OBV line means that sellers have become more aggressive and hints that early buyers are taking their winnings and going home. 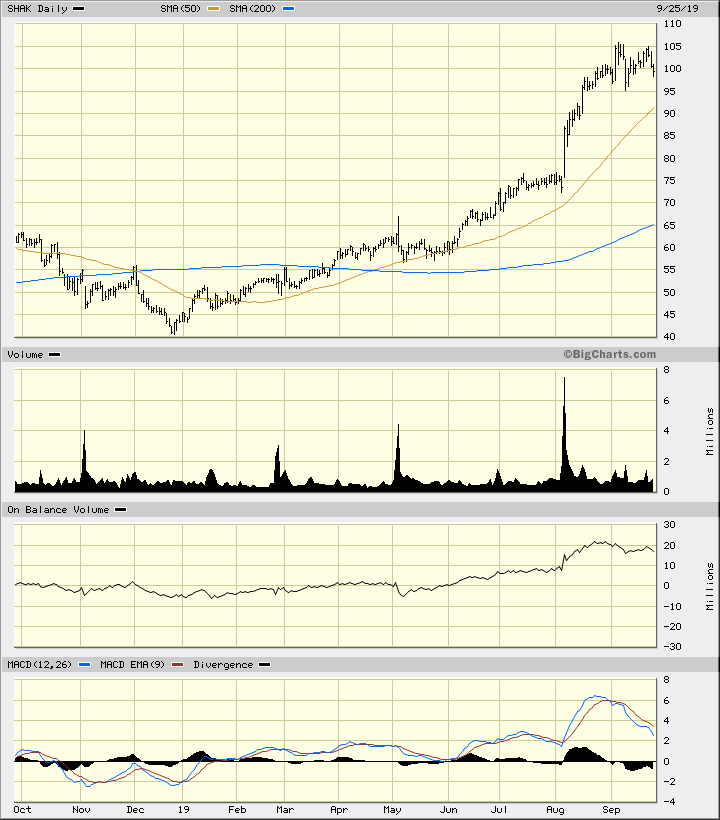 In the weekly bar chart of SHAK, below, we can see that the restaurant business has its ups and downs like the decline from $70 to near $40 last year. Prices are above the rising 40-week moving average line. Based on the limited price history SHAK is extended above the 40-week line.

The weekly OBV line is showing strength from May but has leveled off again in September. Are buyers of the stock as loyal as visitors to the restaurant? Let's check further. 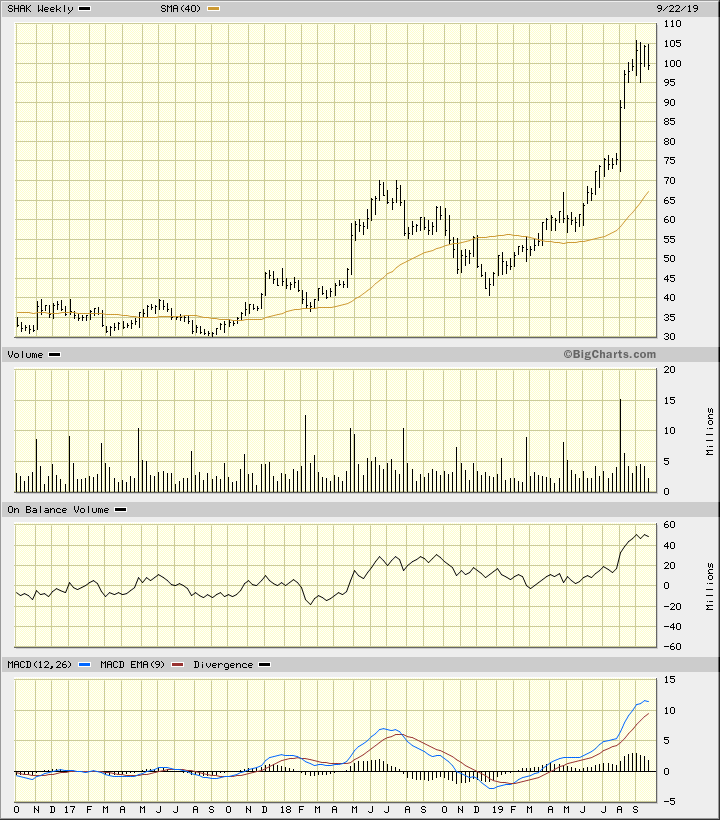 In this Point and Figure chart of SHAK, below, we can see a relatively nearby price target of $92 being projected. A close around $92 will give us a close below the low of the high week seen in early September. This is a quick-turning reversal pattern should it happen and it would probably precipitate further declines toward next chart support around $75. 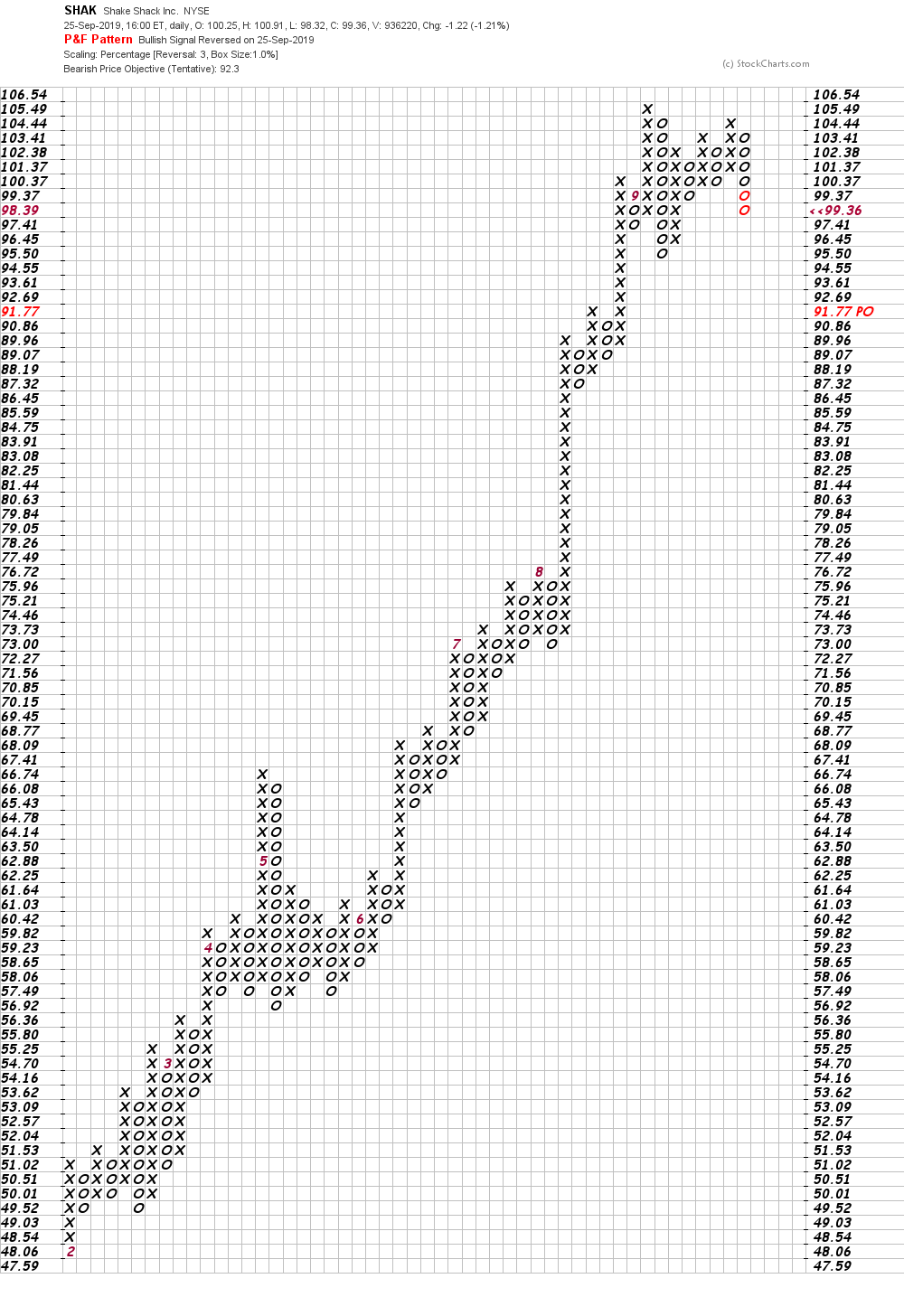 Bottom-line strategy: Danny Meyer is a very talented businessman but stocks move in cycles and it looks like SHAK is going to correct further to the downside. Let's stand aside until we find something really special on the menu.

Get an email alert each time I write an article for Real Money. Click the "+Follow" next to my byline to this article.
TAGS: Investing | Stocks | Technical Analysis | Restaurants | Mad Money