McClain said the market for identity management is huge as many companies are still struggling with legacy systems. He said the old security model was to have strong firewalls around a centralized network. But in today's cloud-enabled, work-from-home world, applications and data are everywhere, which calls for new models.

Identity management is a central control point for modern company networks, McClain said. Not only do they control who has access and who doesn't, but they also control which applications and services every employee needs. That way, even if an identity is compromised, the damage can be contained.

Let's check out the charts and indicators of SAIL.

In this daily bar chart of SAIL, below, we can see an impressive four-fold rally from last March. Prices are trading above the rising 50-day moving average line, but the number of tests of the 50-day line since November is a little troubling. The On-Balance-Volume (OBV) line shows a rise from early April to confirm that traders have been more aggressive buyers, but the line has been flat since late December and now suggests that volume is more balanced. The Moving Average Convergence Divergence (MACD) oscillator has been weakening since late December even as prices have moved higher. This is a bearish divergence and needs closer attention.

In this weekly Japanese candlestick chart of SAIL, below, we can see some different clues. In the first three weeks of February we see a top reversal pattern. The weekly OBV line has been almost flat the past three months, suggesting a balance between buyers and sellers. The MACD oscillator has narrowed in recent weeks and is poised for a downside crossover and take profit sell signal.

In this daily Point and Figure chart of SAIL, below, we can see a potential upside price target of $72, but we can also see that a decline to $53 could weaken the picture. 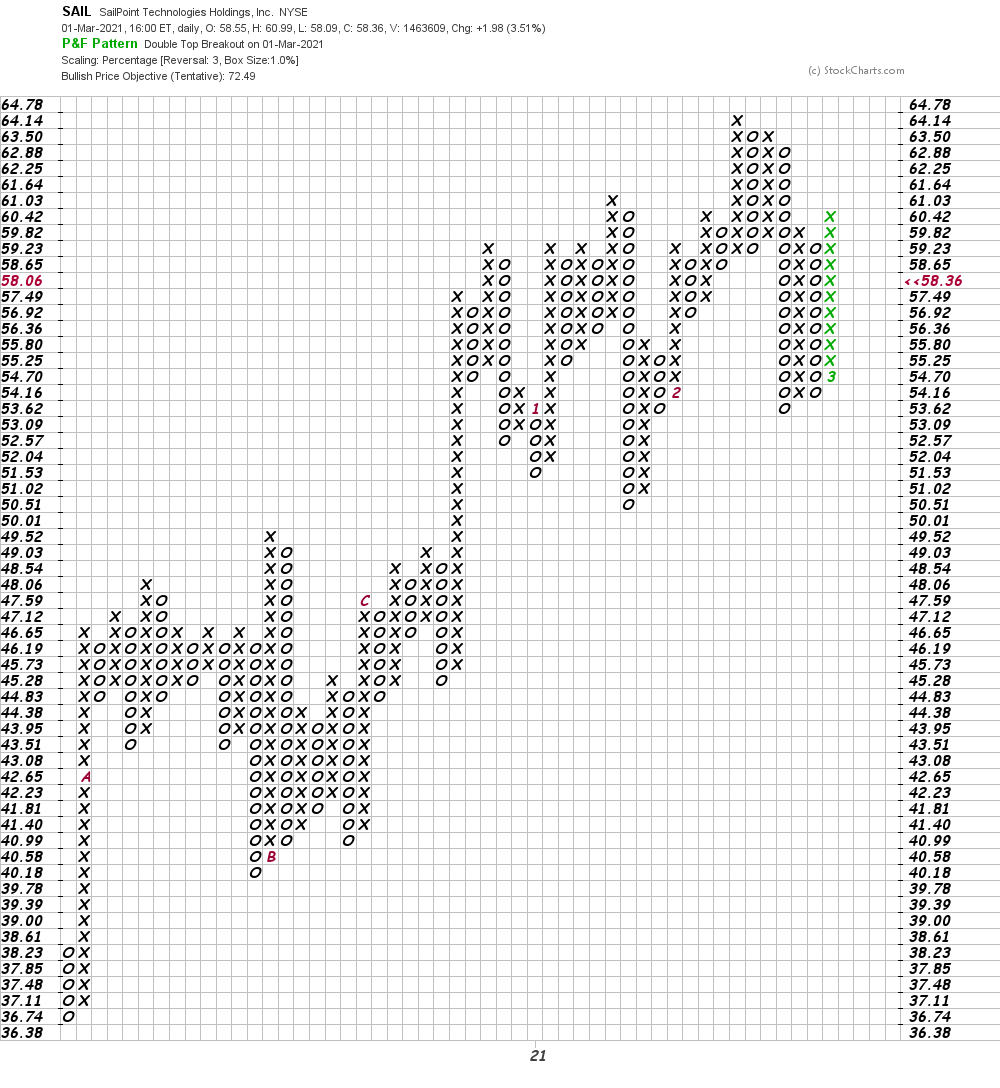 Bottom line strategy: Unfortunately in today's environment cyber security is a growth industry. SAIL has made an impressive advance over the past 12 months. The rally could keep going, but a period of sideways price action before renewed gains seems more likely with neutral OBV lines.