Several technical improvements have appeared on the charts, with the S&P 500 actually making a new closing high. However, the data dashboard is now flashing some cautionary signals.

Let's look at the charts and indicators to see where the markets may be headed. 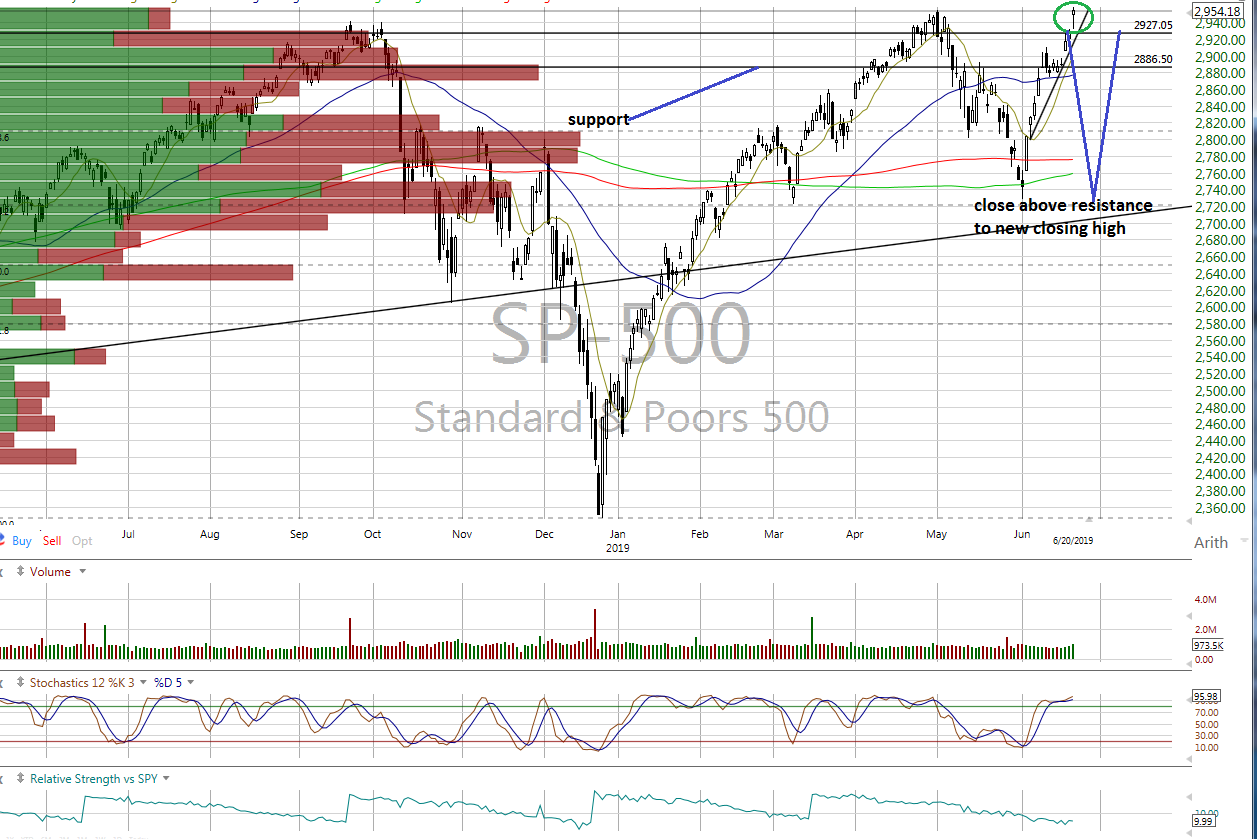 The S&P 500 (see above), DJIA, Nasdaq 100, Dow Jones Transports, S&P MidCap 400 and Russell 2000 all closed above their respective resistance levels with the S&P actually managing to post a new closing high.

The action in the Transports turned its short-term trend to positive from neutral while the Value Line Arithmetic Index closed above its 50-day moving average, leaving only the Transports unable to achieve that goal at this point.

As such, all of the indices are in short-term uptrends as are the cumulative advance/decline lines for the All Exchange, NYSE and Nasdaq.

We would note the Nasdaq Composite is at a high "volume at price" (VAP) level that may require further work to overcome as are the MidCap and Value Line.

Some of the data is suggesting a pause within the recent rally may be forthcoming.

The one-day McClellan Overbought/Oversold Oscillators are now overbought (All Exchange:+73.03 NYSE:+81.28 Nasdaq:+66.0) implying a lowering of fuel to propel higher prices over the near term.

On the other side, the Open Insider Buy/Sell Ratio (85.4), continued to see an increase in insider buying within the recent rally.

The percentage of S&P 500 stocks above their 50-day moving averages (67.5) and detrended Rydex Ratio (contrary indicator) at -0.34 are also neutral.

The AAII Bear/Bull Ratio (contrary indicator) finds bearish sentiment persisting at 38.67/24.0. We view this lack of enthusiasm on the part of the crowd as a positive.

The S&P 500 is trading at a forward P/E multiple of 17.3x consensus 12-month earnings estimate from Bloomberg of $170.53 per share, versus the "rule of twenty" fair value multiple of 18.0x, suggesting the S&P is slightly undervalued.

The shift in fair valuation has largely been due to the notable drop in the 10-year Treasury yield to 2.0%.

We are maintaining our near-term "neutral/positive" outlook for the major equity indices at this time with the caveat that some pause/retracement of progress is now more likely.