Notable among recent market activity is the sizable spike in consensus forward 12-month earnings estimates for the S&P 500. These estimates, from Bloomberg, had been around the $129.00 per share level for the past several weeks within the current pandemic, but have now lifted to $142.51. However, even with the rise, the S&P still appears overvalued.

All the major equity indices closed higher Thursday with positive internals on lighter trade. Of greatest note was the Nasdaq Composite (see below) and Nasdaq 100 making yet another new closing high.

No other technical events of importance were generated, leaving the Nasdaq indices in near-term uptrends and the rest neutral. 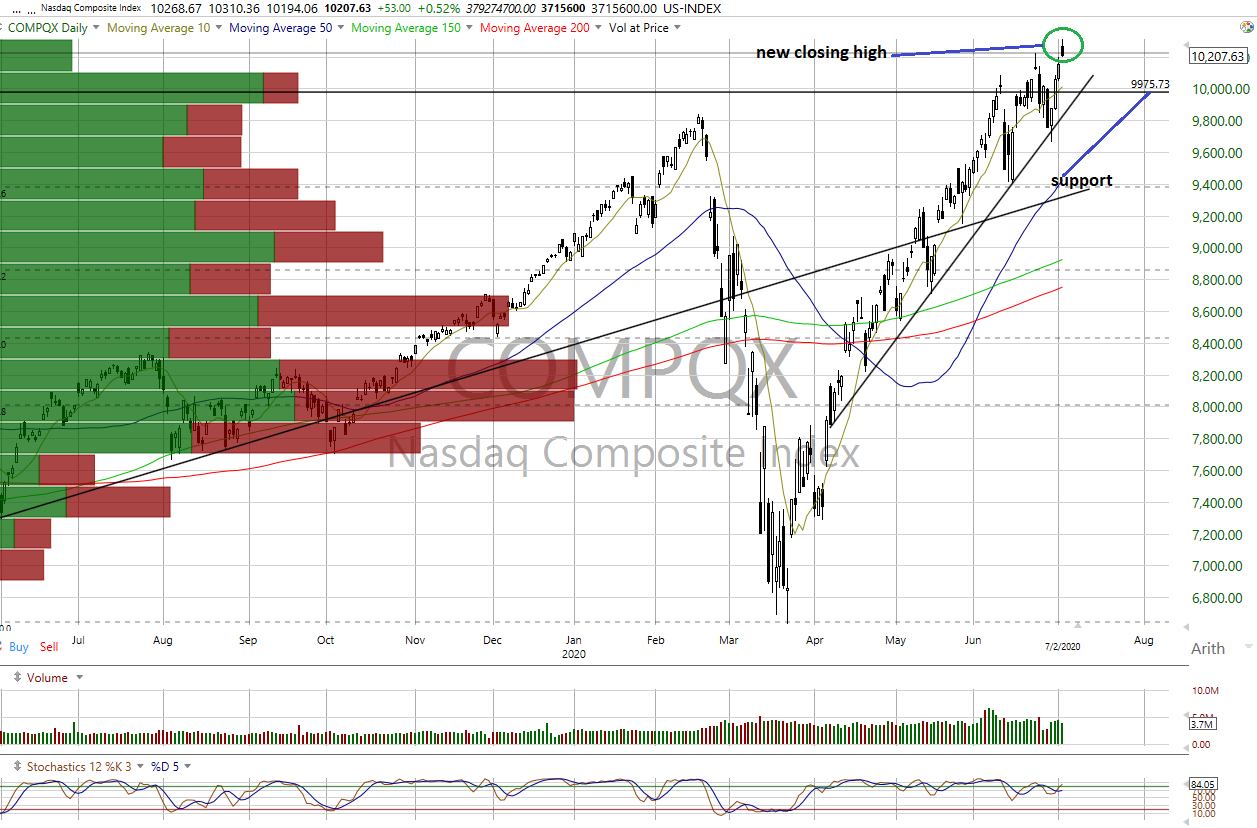 Breadth improved enough to shift the cumulative advance/decline lines for the All Exchange, NYSE and Nasdaq to positive from neutral.

Stochastic readings are generally neutral except for the Nasdaq Composite and 100, which are now overbought.

The Open Insider Buy/Sell Ratio is neutral as well at 47.2 with the detrended Rydex Ratio (contrary indicator) unchanged and neutral at 0.39.

Last week's AAII Bear/Bull Ratio (contrary indicator) saw an increase in bearish sentiment within the crowd but remains neutral at 44.91/27.6/31 as bears continued to outnumber bulls.

The counterintuitive percentage of S&P 500 issues trading above their 50-day moving averages is neutral at 65.4%.

Valuation continues to appear extended, despite a spike in earnings estimates. The S&P 500 is trading at a P/E of 22.0x consensus forward 12-month earnings estimates from Bloomberg of $142.51 per share, versus the "rule of 20" fair value multiple of 19.3x.

While the rise in earnings estimates has lessened our valuation concerns to some degree, the S&P 500 still seems overvalued, Nonetheless, the charts and data suggest we keep our near-term "neutral/positive" outlook for the major equity indices in place.