Near-term trends for the major equity indices are split while data remains generally neutral. However, forward 12-month earnings estimates for the S&P 500 continue to decline.

All of the major equity indices closed lower Thursday with the exception of the Nasdaq 100 posting a fractional gain.

Some deterioration was seen on some of the charts as the Dow Jones Transports closed below near-term support after flashing a bearish stochastic crossover signal on Tuesday's close. 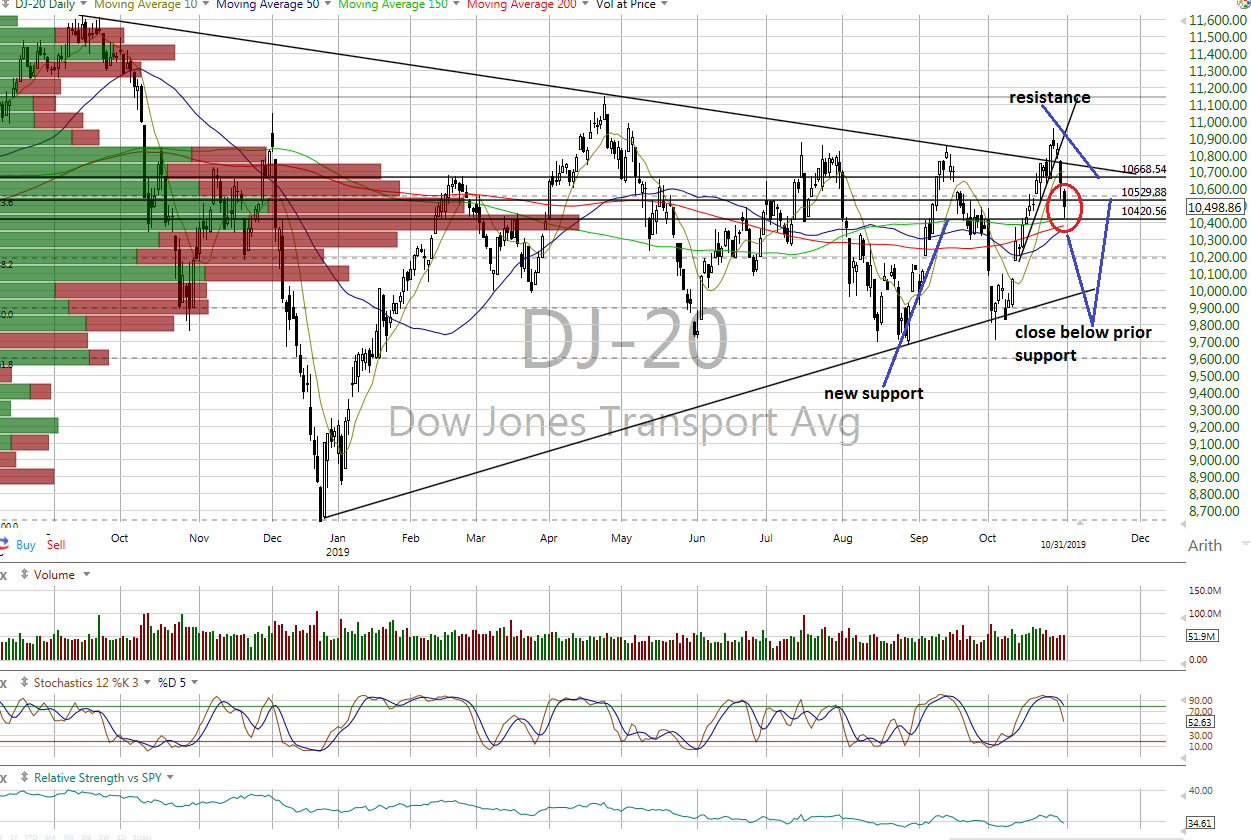 So, the near-term trends are now evenly split with those just mentioned neutral while the S&P 500, DJIA, Nasdaq Composite and Nasdaq 100 are positive.

The cumulative advance/decline lines for the All Exchange, NYSE and Nasdaq turned neutral as well.

The stochastic levels are very near flashing bearish crossover signals across the board but have yet to actually trigger.

The VIX, which we have recently highlighted, did lift a bit but remains at levels preceding market corrections three times over the past 12 months.

The data remains mostly neutral including all of the one-day McClellan Overbought/Oversold Oscillators (All Exchange:+5.1 NYSE:-4.6 Nasdaq:+13.96).

The percentage of S&P 500 stocks trading above their 50-day moving averages is a neutral 65.9% as is insider buying at a 42.2 Open Insider Buy/Sell Ratio.

Valuation has compressed with 12-month earnings estimates for the S&P 500 slipping down to $172.27 per share via Bloomberg, leaving the forward P/E multiple at 17.6x while the "rule of twenty" finds fair value at 18.3x. S&P 500 estimates have been dropping literally every day over the past several sessions.

With the chart trends split combined with the VIX, stochastic levels and the consistent slide in forward S&P 500 estimates, we are maintaining our "neutral" outlook.