Let's take the pulse of the markets.

The equity indices remain evenly split between positive and neutral near-term trends. The data, on the other hand, is reaching some levels that suggest a higher level of near-term risk is now present and imply taking more defensive portfolio actions may be appropriate. Particularly concerning is the Rydex Ratio (see below).

It is primarily the charts that are keeping us in our near-term "neutral" outlook for the equity markets. Should they fail, we would likely become more cautionary. 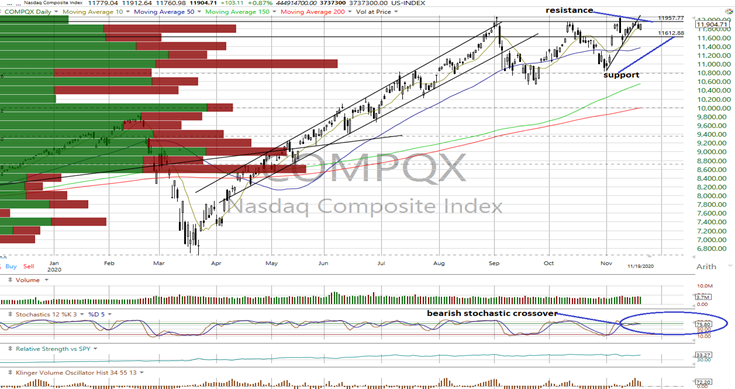 All the major equity indices closed higher Thursday with positive internals on the NYSE and Nasdaq. All closed at or near their intraday highs.

However, no violations of resistance or trend were generated, leaving the S&P 500, DJIA, Nasdaq Composite (see above) and Nasdaq 100 neutral with the rest positive.

The cumulative advance/decline lines for the All Exchange, NYSE and Nasdaq remain bullish and above their 50-day moving averages.

The Nasdaq Composite did register a bearish stochastic crossover signal as did the Nasdaq 100 in the previous session. However, violations of support would be needed to confirm.

The data, in our opinion, are raising the volume in cautionary tone.

The one-day McClellan Overbought/Oversold Oscillators on the All Exchange and Nasdaq are back at overbought levels, although not at extremes (All Exchange: +58.92 NYSE: +66.71 Nasdaq: +52.6).

The Open Insider Buy/Sell Ratio turned neutral from bearish at 26.9 but remains in a downtrend as the number of insider-selling transactions has been outweighing purchases over the past several sessions.

What we find of particular note is the total leverage for the Rydex is at a three-year high. The chart, below, shows similar relative exposure occurred four times over the past three years, each of which was followed by a notable market correction.

The Detrended Rydex Ratio Leverage Is at 3- Year High 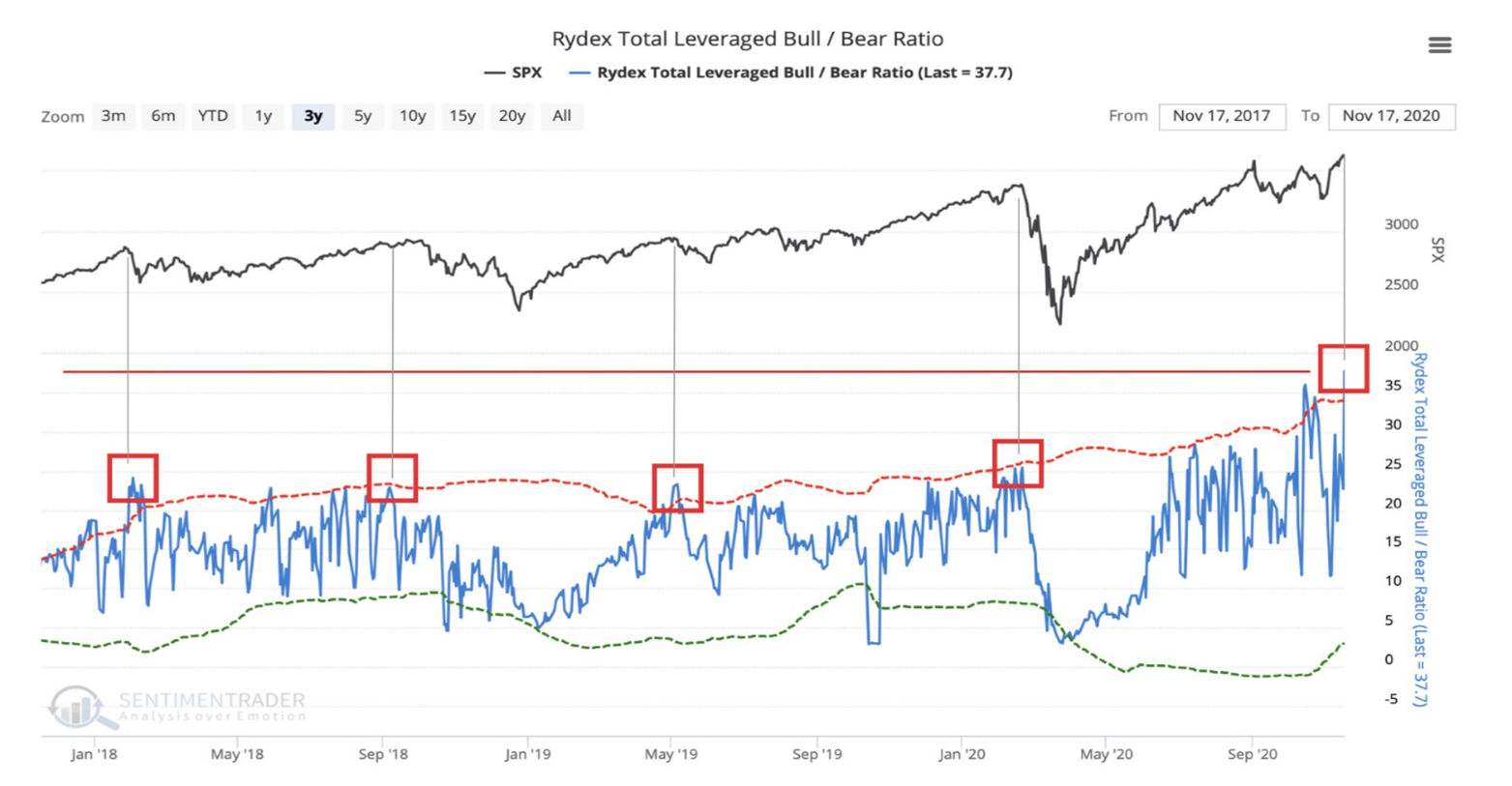 The valuation gap remains extended with the S&P 500 trading at a P/E multiple of 22.5x consensus forward 12-month earnings estimates from Bloomberg of $158.85 per share while the "rule of 20" finds fair value at 19.2x.

While the charts are not cautionary at the moment, Rydex leverage, insider selling and valuation suggest portfolios should likely be somewhat more conservative in their construction.

Here's a play in the stock and why I think it will dial back down.