Let's check out the charts of this Trifecta Stocks holding.

Trading volume looks like it has slowed since July and is not a positive development. The daily On-Balance-Volume (OBV) line has been flat/neutral for months and has diverged from the bullish price action. Volume is not telling us the right story.

The Moving Average Convergence Divergence (MACD) oscillator has spent much of the last year above the zero line in positive territory but seems to lack sustained strength. The rally is "just okay."

In the weekly chart of ROST, below, we can see that prices have doubled in the past three years. The 40-week moving average line is bullish but the weekly OBV line shows the same divergence as the daily line.
The MACD oscillator while it has spent much of the last three years above the zero line indicating strength it has been weakening for several months.

In this daily Point and Figure chart of ROST, below, we can see that the software is projecting a possible downside price target in the $100 area. 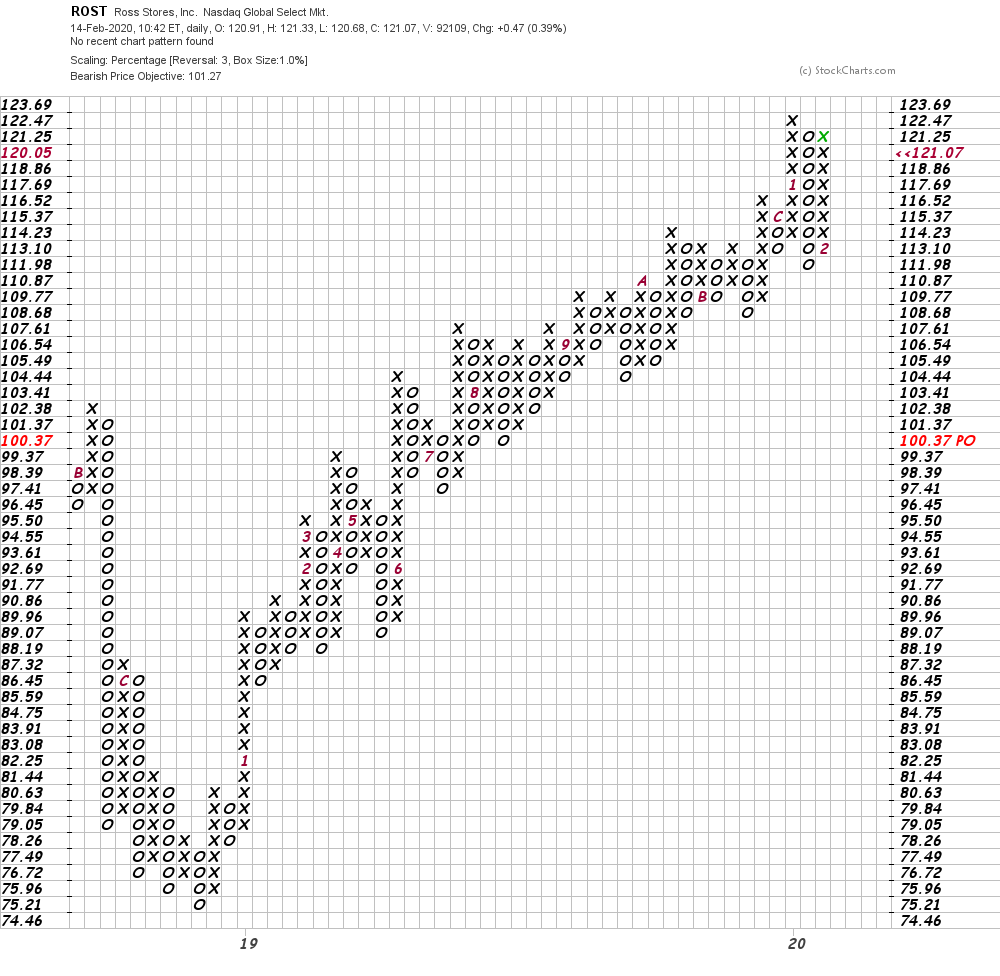 Bottom-line strategy: Yes ROST is in an uptrend, but we see volume divergences and the Point and Figure chart suggests we could decline to $100. Protect your long positions and either take some profits or raise your stop protection.
Get an email alert each time I write an article for Real Money. Click the "+Follow" next to my byline to this article.
TAGS: Investing | Stocks | Technical Analysis | Apparel | Retail | Mad Money