Everyone is so excited over the mega-cap tech earnings that reported after hours. That's a far cry from a week ago, when everyone told us they had sold their mega cap tech, because, well, they were all about the value trade. Or at least that's what they said, what they meant was this: The stocks are down, so I don't own them anymore.

In the meantime, the Invesco QQQ (QQQ) , as you know, bounced off that uptrend line, confirming the line, even if through Thursday the rally wasn't nearly as robust as the previous rallies. In any event, the upper channel line remains intact, but I have left it off the chart, because the real hurdle will be this $270 area. That's where the QQQs failed in mid-July.

We'll see how quickly sentiment turns when I do my weekend Twitter poll, but in the meantime we should talk about the American Association of Individual Investors (AAII) weekly poll, because I think it is a joke, as you know. It now shows 20% bulls. That is even lower than March. Yet the same folks say their asset allocation is around 63% in stocks. 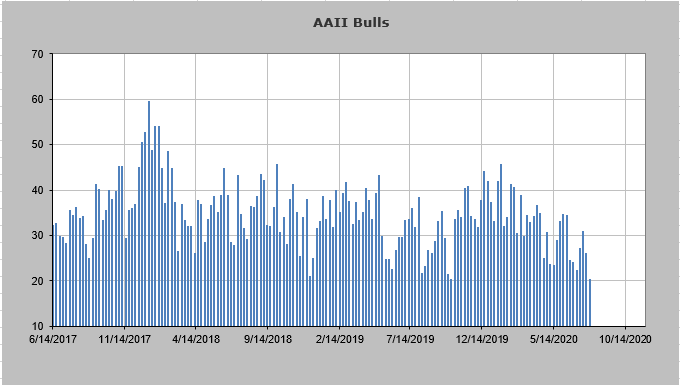 The 21-day moving average of the put/call ratio for exchange-traded funds is just about as low as it was in January or February of this year and prior to that in January 2018. Does that say folks are bearish? 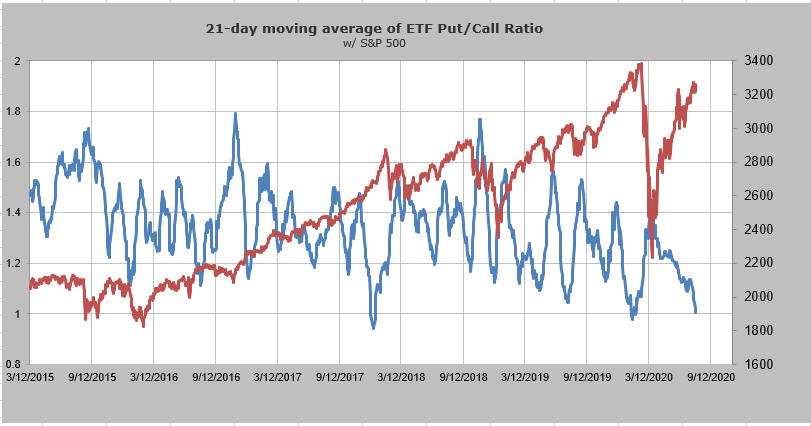 The National Association of Active Investment Managers (NAAIM) shows their members with no change in their stock allocation from last week and it was high last week, as you can see on the chart. Does that say folks are bearish? 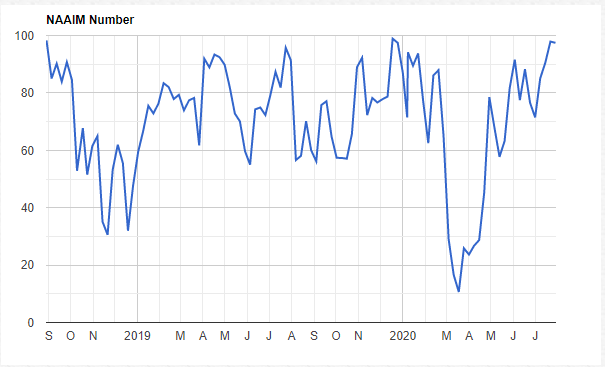 That is why I scoff at the AAII readings, because I cannot find other indicators that I follow that even come close to confirming them. Heck, even my Saturday Twitter Poll didn't show that much bearishness.

Away from that, I want to note that the Daily Sentiment Index (DSI) for the buck finally fell to single digits on Thursday. I thought it might do so earlier in the week, but, alas, it waited. With the weekend on the docket we might not see an oversold rally in the buck, until next week, but now I think we ought to expect one.

Oh, and statistically speaking Thursday was not a great day, as you can imagine. It was as if my grandmother pulled her hands right out from under me, as we have seen so often in the last month or so.

The first and foremost issue that small traders face is that they're dealing with a higher level of risk.