During Thursday's Lightning Round segment of Mad Money one caller asked Jim Cramer about the miner Rio Tinto (RIO) . "I think Rio Tinto is a good company and I want you to hold onto it," was Cramer's response.

In the daily bar chart of RIO, below, we can see that the shares turned to the upside in late October with a peak in May. There was an earlier correction in March. By and large prices have traded sideways for much of the past five months or so. RIO is currently below the 50-day moving average line but still above the rising 300-day line.

The On-Balance-Volume (OBV) line dipped in March but it has recovered and has moved sideways since early May. The Moving Average Convergence Divergence (MACD) oscillator has crossed to the upside from below the zero line for a cover shorts buy signal.

In the weekly Japanese candlestick chart of RIO, below, we see what looks like a bullish piercing pattern in early June. A lower shadow on a candle in early July helps to tell a bullish story. The slope of the 40-week moving average line is positive.
The weekly OBV line has been steady since December. The MACD oscillator has been weakening since March but the two moving averages that comprise this indicator have begun to narrow.

In this daily Point and Figure chart of RIO, below, we can see a potential upside price target in the $96 area. 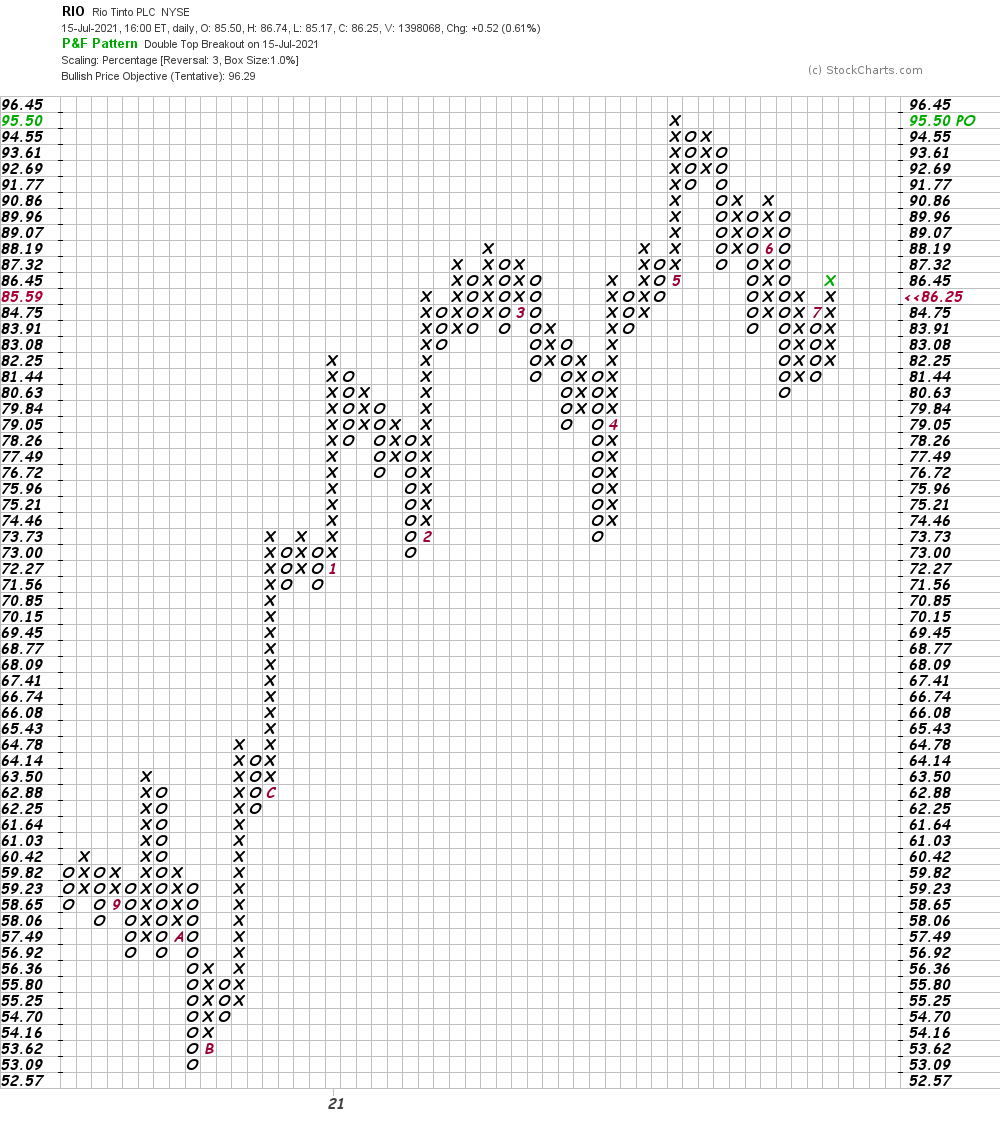 In this weekly close-only Point and Figure chart of RIO, below, we can see a potential downside target in the $74 area.

Bottom-line strategy: The U.S. Dollar Index (DXY) has bounced and many commodities have corrected to the downside but these may be transitory moves. Demand may cool a bit but we are not seeing CEOs announce new mining projects -- translation: commodities are probably heading higher. This should mean renewed strength in stocks like RIO.
Get an email alert each time I write an article for Real Money. Click the "+Follow" next to my byline to this article.
TAGS: Commodities | Investing | Stocks | Technical Analysis | Materials | Metals & Mining | Mad Money