"They are sensational." That is what TheStreet's Jim Cramer thought of ResMed (RMD) during the "Lightning Round" on Friday night's "Mad Money" program. We have had the weekend to "sleep on it" so now we can check over the charts and indicators of ResMed, a leading independent maker and seller of breathing and sleep aid devices and cloud-based software.

The daily On-Balance-Volume (OBV) line shows a positive trend until the end of September. During October the OBV line weakens as sellers turn more aggressive.

The trend-following Moving Average Convergence Divergence (MACD) oscillator moves below the zero line in early October for an outright sell signal but we see a cover shorts signal by the end of the month.

In this weekly bar chart of RMD, below, we can see that prices have doubled over the past three years and have stayed above the rising 40-week moving average line most of the time until this October. The 40-week line has been tested but not broken last month.

The weekly OBV line has been strong the past three years and suggests that buyers of RMD have been more aggressive for a long time. The OBV line looks like it made a new high for the move up.

The weekly MACD oscillator has turned lower for a take profits sell signal.

In this Point and Figure chart of RMD, below, we can see an upside price objective or target of $129.88. 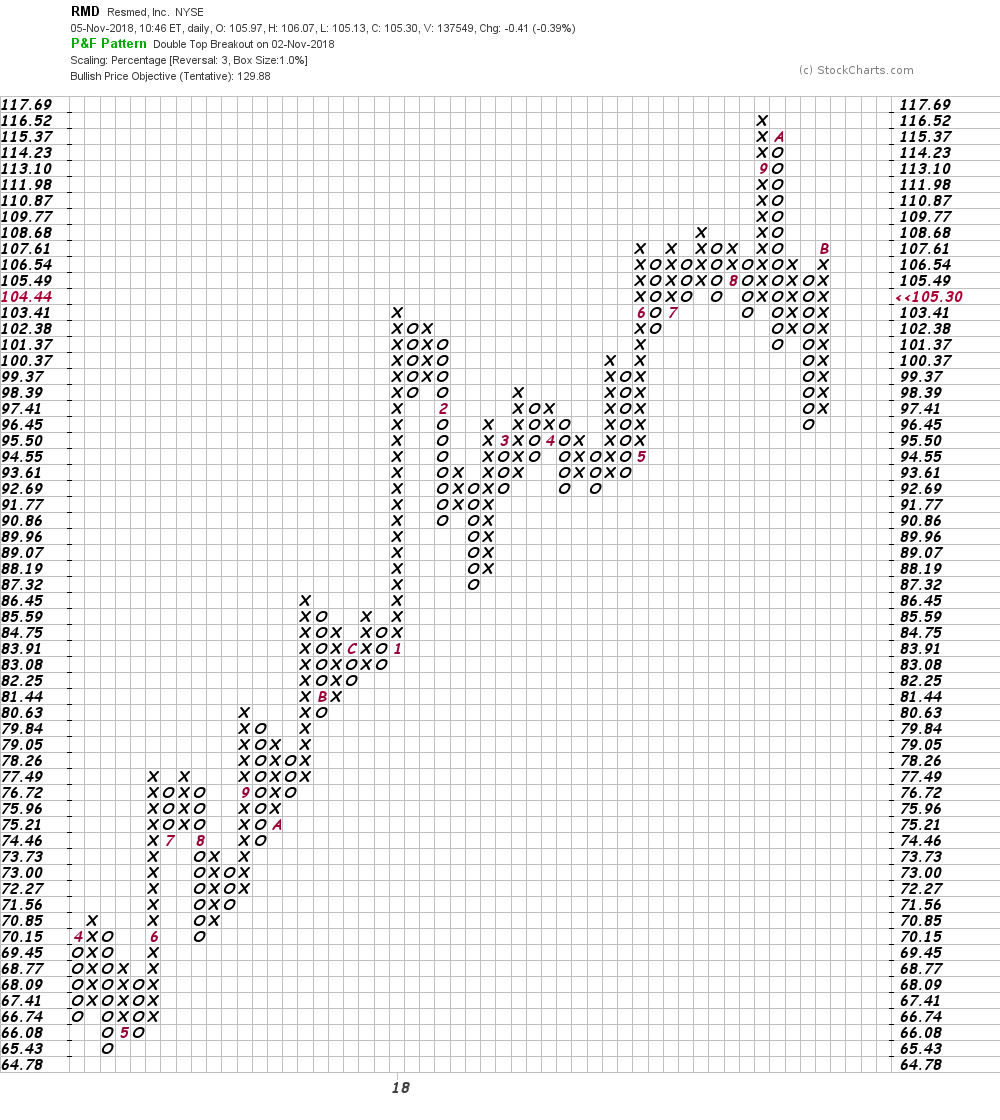 Bottom line strategy: The shorter-term daily chart of RMD suggests that traders and investors should be cautious. Longs should risk a close below the October low. $130 is the upside price target should the rally resume quickly.