By TIMOTHY COLLINS Feb 25, 2021 | 12:40 PM EST
Stocks quotes in this article: ARKK, TQQQ, QQQ
Much has been made of the success Cathie Wood has achieved over the last 18 months. The ARK Innovation ( ARKK)  fund is up around 210% over the past 365 trading days, roughly a year and a half on the calendar.
But when you look under the surface, the heavily concentrated bets have essentially created a leveraged exchange-traded fund, albeit it with lower drawdowns, but also lower peaks. But look at the comparison of the ProShares UltraPro QQQQ ( TQQQ) , which is the three-times daily of the QQQ ( QQQ) , and ARKK.
While they aren't mirror images, they do resemble each other quickly a bit for much of the chart. We can see the big outperformance of TQQQ from December 2019 through February 2020, before it turned into a month underperformance. Also, we find another spike in August 2020 on TQQQ, but a trader could use this to their advantage. When TQQQ outperforms ARKK by 50% or more, the move is to buy ARKK rather than TQQQ. When TQQQ underperforms by 25% or more, then it may be time to sell ARKK and look at TQQQ.
Over the past 200 days, ARKK is up 135% while TQQQ is up 156%. That goes back to May 2020. The only real ARKK outperformance is if you start the comparison between November 2019 and mid-February 2020. That's a pretty tight window. If someone brought me that, I'd call it cherry picking, given you can pick many more months where the performance and tracking is virtually the same and you need a crash to find outperformance. 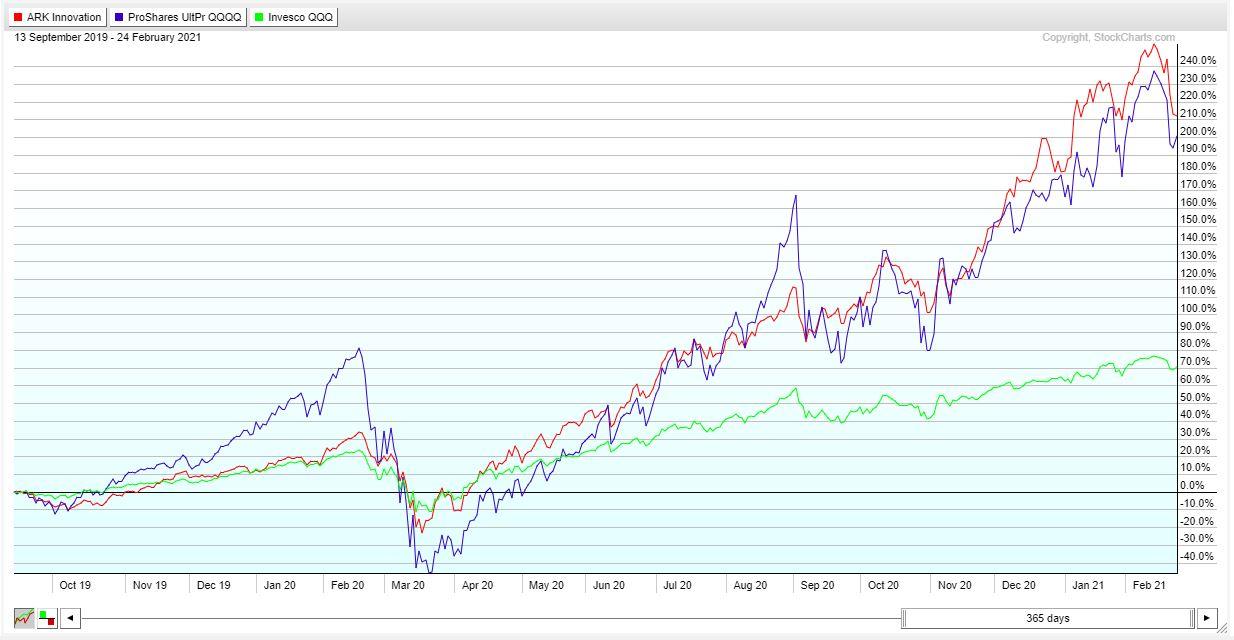 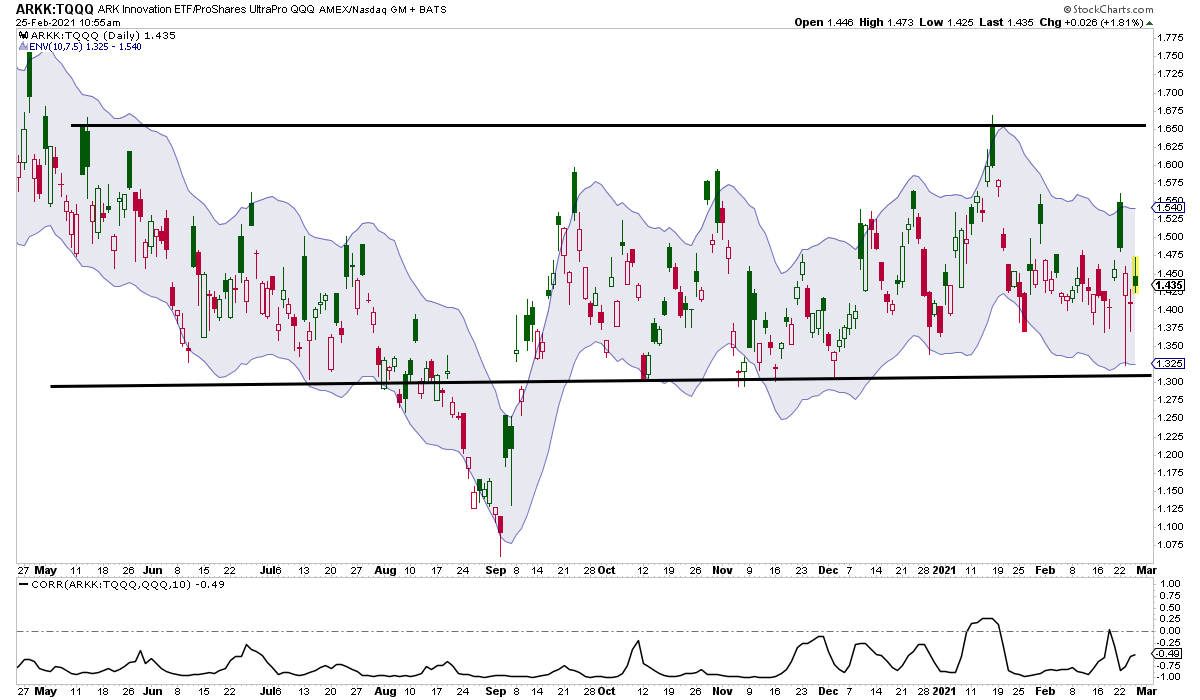 If one wanted to trade the relationship, I'd watch the daily or the weekly chart. The low bands of the 10-day moving average envelope with a 7.5% range (from the moving average) look like the best time to buy ARKK while rotating from ARKK into TQQQ appear best at the upper end of the range. Or, one could simply play the channel drawn on the chart, buying ARKK near the base and rotating near the top. I'm not a big fan of shorting either against the other. The risk is too great. Additionally, you should know by now TQQQ, as with all leveraged ETFs, is a dangerous long-term buy and hold because of the daily resets. Given how often we see ARKK buying the same stock, and the market pushing those stocks higher every time a buy is published at the end of the day, I believe we're seeing that same "reset" burn working on ARKK as well.
The bottom line for me is while we're putting ARKK, and Cathie, plus the firm, on a pedestal, the performance simply mirrors a leveraged tech fund.
Get an email alert each time I write an article for Real Money. Click the "+Follow" next to my byline to this article.
TAGS: ETFs | Investing | Stocks | Technology