Qualcomm Inc. (QCOM) is the Real Money Stock of the Day. The stock is trading lower Monday morning in reaction to reports that several key chip-maker suppliers including Qualcomm, have cut off Huawei after the Trump administration added the Chinese company to a trade blacklist last week.

Let's check out the charts and indicators for some technical guidance.

In the daily bar chart of QCOM, below, we can see a number of technical clues. QCOM started a decline last year from September, which was earlier than the broad market and it did not bottom until late January which was later than the broad market. Prices moved up slowly in February and halfway into April before they exploded on the upside. QCOM rallied sharply on heavy turnover and then gapped higher before peaking in early May.

Prices have been working lower so far this month but could gap lower Monday morning. It is "normal" for a stock to correct after a huge rally but the price weakness looks more like a reversal now than a pullback. Prices are above the rising 50-day moving average line and the bullish 200-day line but these are lagging indicators.

The daily On-Balance-Volume (OBV) line did move up in April to a new high but it has since rolled over, suggesting a shift to more aggressive selling. The Moving Average Convergence Divergence (MACD) oscillator has crossed to the downside for a take profits sell signal.

In the weekly bar chart of QCOM, below, we can see the April without the price gap. The breakout this year looks particularly impressive as it is a multi-year new high. The slope of the 40-week moving average line is bullish and so is the weekly OBV line. Recently the OBV line shows a possible peak and the MACD oscillator has begun to narrow.

In this Point and Figure chart of QCOM, below, we can see a downside price projection or target in the $74 area. The is no nearby chart support around $74 so a deeper decline is possible. 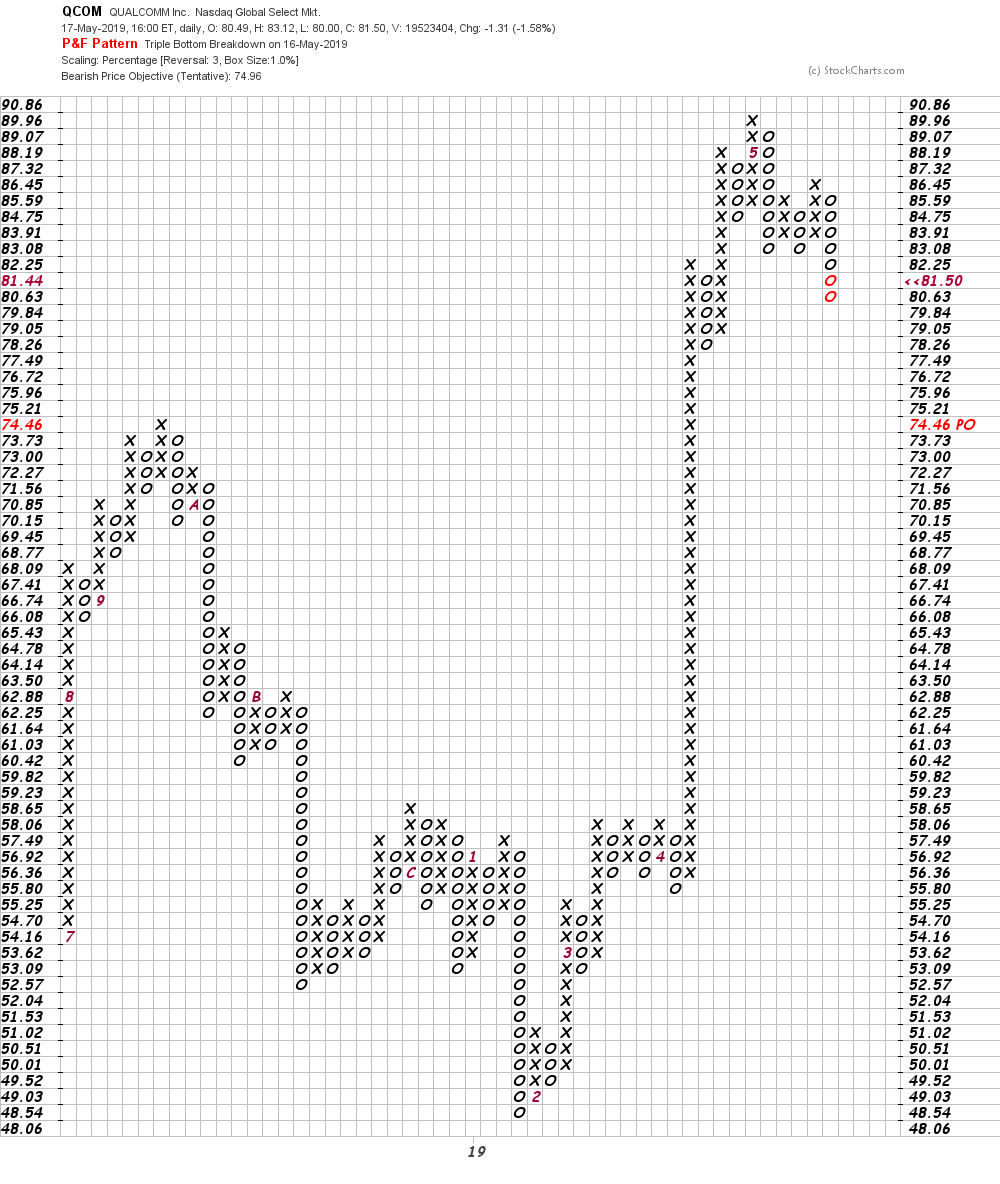 Bottom-line strategy: With QCOM indicated to open around 4% lower Monday morning the bears have taking control of the direction of prices. Get defensive.