During Monday evening's Mad Money program Jim Cramer told viewers that In the apparel space PVH Corp. (PVH) and Tapestry Inc. (TPR) have been unstoppable as of late.

Let's zero in on PVH. When we last reviewed PVH on June 12, we wrote that, "Will PVH be a survivor in the world of retail? Is there light at the end of the tunnel with the pandemic shutdown? The charts cannot answer that but PVH still needs to build -- and retest -- a bigger base pattern to launch a sustained uptrend."

Have things improved over the past three months? Let's check the charts and indicators.

In this weekly bar chart of PVH, below, we can see a much improved picture versus three months ago. Prices have closed above the declining 40-week moving average line.
The weekly OBV line has been very strong since late June and tells us that buying has been aggressive. The MACD oscillator is just below the zero line and we could soon see a bullish crossover.

In this daily Point and Figure chart of PVH, below, we can see a potential upside price target in the $96 area. 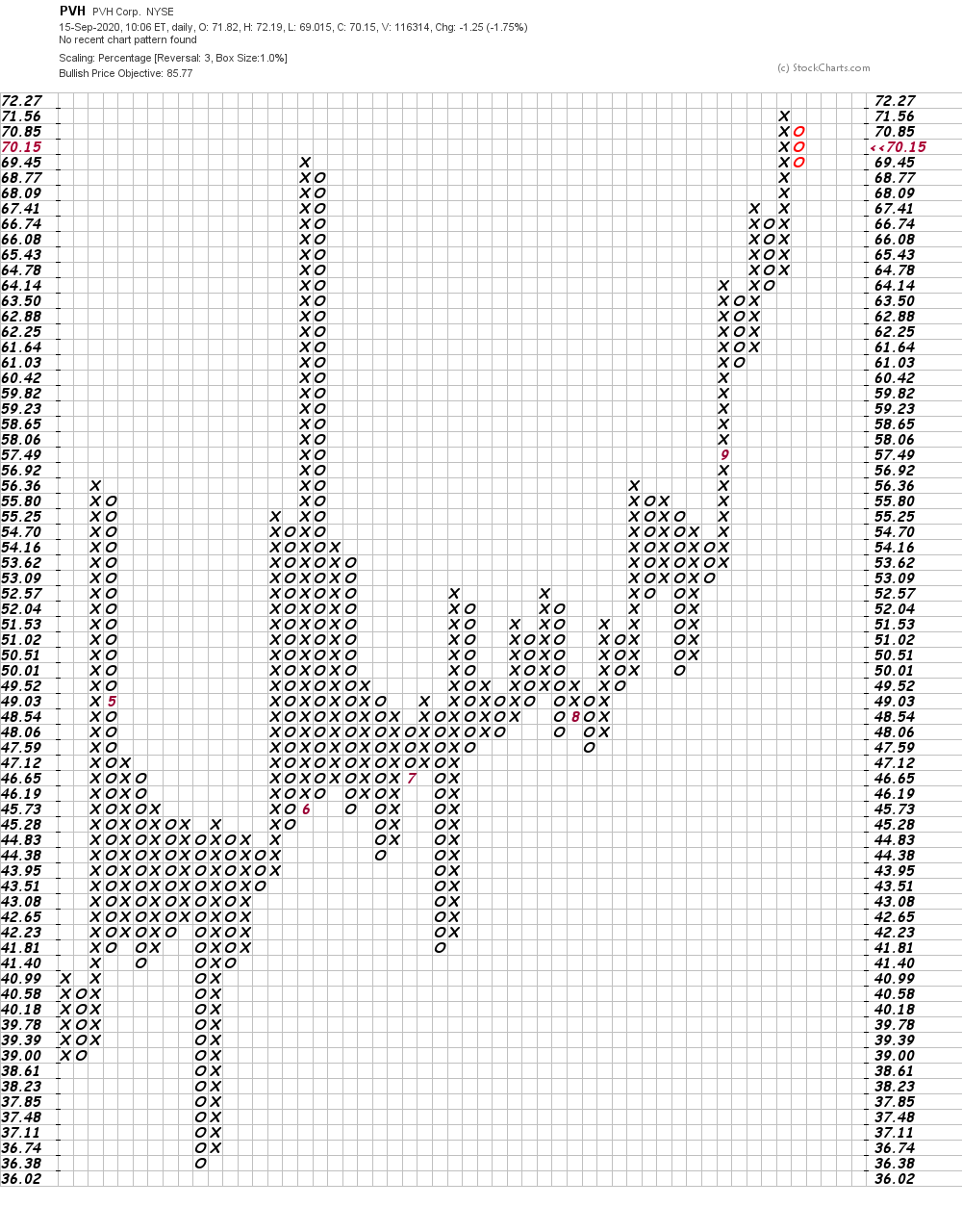 In this weekly Point and Figure chart of PVH, below, we used close-only price data. Here the chart projects the $104 area as a potential price target. 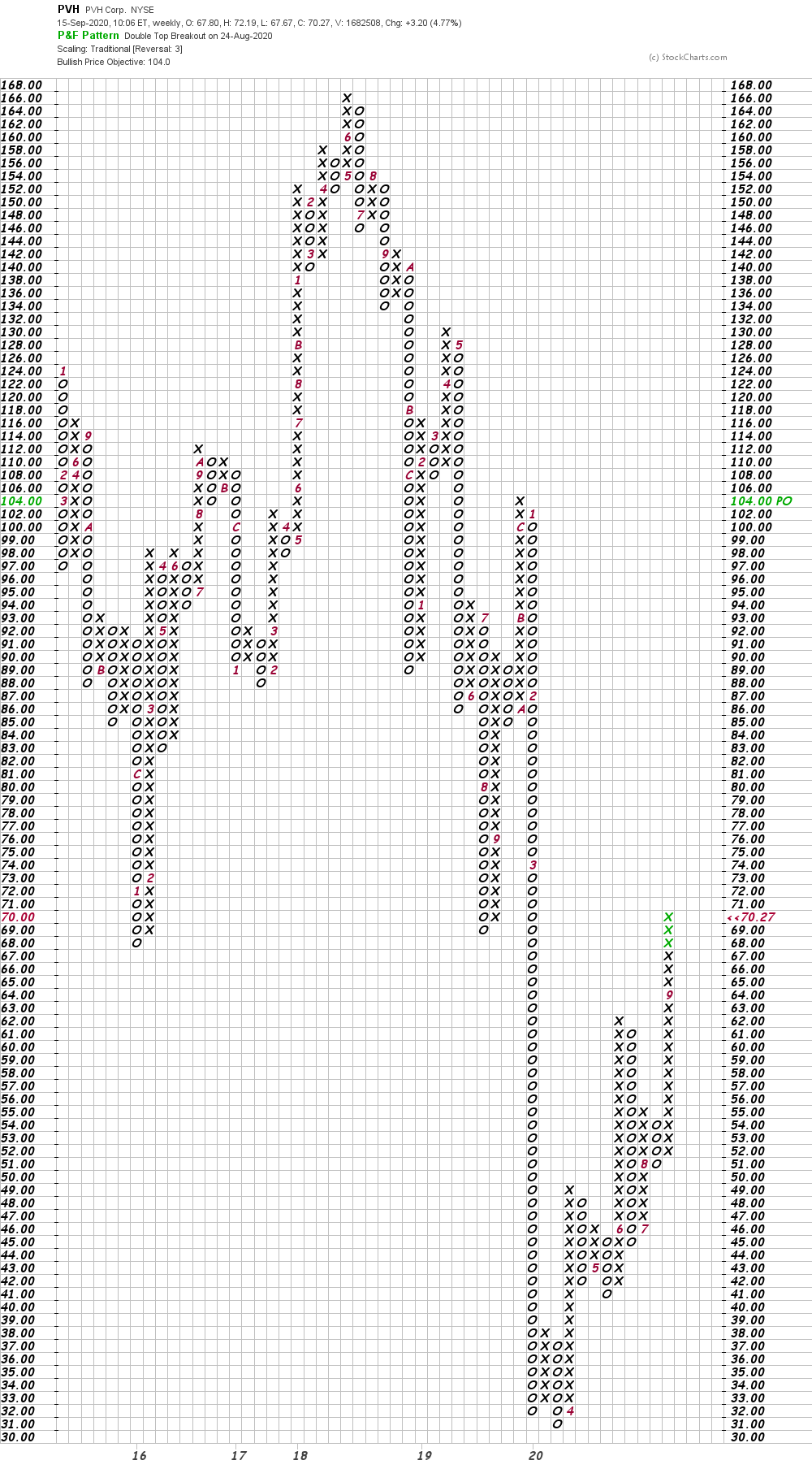 Bottom-line strategy: Traders could look to go long PVH closer to $65 risking a close below $59. Our targets are $96 and then $104.
Get an email alert each time I write an article for Real Money. Click the "+Follow" next to my byline to this article.
TAGS: Investing | Stocks | Technical Analysis | Apparel | Mad Money