After the lifting of restrictions on cannabis sales in Canada in October 2018, cannabis sales for companies targeting the recreational markets spiked.

However, now eight months on into the new era of liberal marijuana policy in the great white north, sales have actually decelerated and companies like Aurora Cannabis (ACB) , Cronos (CRON) , Tilray (TLRY) , and Canopy Growth (CGC) are feeling the impact in quarterly reports.

That is an issue as many companies chart out substantial growth rates from the recreational market. While the ideas for medical use may be insulated from the elasticity of recreational demand, the $200 billion plus market value many analysts are assigning surely expects a pick up in recreational use that is proving difficult to map.

While the trend less than one year into legal sales may surprise many investors, the turn in the trend could have been expected by social scientists.

"We confront the paradoxical reality that if lawmakers want less of a certain behavior, they cannot be sure that prohibiting it will achieve the objective," Dwight Filley, senior fellow at the Independence Institute wrote in a 1999 issue of the Independent Review. "Indeed, just the reverse may occur."

In the opposite direction, legalization may lead to lagging demand rather than the explosion many had hoped for.

The science on younger generations is particularly discouraging, as legalization reduced the "forbidden fruit" effect that attracts many young people to the products and makes them longer term customers.

"When it comes to use by young people, several recent reports have found that in the majority of states that have approved medical marijuana, use among teenagers has actually decreased," the Drug Policy Alliance said in a recent report. "Experts say this is due to a diminished "forbidden fruit" effect and decreased access to marijuana as it moves from the unregulated streets inside licensed dispensaries, where you need to be 21 to purchase marijuana."

Many social scientists point to prohibition of alcohol in the United States in the 1920s wherein consumption of alcohol and illegal activity surrounding its trade increased rather than decreased. Additionally, consumers turned to higher potency products like hard liquor, shifting the consumption habits of typical Americans.

Despite a deep drop noted upon the passage of the 18th amendment in a study by American economist Clark Warburton, who assessed the policy in 1932, consumption ramped rapidly to exceed pre-prohibition 1918 levels by 1927 and continued to accelerate from there despite 1933 being the official year of repeal.

The trend is increasingly interesting given the secular decline in alcohol consumption in the years leading up to prohibition. Consumption normalized following the repeal, paradoxically, not spiking again until the 1960's.

Following the same logic, legalization could normalize demand rather than spur the type of gold rush that has come to be expected.

While this might be somewhat counterintuitive as an air of legality and acceptance might encourage investors to expect increased consumption, the data from early legalizers like Colorado and the Netherlands bear this out.

The Colorado Department of Revenue noted that demand for marijuana flower has declined each year since the market opened in 2014. That issue has been exacerbated for suppliers as the supply and competition in the open market has driven prices down and made business unsustainable for many smaller growers.

To be sure, the Colorado data largely tracks simple flower sales and does not account for data in emerging delivery methods such as branded edibles, beverages, tinctures, and vapes. The study also leaves out the impact of CBD and its popularity in medicinal and general care use cases.

These products are projected to be higher margin and could carry demand aside from those seeking the recreational thrill of cannabis consumption. Still, that effect is only a balancing act rather than an added bonus.

The recreational market in the Netherlands is far more mature and may provide a firmer look at use trends. It is important to note two things about Dutch policy: one is that cannabis is not technically legal, but rather gedogen, roughly translating to tolerated. Second, it is home to a large degree of "weed tourism" that can skew revenue figures should cannabis be legalized domestically in many of the regions that many tourists call home.

As such, it is likely best to view the on-the-ground research that has been done on solely Dutch citizens.

Much like its tricky social policy, the data is less convincing and the trend has ebbed and flowed.

"While correcting for the influence of regional variation on cannabis use, a secondary analysis of 20 school and household surveys among adolescents-national, regional, and local-by Plomp et al. (1990) revealed a parabolic development from 1969 through 1987," University of Amsterdam professor Dirk Korf noted in a 2002 study. "Use of cannabis showed a steep rise in the late 1960s and early 1970s, followed by a decline and then a slight though significant climb throughout the 1980s."

Subsequent studies through the end of the millennium observed an stabilization into the 1990s followed by yet another peak in the mid 90's and decline into the end of the decade that continued to erode into the 21st century.

In 2015, a general population survey estimated that only 1.5 % of Dutch citizens had used cannabis daily or almost daily within month long period of the study, suggesting a still very low rate of regular use. Recent studies have shown Dutch usage to actually be significantly lower than the European average.

In the interest of full disclosure and anecdotal evidence, I was a student in the social sciences department, specializing in economics and Dutch social policy at the University of Amsterdam. In my own studies, the packed coffeehouses in Amsterdam are rarely filled with any Dutch citizens. In fact, multiple studies conducted on the ground found that cigarette usage was far more popular for those looking for a relaxing smoke.

The large majority of coffeeshop goers were from countries with prohibitive policies, eager to experience something not offered to them at home. If it is indeed offered at home, how quickly does that allure wear off? And how quickly does the intrigue of legalization in these home markets wear off?

If the Coloradan, Dutch, and Canadian experiments are any indication, it might not take long.

Now, investors must ask, what does this mean for my portfolio of pot stocks?

In short, it means that exponential growth curves many companies are drawing in estimates of the market for cannabis globally should be taken with a large grain of salt.

There is little debate over the catalyst that something like U.S. legalization would provide for these companies in the near term. The buildup even to the legalization date of Canadian cannabis in October would indicate the market's strong sentiment in the lead up to such a passage (even if not so much afterward).

Even the slow drip of state legalization has helped along investor sentiment for many of the U.S. exposed Canadian players. 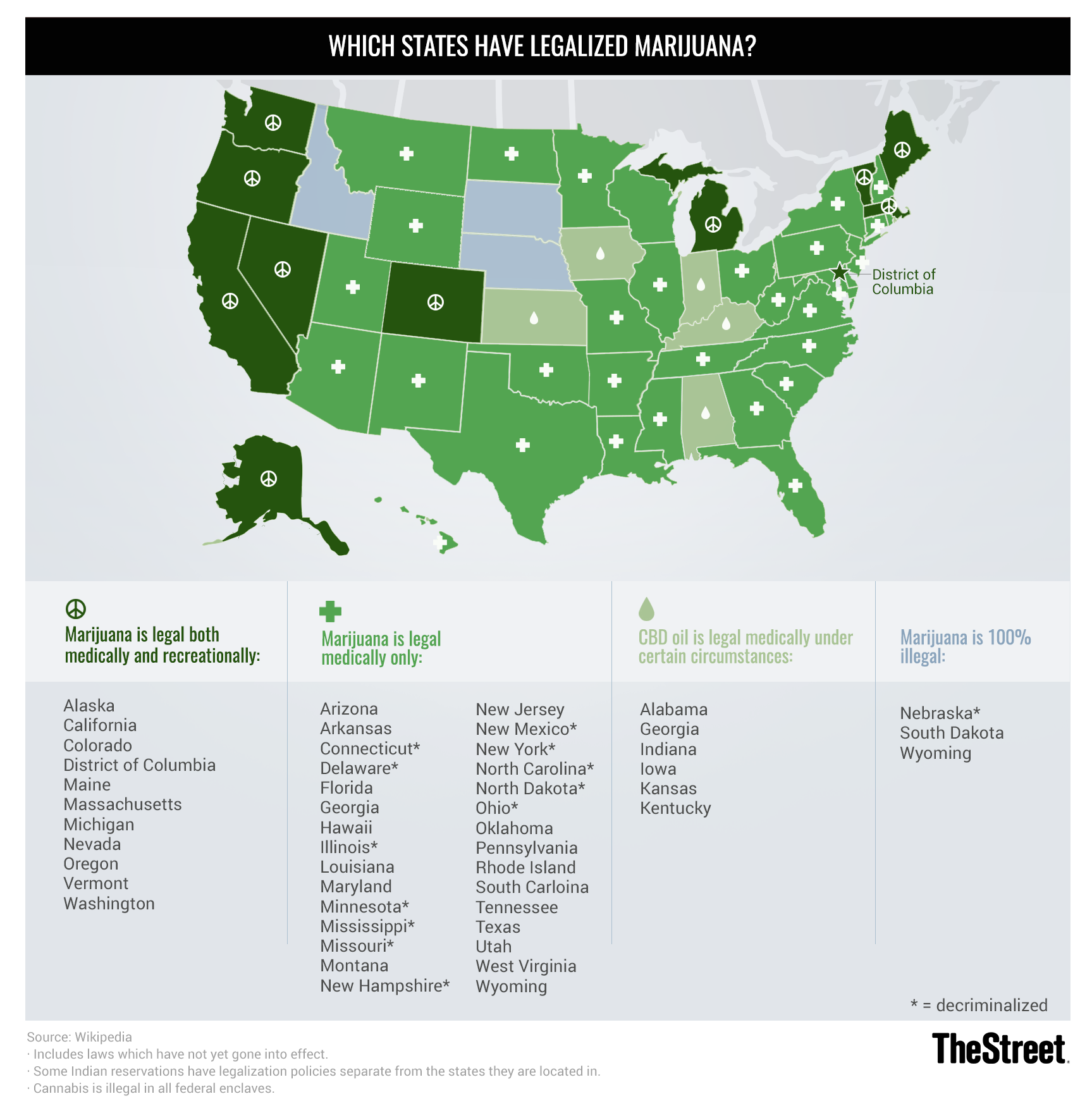 The question that confronts longer term investors, of which many cannabis investors are, is whether the cushion from non-recreational demand can insulate each company from the troubling trends that open markets bring for formerly illicit substances.

Get an email alert each time I write an article for Real Money. Click the "+Follow" next to my byline to this article.
TAGS: Regulation | Investing | Politics | Stocks | Beverages | Consumer | Marijuana | Tobacco | Cannabis | Stock of the Day