Sheffield said there have been a lot of changes at Pioneer that have led to its success. After two acquisitions, Pioneer is now the largest oil producer in Texas and the Permian Basin, he said.

Thanks to the efforts of Pioneer's team, Sheffield said, well costs have declined 40% to 50% over the past three years and flaring of natural gas has been reduced by 80%.

Sheffield said Pioneer also has been listening to its shareholders, who told the company its business model needed to change. That's why Pioneer now only drills with 50% of its cash flow, which allows for the new variable dividend. Pioneer's break-even price is now just $31 to $32 a barrel, he said.

In this daily bar chart of PXD, below, we can see that prices turned sideways in early March and then made a downside dip in July to retest the rising 200-day moving average line. Prices are trading below the declining 50-day moving average line, but a rally back above $160 should strengthen the picture and put prices on track to make new highs. The On-Balance-Volume (OBV) line shows weakness since early April, telling us that sellers of PXD have been more aggressive. A fresh rise in the OBV line will be a welcome sign for the bulls. The Moving Average Convergence Divergence (MACD) oscillator crossed to a cover shorts buy signal in late July but is still below the zero line.

In this weekly Japanese candlestick chart of PXD, below, we see a more positive picture than the daily chart above. Prices successfully have tested the rising 40-week moving average line. The weekly OBV line looks stronger than the daily line and shows improvement the past two months. The MACD oscillator is pointed down but it has begun to narrow toward a new buy signal. A weekly close above $170 should precipitate further gains.

In this daily Point and Figure chart of PXD, below, we can see a potential upside price target in the $163 area. Positive, but not quite a breakout. 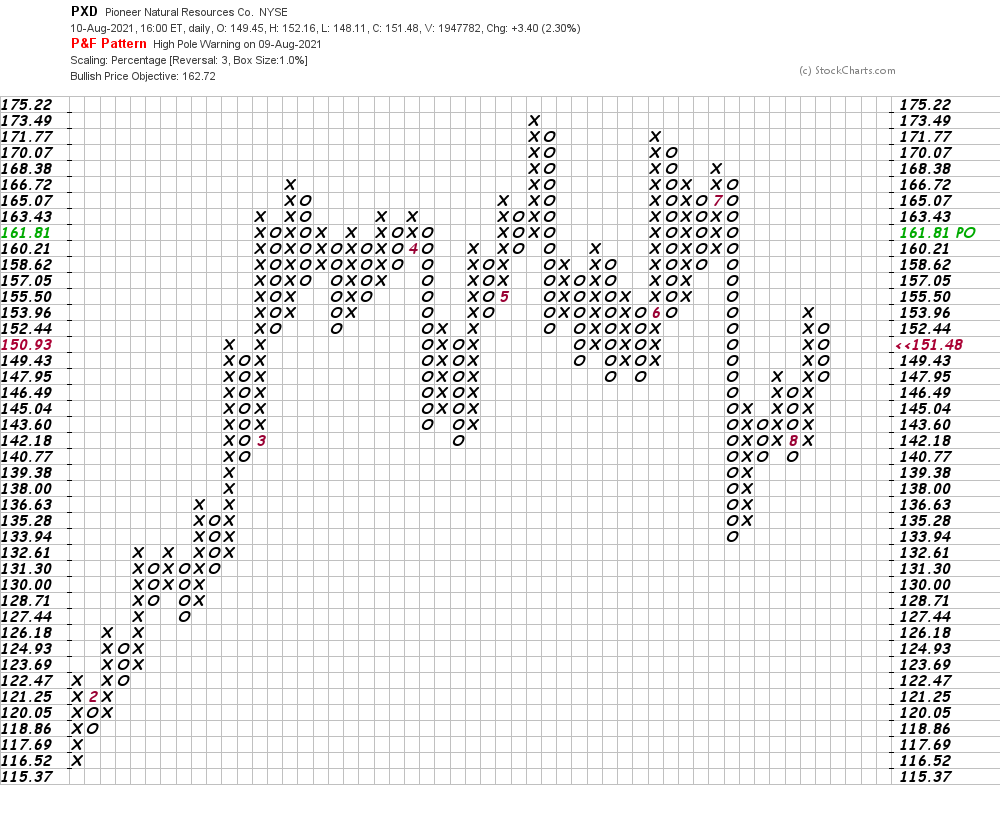 In this weekly close-only Point and Figure chart of PXD, below, we can see a tentative downside price target in the $117 area. A close at $168 or higher may be needed to turn this chart bullish. 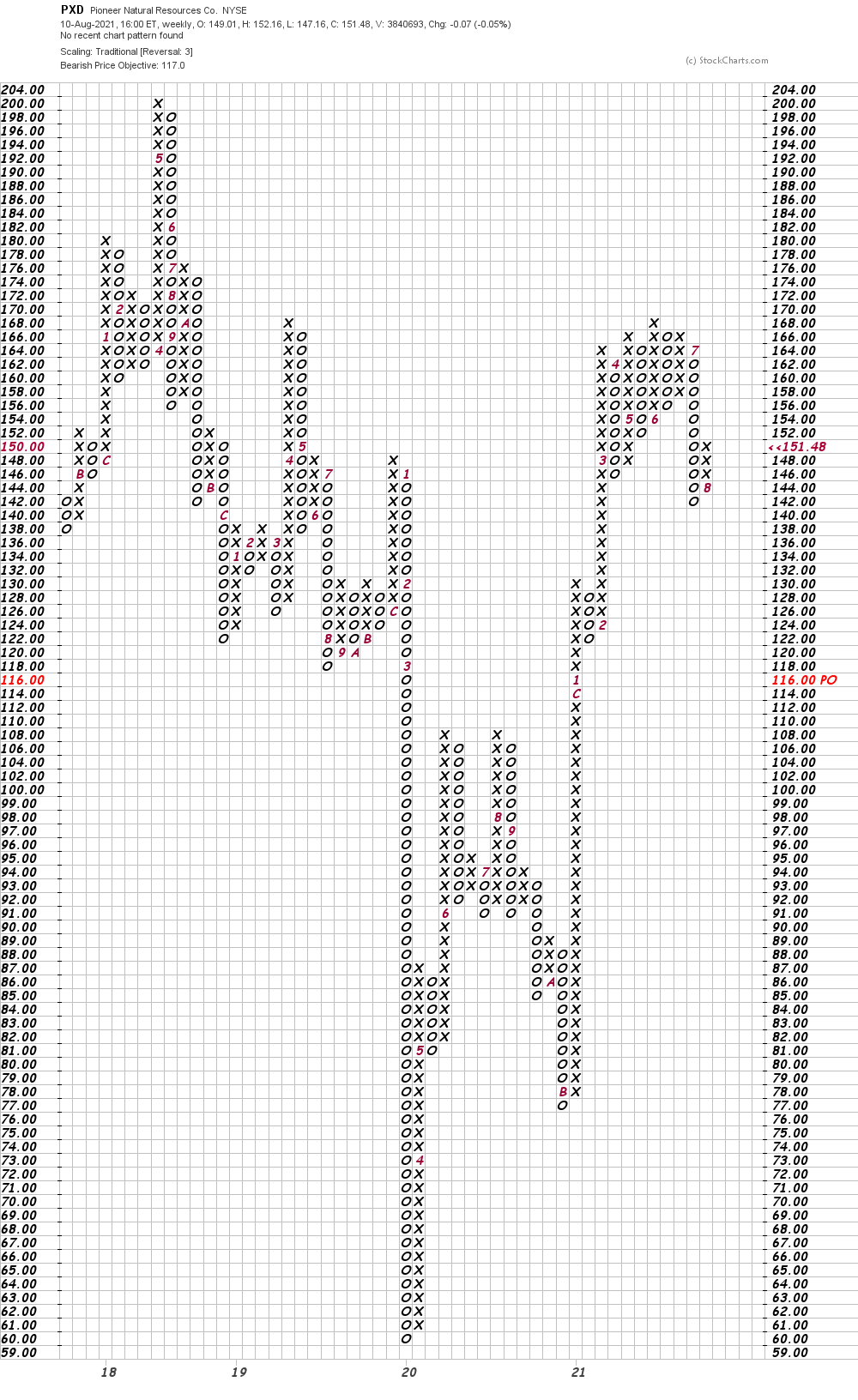 Bottom line strategy: PXD needs to prove itself by further gains. Aggressive traders could go long at current levels risking to $139. Others should wait for strength above $168 before going long.

Get an email alert each time I write an article for Real Money. Click the "+Follow" next to my byline to this article.
TAGS: Investing | Stocks | Technical Analysis | Energy | Natural Gas | Real Money |