Schulman said the pandemic has created a surge toward digital-first payments, which is making PayPal's tools more relevant than ever before. He said his company has redefined itself from just a "buy now" button into a leading platform of tools for the new digital economy.

We looked at the charts of PYPL on July 28 ahead of earnings and at that time we wrote,  "PYPL is up significantly since its March low. Prices might move sideways a little longer but the earnings report on Wednesday could generate further strength and a fresh upside breakout. Hold longs and consider adding to longs on strength. The $209 area is our price target for now." Prices reached $204 this month, so let's check on the charts of PYPL again.

In this daily bar chart of PYPL, below, we can see how prices have behaved the past two weeks or so. Prices gapped higher and eventually pulled back to fill the price gap. The rally highs of July in the $185 area should act as support (former resistance). Prices are above the rising 50-day moving average line and well above (or extended above) the rising 200-day moving average line.

The On-Balance-Volume (OBV) line has moved up to a new high along with the price action, but we also can see some slight profit taking as the OBV has dipped, signaling more aggressive selling. The trend-following Moving Average Convergence Divergence (MACD) oscillator has made a lower high and has diverged from the price action. This indicator has turned to the downside for a take profits sell signal.

In this weekly bar chart of PYPL, below, we can see the dramatic rally in price over just a few months. PYPL could use a rest or a period of consolidation. Prices are above the rising 40-week moving average line and maybe extended (overbought) above that indicator. The weekly OBV line has stalled out slightly in recent weeks and is a slight bearish divergence when compared to the new price highs. The MACD oscillator is bullish but has begun to narrow and could lead to a take profit signal in the weeks ahead.

In this daily Point and Figure chart of PYPL, below, we can see the July rally and the recent consolidation (sideways movement) on the chart. The same $209 price target is projected. 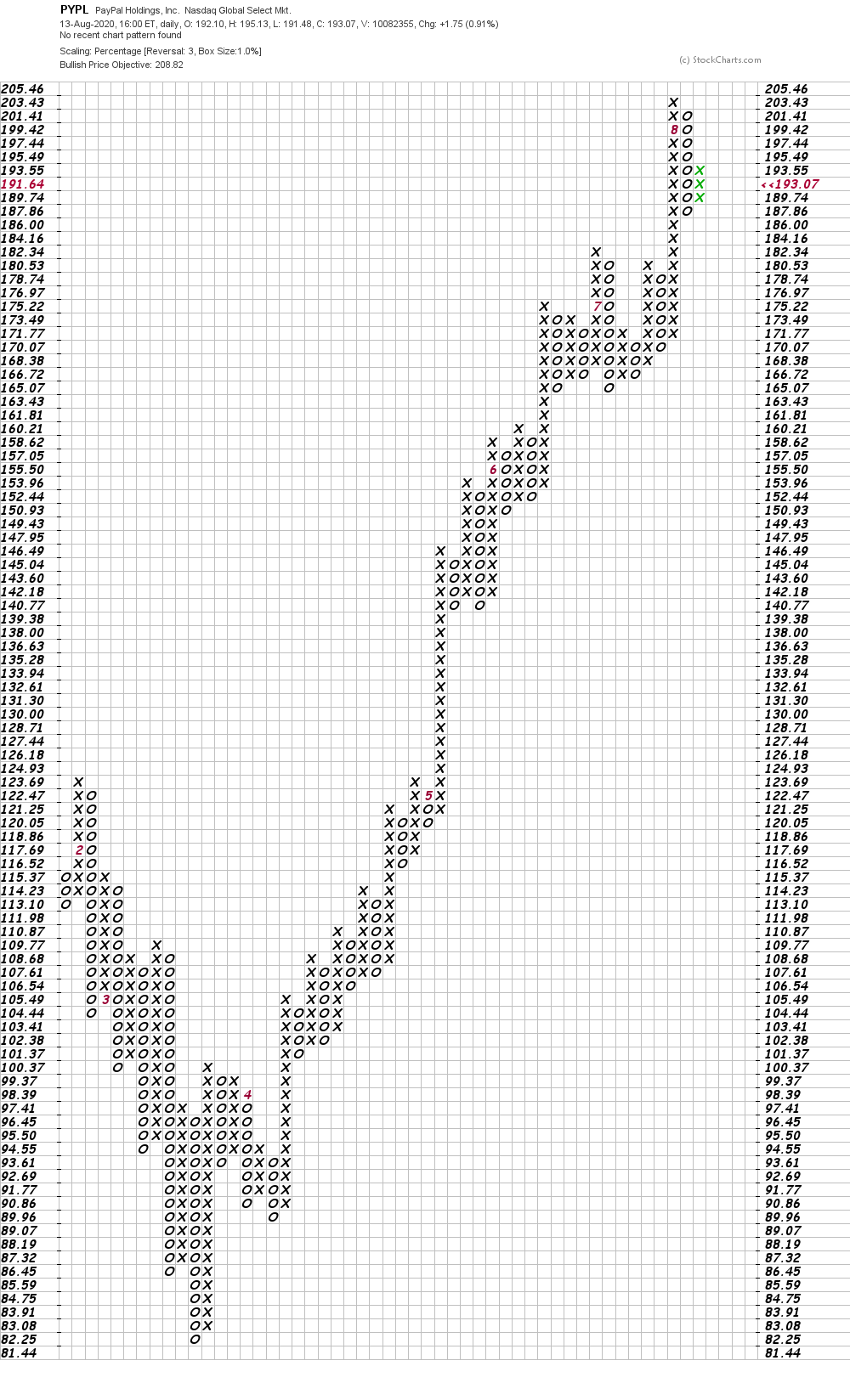 In this weekly Point and Figure chart of PYPL, below, we can see a potential longer-term target of $275. 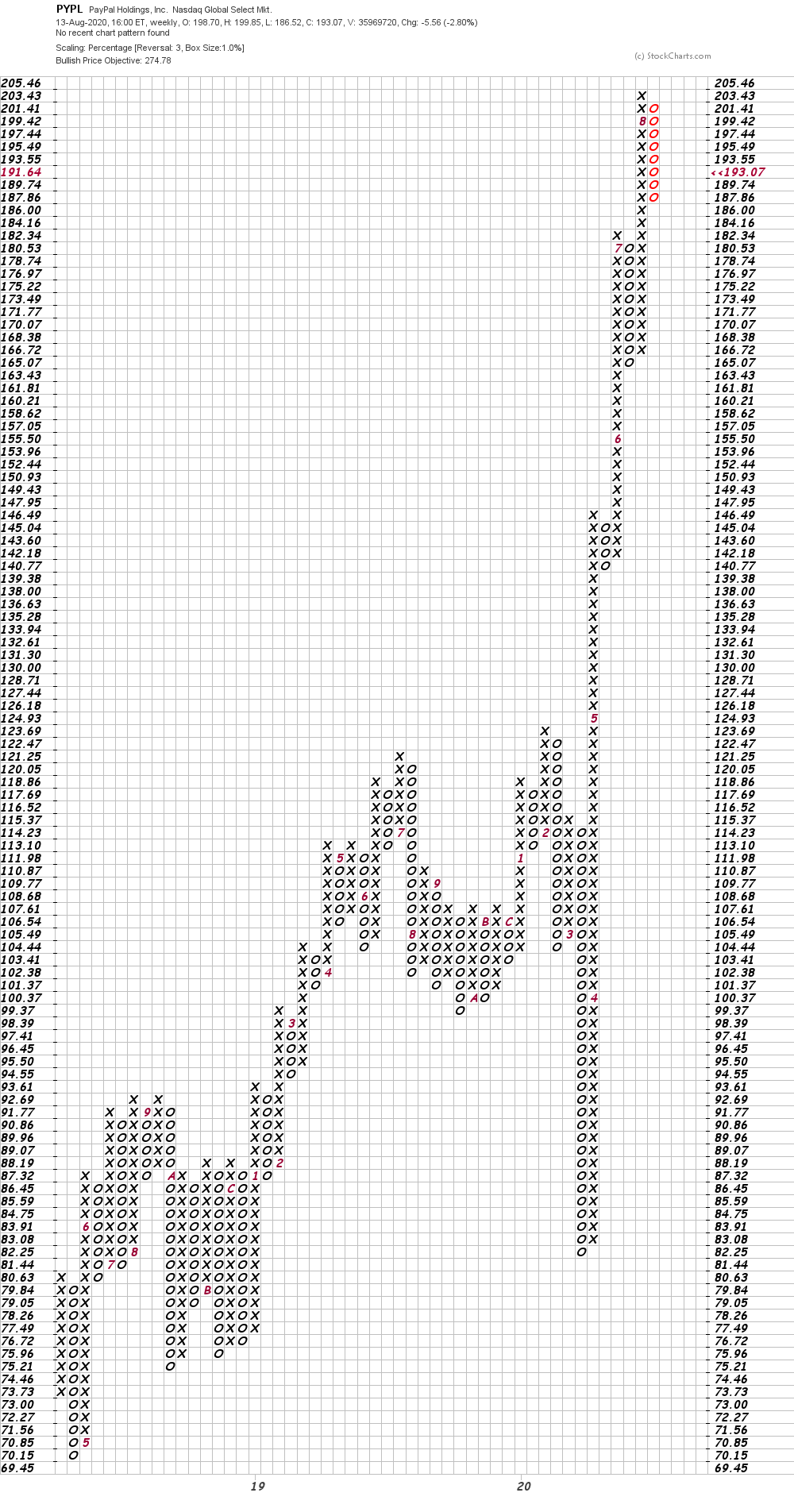 Bottom line strategy: PYPL is still in a major uptrend and we have a higher price target on the weekly Point and Figure chart, but in the short run prices are extended and we are likely to see a period of sideways consolidation before renewed gain. Maintain longs and raise stops to a close below $180.

Get an email alert each time I write an article for Real Money. Click the "+Follow" next to my byline to this article.
TAGS: Investing | Stocks | Technical Analysis | Consumer | Financial Services | E-Commerce | Mad Money | Executive Interview | Real Money