Two days ago I noted we were only slightly or moderately oversold. I should have explained why that was the case, but now I can report that we are gearing up for a good short-term oversold condition. In other words, it's better than it was two days ago.

Take a look at the numbers we are dropping beginning Friday. There are only three days that we drop positive numbers. And Tuesday is a small positive number. That's what makes us oversold, especially heading into the end of the quarter. It might take a few days to get there-might-but we can see it clearly now.

Also, note that the 30-day moving average of breadth drops a decent string of red numbers for the next week of trading. After that, it's not so positive, which is why I don't believe July will be particularly good for markets. This is a bear market, after all. 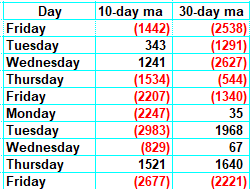 Then there is Nasdaq. I have a similar set up for Nasdaq and it too has a long string of red numbers it's breadth is dropping.

Keep in mind the exact date is not the point. The point is we can see it coming in the next few days, so we are on the lookout for it. 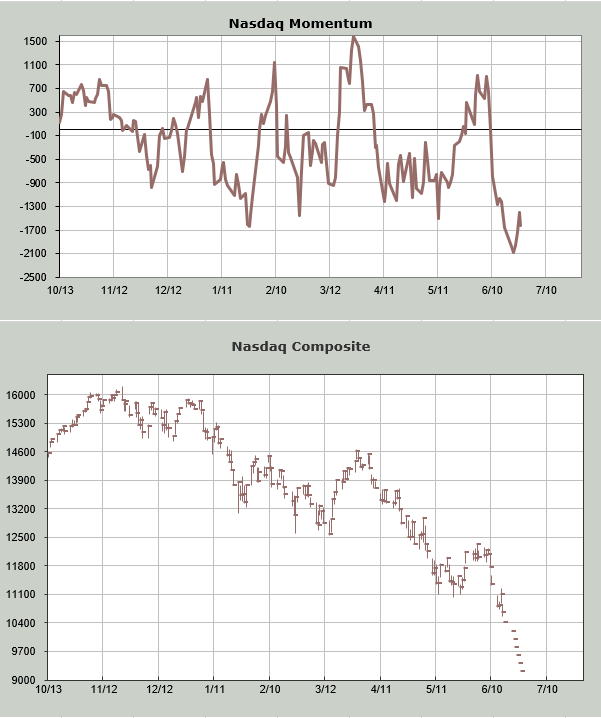 Then there is the Daily Sentiment Index (DSI), which after falling to single digits before the Federal Open Market Committee meeting jumped to the teens after the Fed rally. Now it is back to single digits -- 9 -- for both Nasdaq and the S&P.

So, we have a good oversold reading and the DSI at single digits. I think we can rally next week.

I want to end by noting that energy stocks, the new market darlings, finally got taken to the woodshed on Thursday. Shakeouts in over-owned stocks are good.

Last week when Exxon Mobil (XOM) was at $105, I noted it had hit a measured target and that sentiment was too giddy. Sentiment has clearly backed off and so has the stock -- back to a support area. I suspect it bounces from here now that it's down 15% so quickly.