For his second "Executive Decision" segment of Monday's Mad Money program, Jim Cramer spoke with Judy Marks, president and CEO of Otis Worldwide (OTIS) , the elevator maker that continues to see strong sales and earnings in our new post-pandemic world.

Marks confirmed that consultation in the U.S. and throughout all of North America remains strong. Otis saw revenues surge 8.8% this quarter and the company's backlog of business rose by 6%. Otis also saw order growth in China, which has now risen for eight consecutive quarters.

Despite many headwinds, including rising input costs and freight, Marks felt confident that Otis will continue to offset those pressures by increased productivity, especially in installations.

Let's check and see if the charts are going up or down.

The trading volume has declined in recent weeks suggesting that interest may be drying up. The On-Balance-Volume (OBV) line has been weak since August.

The Moving Average Convergence Divergence (MACD) oscillator is bearish now and has been mostly bearish since September.

In the weekly Japanese candlestick chart of OTIS, below, we see a bearish picture. Prices are in a downtrend and trade below the declining 40-week moving average line. There are no impressive lower shadows or reversal patterns to highlight.

The weekly OBV line is bearish and the MACD oscillator is in a bearish alignment below the zero line.

In this daily Point and Figure chart of OTIS, below, we can see a potential downside price target in the $64 area. 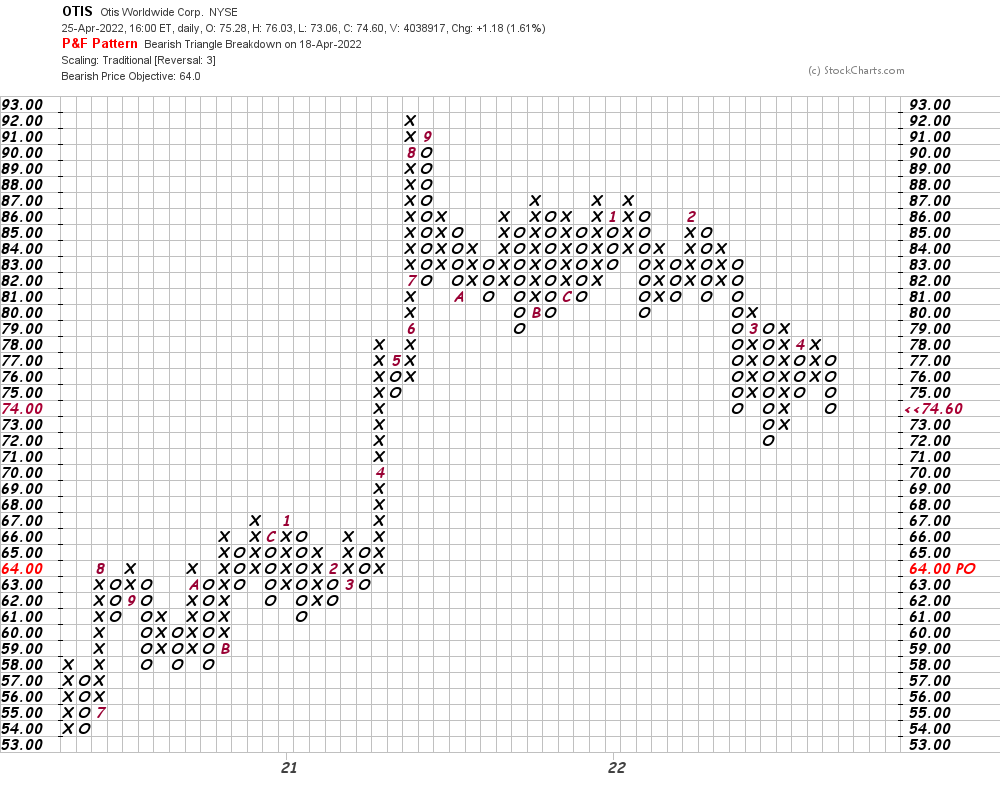 In this weekly Point and Figure chart of OTIS, below, we can see that the shares reached a downside price target of $73. A trade at $71 will refresh the downtrend. 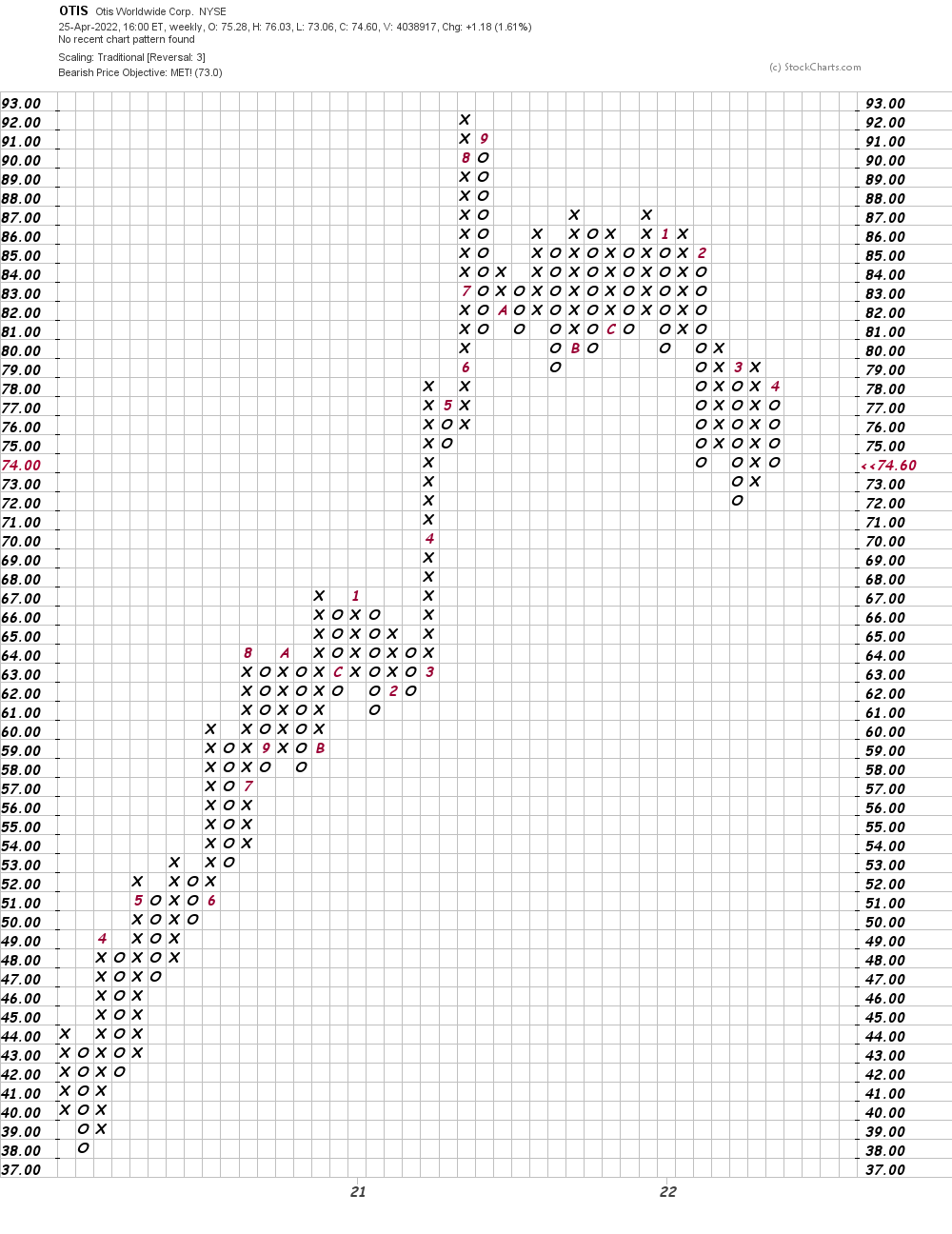 Bottom-line strategy: Shares of OTIS could trade sideways for the short and intermediate term. I would wait for more positive technical developments to be visible and more sideways consolidation before probing the long side.

Get an email alert each time I write an article for Real Money. Click the "+Follow" next to my byline to this article.
TAGS: Investing | Stocks | Technical Analysis | Industrial Goods | Mad Money | Executive Interview