One caller during Jim Cramer's fast paced Lightning Round on Mad Money asked about OrganiGram Holdings Inc. (OGI) . "It's highly speculative and not necessarily the one I would buy. I'm more inclined to buy Cronos Group (CRON) these days." said Cramer.

OrganiGram Holdings is a licensed producer of medical marijuana so let's find a dispensary and check out the charts.

In the daily bar chart of OGI, below, we can see an uptrend with a correction in October/December of 2018 and the start of another correction from late May. OGI is now trading below the declining 50-day moving average line but still above the cresting 200-day line. Trading volume increased from December to May but has declined the past two months.

Even though volume has declined in May and June the daily On-Balance-Volume (OBV) line has moved lower which is a sign that sellers of OGI have been more aggressive. The trend-following Moving Average Convergence Divergence (MACD) oscillator has been moving lower since February but now it could be crossing to the upside from below zero for a cover shorts buy signal.

In the three-year weekly bar chart of OGI, below, we can see that prices have made a huge rally from below $1.00 to over $8.00. This is the kind of advance that attracts some people to "penny stocks."

The 40-week moving average line is bullish and so is the weekly OBV line. The MACD oscillator on this time frame is in a take profits sell mode.

In this Point and Figure chart of OGI, below, we can see a potential long-term price objective of $17.25 -- another big percentage move higher if it happens. 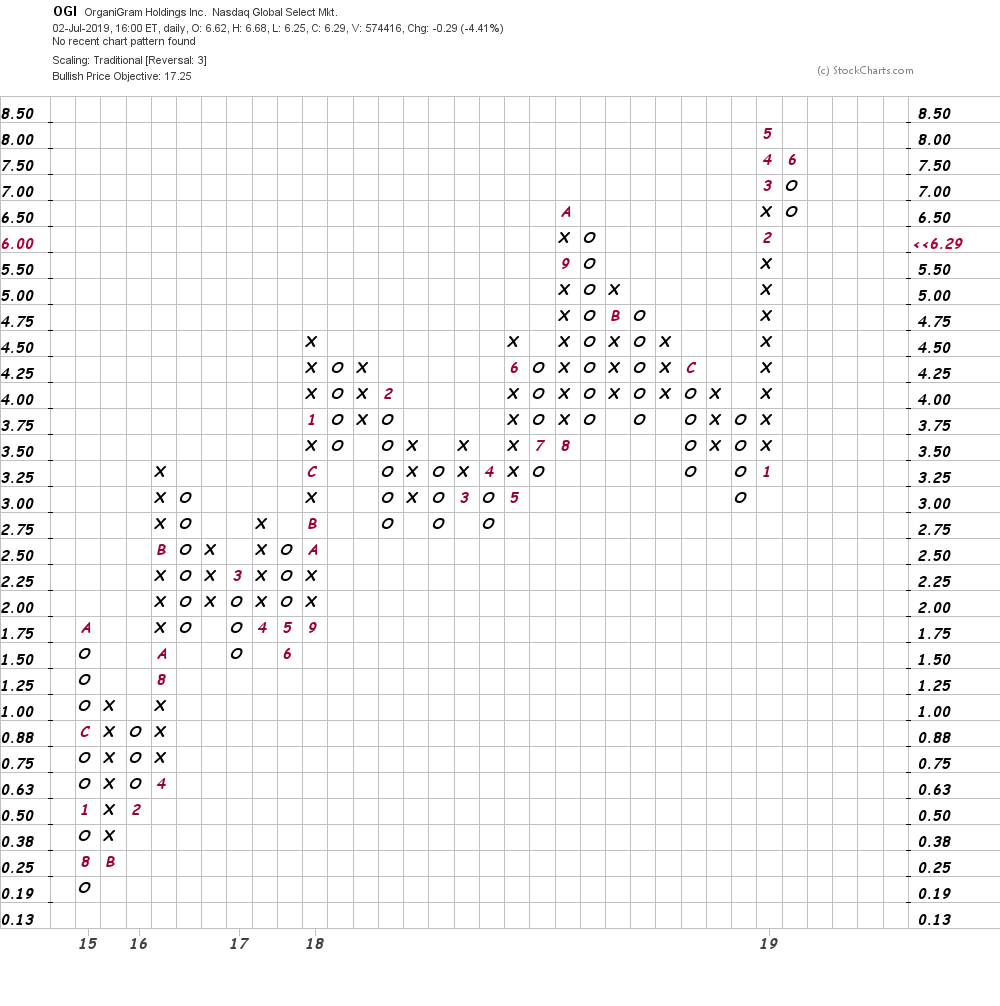 Cramer favors CRON and in this Point and Figure chart of CRON, below, a $24 price target is projected. 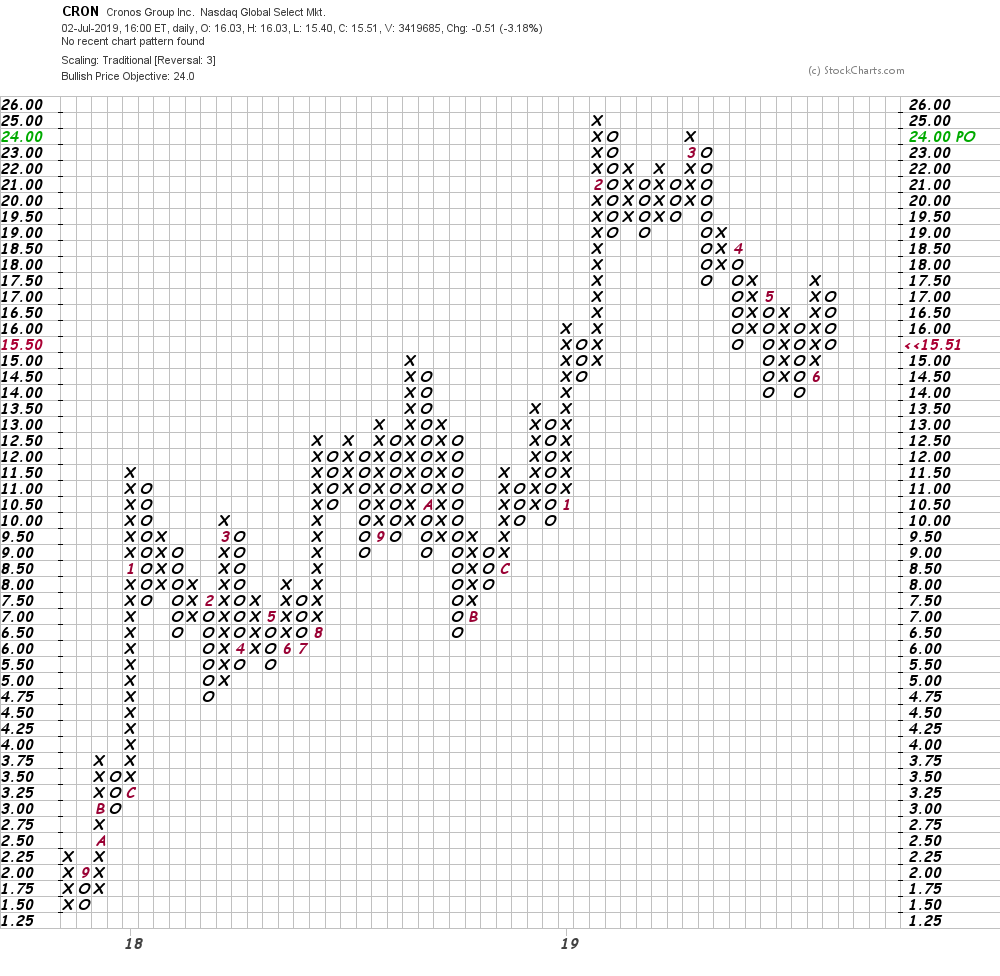 Bottom-line strategy: Risking a close below $5.50 experienced traders who are disciplined could probe the long side of OGI near $6.00. Target the $13-$17 area in the months ahead.

Get an email alert each time I write an article for Real Money. Click the "+Follow" next to my byline to this article.
TAGS: Investing | Penny Stocks | Stocks | Technical Analysis | Marijuana | Mad Money | Cannabis