During last Friday's "Mad Money" program Jim Cramer told viewers about his game plan for this week. Wednesday we'll get earnings from Campbell Soup (CPB) and Oracle Corp. (ORCL) . Cramer said packaged foods fail to impress Wall Street these days, even with a 3.2% dividend yield, but Oracle is just the low-risk tech stock that investors are looking for. Let's check out the charts of ORCL ahead of Wednesday's third-quarter figures.

We looked at ORCL way back on June 15, 2020, and wrote at that time, "ORCL finished last week below the $52 lower band noted above. I have no special knowledge of their earnings figures but the stock appears to be getting dragged down by the weakness in the broader market. If volume does not expand on weakness we might only get a dip to $48 and that might turn out to be a buying opportunity for renewed gains in the latter half of the year."
Let's check out the latest charts of ORCL.
In this daily bar chart of ORCL, below, we can see that prices dipped a modest amount in June 2020 and then the rally resumed. ORCL has tested the rising 50-day moving average line a number of times since June and stayed below the line a number of times. The rising 200-day moving average line was the indicator to watch as tests in August and late October turned out to be buying opportunities. The On-Balance-Volume (OBV) line shows fresh strength from December to confirm and support the price gains. The Moving Average Convergence Divergence (MACD) oscillator is in a bullish alignment above the zero line.

In this weekly bar chart of ORCL, below, we see a positive picture. Prices are in a longer-term uptrend and are trading above the rising 40-week moving average line. The weekly OBV line shows strength from August and tells us that buyers of ORCL have been more aggressive. The trend-following MACD oscillator has been mostly bullish since June.

In this daily Point and Figure chart of ORCL, below, we can see that prices reached and exceeded the price target of $67. 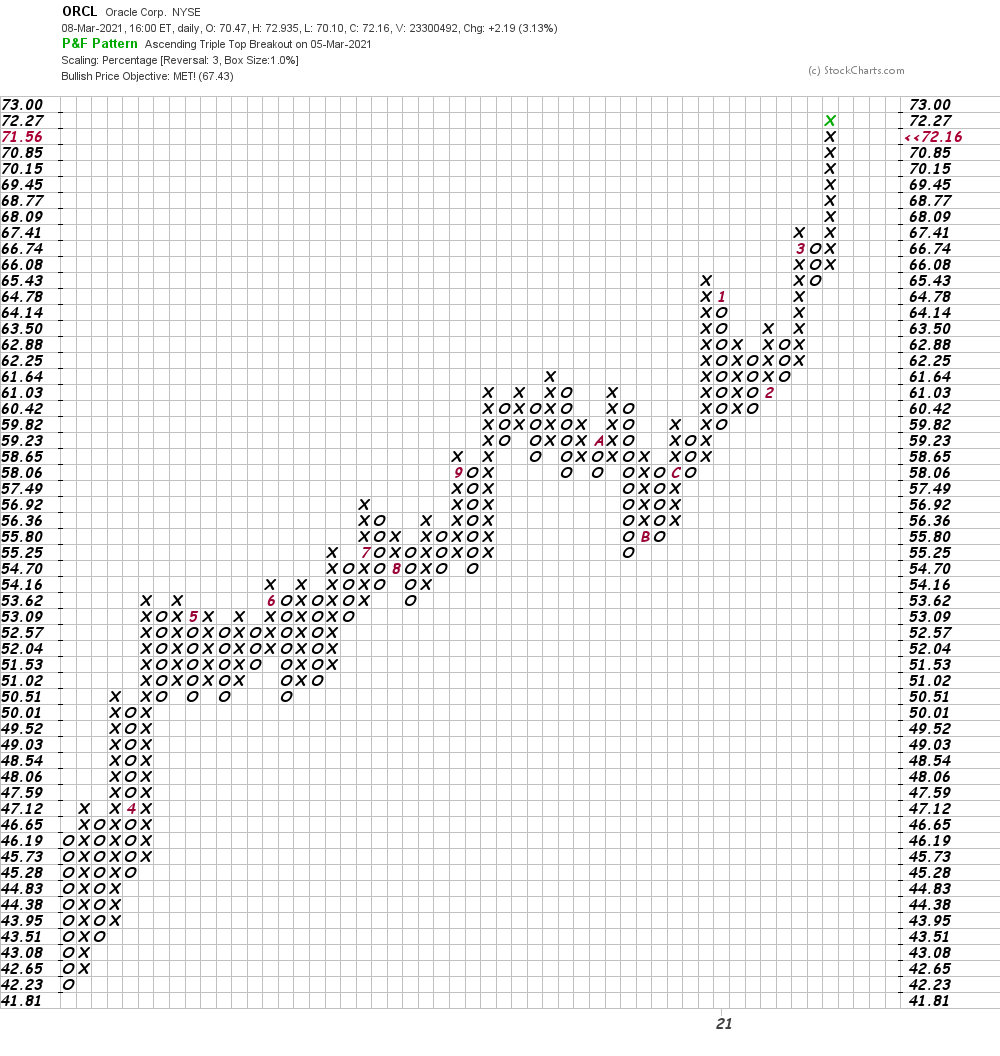 In this weekly Point and Figure chart of ORCL, below, we see that the software is projecting the $84 area as a potential price target. 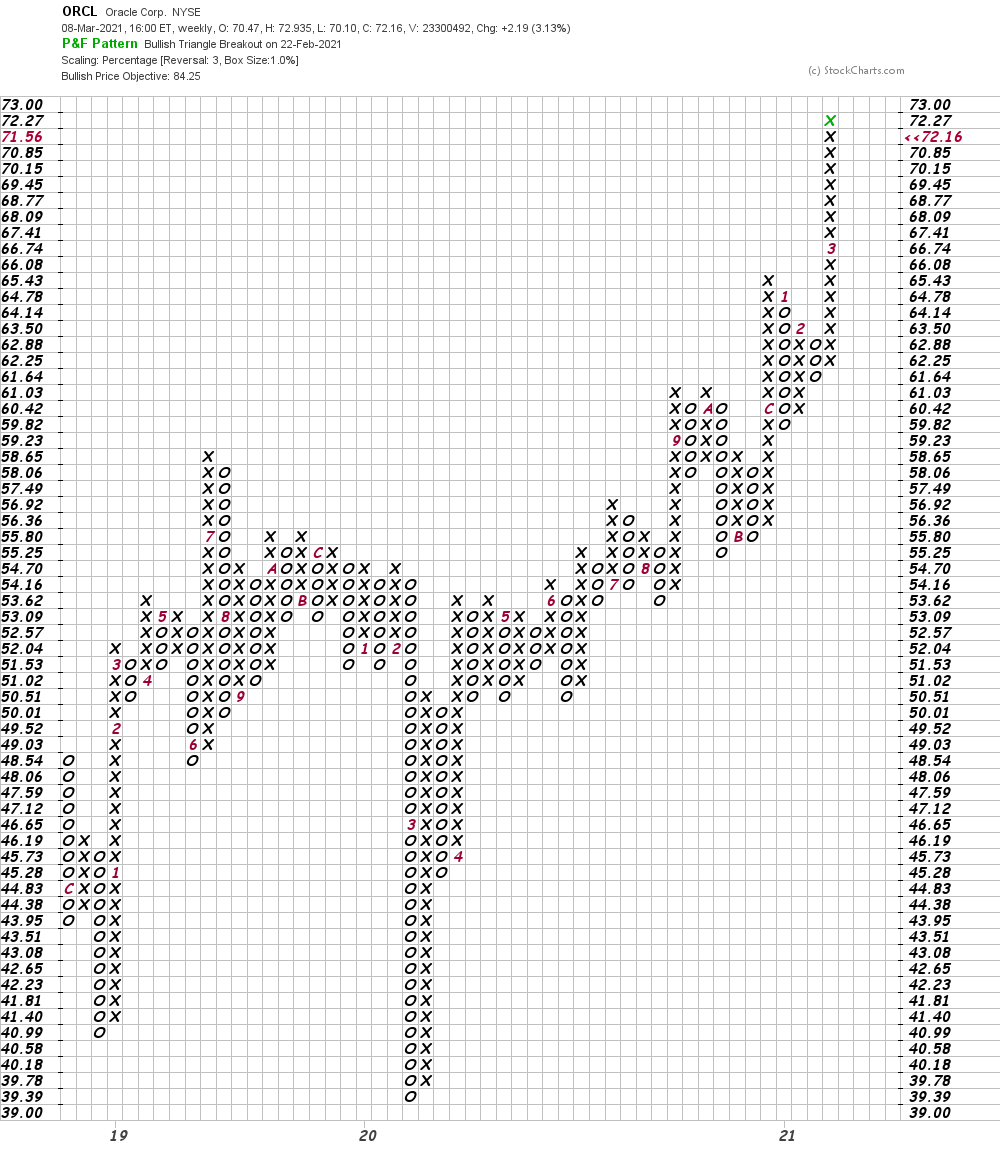 Bottom line strategy: I have no special knowledge of what numbers ORCL will report after the close of trading Wednesday, but the charts and indicators at this point in time remain bullish.  Raise sell stops to $62.
Get an email alert each time I write an article for Real Money. Click the "+Follow" next to my byline to this article.
TAGS: Investing | Stocks | Technical Analysis | Software & Services | Technology | Technology Hardware & Equipment | Mad Money | Real Money | Earnings Preview