Cohen said while some have criticized his company for false positives, in reality it has implemented new protocols that automatically quarantine and retest borderline cases. That procedure, he said, has been working well as an extra step in keeping everyone safe.

In regard to the NFL, Cohen said it is likely moving to daily testing for everyone involved, especially given how long the incubation period is before positive results appear.

Let's check out the charts of OPK to see if anything is now incubating.

We last reviewed the charts of OPK on Aug. 25 and wrote at the time, "Continue to avoid the long side of OPK. A decline into the $3.50-$3.00 area is possible." Now that prices re-based in the $3.00 area we can change our strategy.
In this daily bar chart of OPK, below, we can see that prices found buying interest around $3.00 from late August through late September. A new rally has gotten underway, lifting prices above the declining 50-day moving average line. The slope of the 200-day moving average line is positive. The daily On-Balance-Volume (OBV) line made only a shallow dip in August and September as prices declined, telling us that longs largely stayed with their positions. The OBV line is restarting its climb as we write and tells us now that buyers are back. The Moving Average Convergence Divergence (MACD) oscillator crossed to the upside from below the zero line in September for a cover shorts buy signal and now is close to crossing the zero line for an outright go long message.

In this weekly bar chart of OPK, below, we can see a bullish longer-term picture. Prices have turned upward again after a correction. OPK is above the rising 40-week moving average line. The weekly OBV line is strong and confirming the price action. The MACD oscillator has been narrowing toward a fresh buy signal.

In this daily Point and Figure chart of OPK, below, we can see that prices reached their downside price objective. 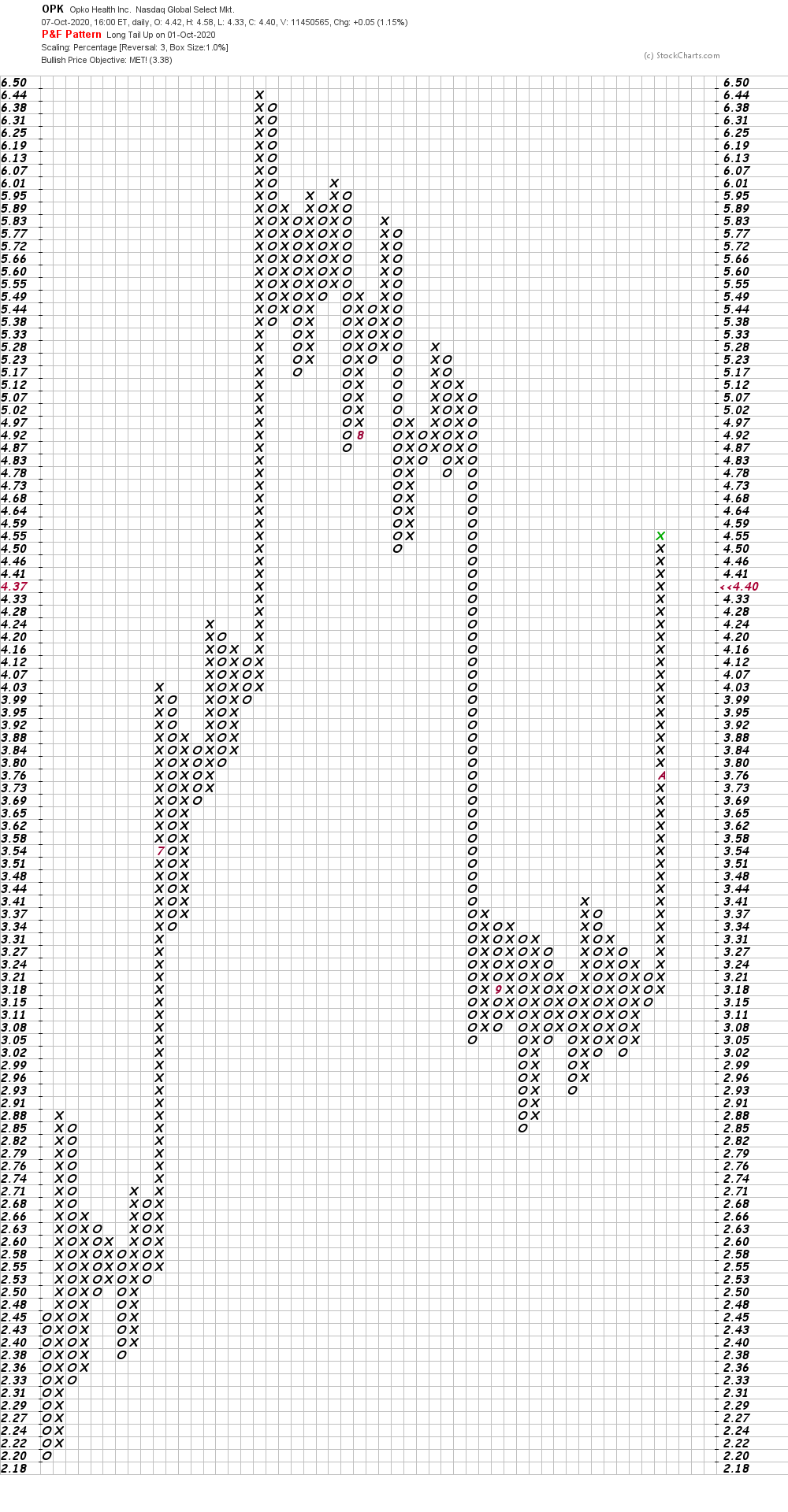 In this weekly close-only Point and Figure chart of OPK, below, we can see a potential price target in the $13.25 area. A traditional even-dollar amount was used for the scaling. 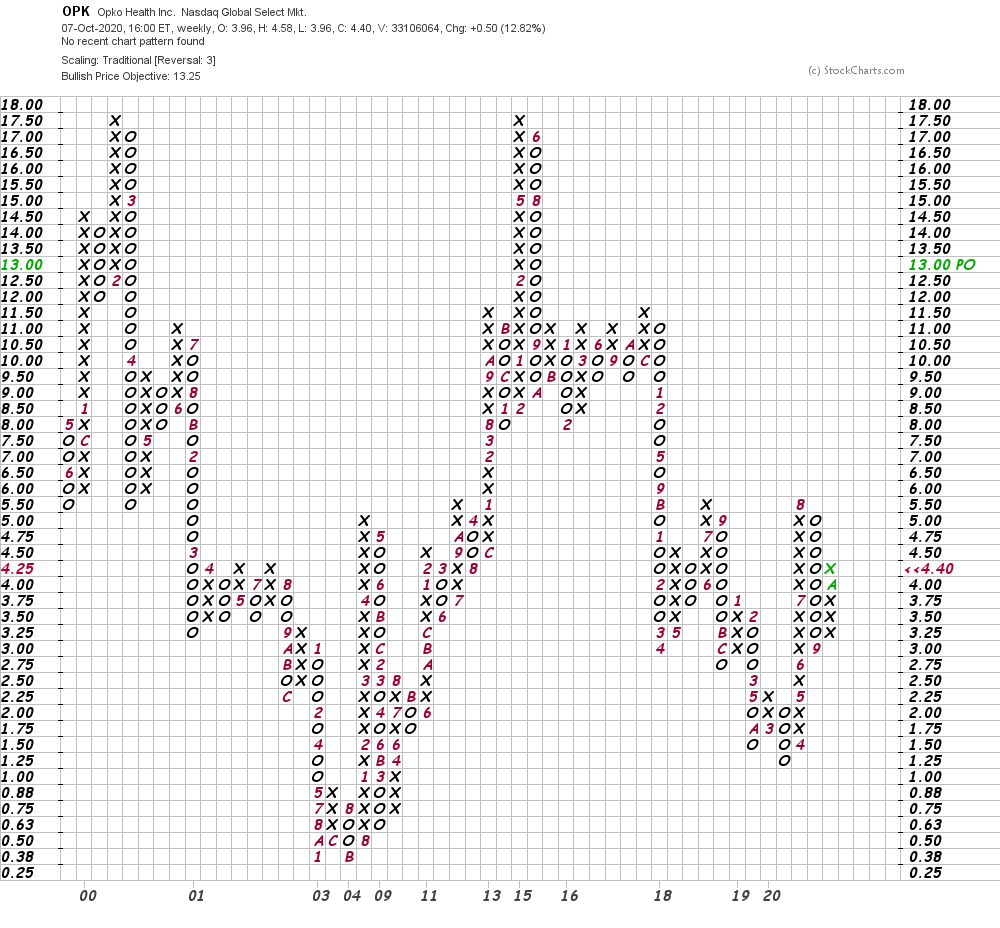 Bottom line strategy: The correction in OPK is behind us and a new uptrend is underway. Traders could go long OPK in the $4.50-$4.00 area, risking a close below $3.50 for now. The $13.25 area is our price objective.
Get an email alert each time I write an article for Real Money. Click the "+Follow" next to my byline to this article.
TAGS: Investing | Stocks | Technical Analysis | Health Care Equipment & Services | Healthcare | Life Sciences | Sports business | Mad Money | Executive Interview | Real Money | Sports | Coronavirus