The U.S, now accounts for 20% of the global natural gas market, Souki said, and natural gas is now priced on a global market. The U.S. has plenty of gas reserves in the Marcellus and other regions, he said, but the infrastructure may never be there to move it in any sizable way.

Let's check out the charts of TELL.
In this daily bar chart of TELL, below, we can see that prices were weakening before the broad market decline in February and March. TELL did not just decline in late February -- it plunged. Prices have had some temporary bounces since March, but none of them have lasted for long and prices made lower lows into September. The trading volume has been erratic, with two temporary surges. The On-Balance-Volume (OBV) line has stayed in a downtrend since February, telling us that sellers of TELL have been more aggressive. No need to look at the MACD oscillator and nothing constructive from the bearish moving averages.

In this weekly bar chart of TELL, below, we can see that prices have been in trouble for a long time. The trend is down but the weekly OBV line shows some improvement. I think I want to take this with a grain of salt.

In this daily Point and Figure chart of TELL, below, the downside price target of $0.00 is not encouraging. 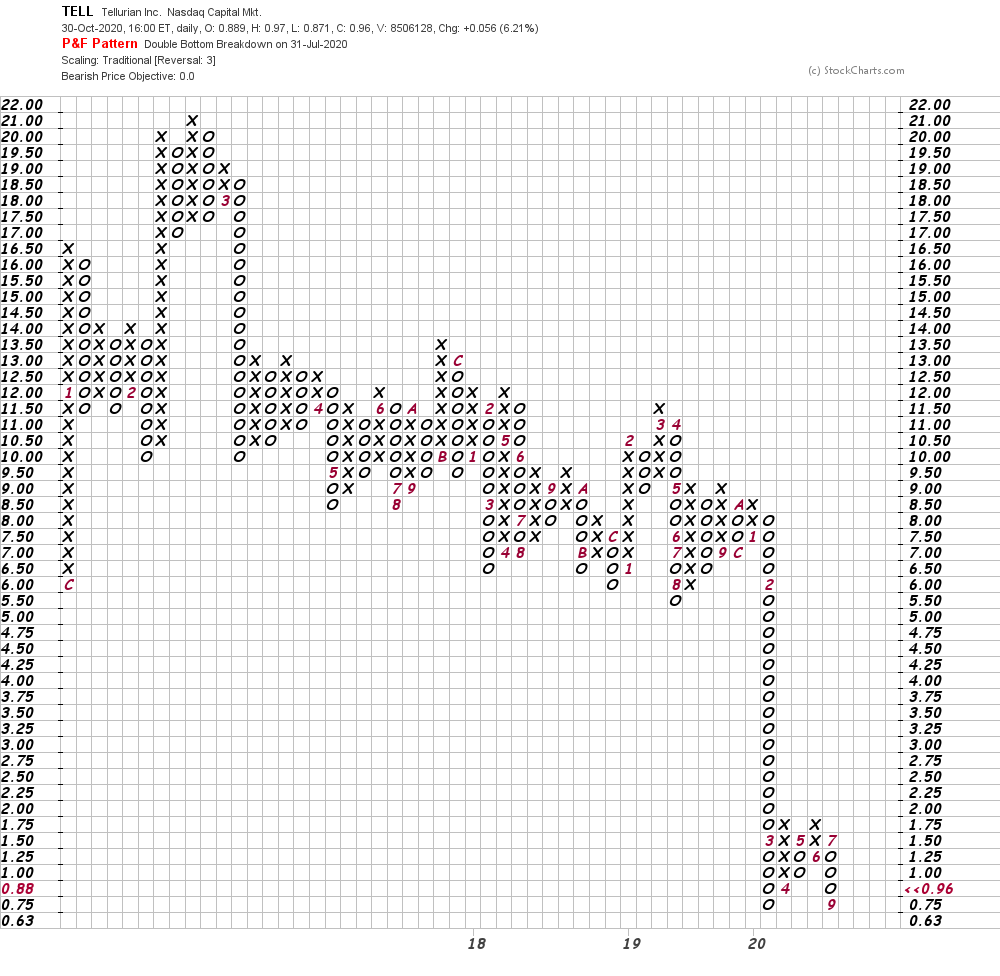 Bottom line strategy: TELL reminds me of a lottery ticket. I bought many lottery tickets passing through the Port Authority Bus Terminal in the decades I commuted to New York City. They were interesting when the numbers were called but none of them paid off. Avoid TELL.
Get an email alert each time I write an article for Real Money. Click the "+Follow" next to my byline to this article.
TAGS: Investing | Stocks | Technical Analysis | Energy | Natural Gas | Mad Money | Executive Interview | Real Money