The bulk of the major equity indices closed higher Friday with only the Dow Jones Transports posting a loss.

All but the Russell 2000 (see below), which is neutral, remain in near-term bullish trends and lacking sell signals.

Market breadth, however, remains split with the All Exchange and NYSE cumulative advance/decline lines positive and above their 50-day moving averages while the Nasdaq's is negative and below its 50 DMA. 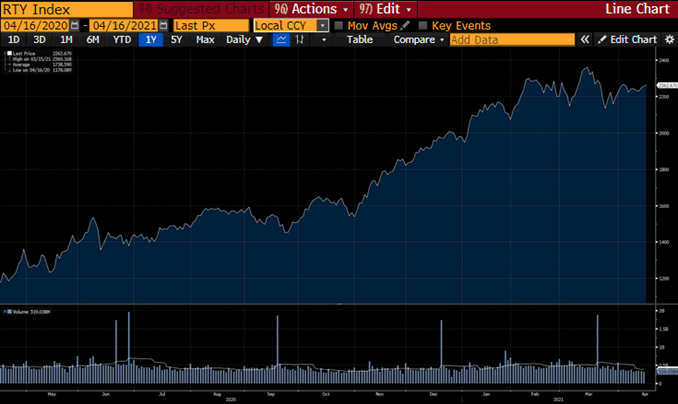 Last week's Investors Intelligence Bear/Bull Ratio (contrary indicator) was unchanged at a bearish 17.5/54.4 with the AAII a bearish 21.4/52.2 as bullish sentiment increased.

Of note, the Open Insider Buy/Sell Ratio is still bearish and unchanged at 15.9 as insiders remain largely on the sell side. As previously noted, this data point tends to be more effective in marking market lows versus tops, in our opinion.

Valuation still appears extended with the forward 12-month consensus earnings estimate for the S&P 500 from Bloomberg lifting to $182.85 per share. This leaves the S&P's forward multiple at 22.9x while the "rule of 20" finds fair value at 18.4x. We reiterate the valuation spread has been consistently wide over the past several months while the forward estimates have risen rather consistently.

Despite sentiment levels, the charts and OB/OS levels suggest we stay "neutral/positive" in our near-term macro-outlook for equities.