In his first Executive Decision segment of Wednesday's "Mad Money" program, host Jim Cramer spoke with Todd McKinnon, chairman and CEO of Okta Inc. (OKTA) , an identity security company that on Wednesday posted a fourth-quarter loss that was smaller than expected by analysts.

When asked about the criticisms that Okta makes no money, McKinnon said the company's strategy hasn't changed over the past six years. With such a huge market opportunity in front of it, the best use of Okta's cash is to invest into its business and not to focus on earnings.

In our Nov. 30 review of OKTA we wrote, "I have no special knowledge of what OKTA is going to report. Still, I would stand aside from any OKTA longs ahead of Wednesday's earnings announcement." We included a Point and Figure chart with a $146 downside price target, which shares approached in late February.

In this updated daily bar chart of OKTA, below, we can see some interesting developments. Prices are still in a downtrend as they trade below the declining 50-day moving average line as well as below the negatively sloped 200-day moving average line. The trading volume has been heavier the past three months as some traders may have been voting with their feet. Oddly, the On-Balance-Volume (OBV) line shows a rise to a new high, which normally tells us that buyers of a stock are more aggressive. The Moving Average Convergence Divergence (MACD) oscillator has signaled a number of cover shorts buy signals in the past three months but it hasn't produced a sustained bounce so far.

In this weekly Japanese candlestick chart of OKTA, below, we see a much different picture than the daily bar chart above. Prices are in an intermediate-term downtrend as they trade below the declining 40-week moving average line. The candles show only one recent lower shadow so they are not making a good case for a bottom. The weekly OBV line shows a significant decline, which is at odds with the movement of the daily OBV line (above). The weekly MACD oscillator is bearish, but we have seen some narrowing of the two moving averages that make up this indicator.

In this daily Point and Figure chart of OKTA, below, we can see a possible upside price target of $257. 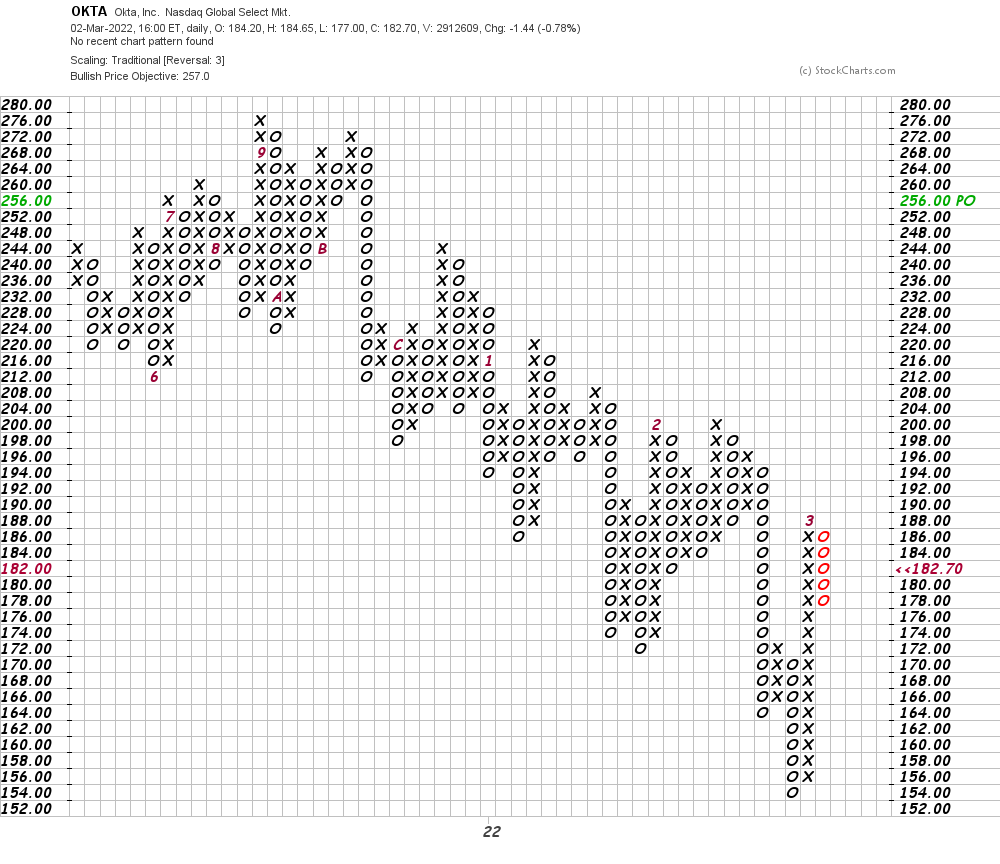 In this weekly Point and Figure chart of OKTA, below, we can see a downside price target of $121. 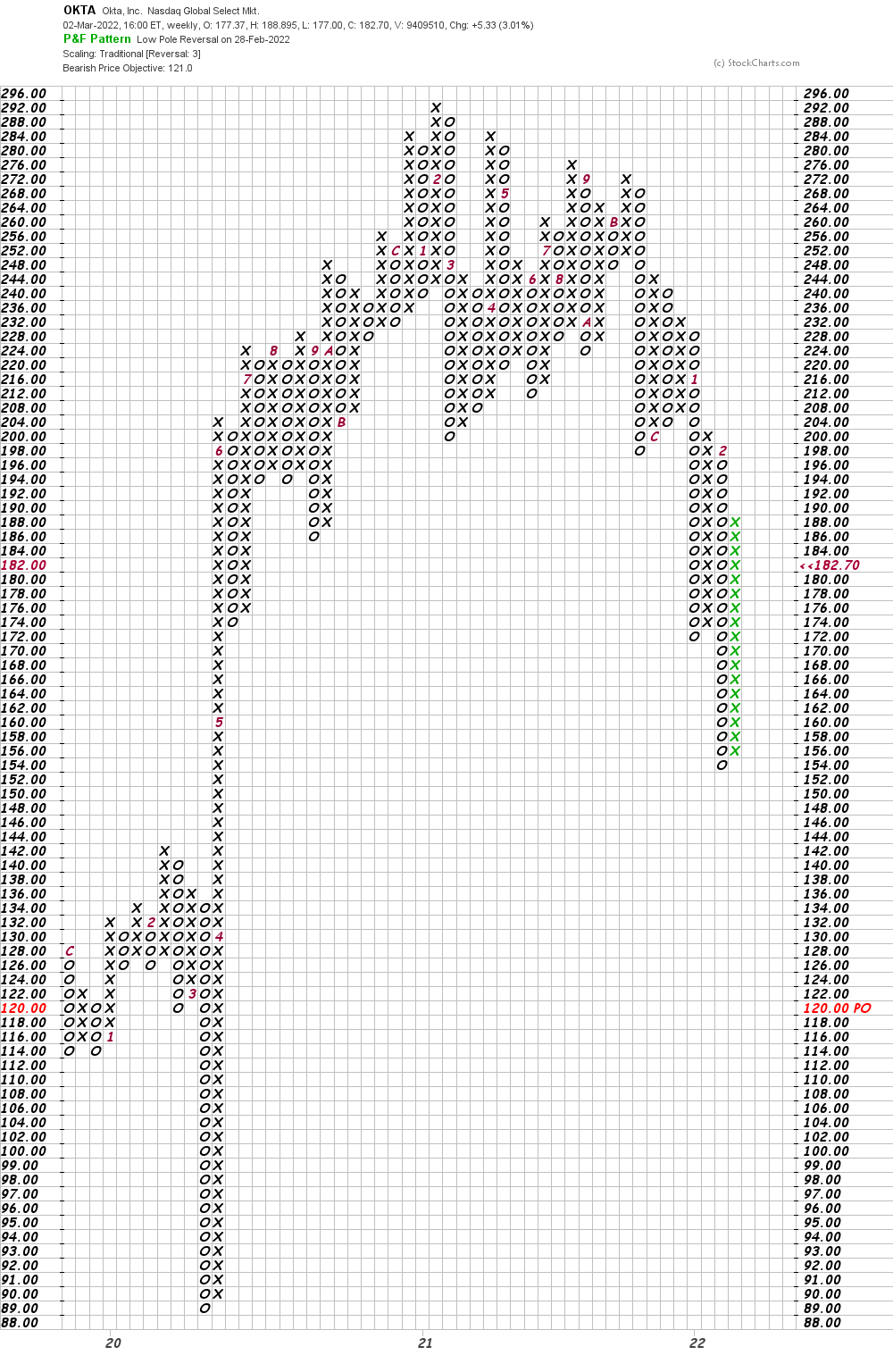 Bottom line strategy: Prices have almost been cut in half from their April highs, making OKTA somewhat attractive. However, we are not finding enough bullish clues on the charts and from the indicators to recommend a long position at this point in time. Let's check back in several weeks.

Get an email alert each time I write an article for Real Money. Click the "+Follow" next to my byline to this article.
TAGS: Earnings | Investing | Stocks | Technical Analysis | Cybersecurity | Software & Services | Mad Money | Executive Interview | Real Money

Technically, you do have all of the confirmation that you need to support a broad equity market breakout at this point.

Will a Weak Employment Report Be Good News for the Market?

Bad economic news may not be the market positive it once was, especially when earnings are mediocre and the market is technically extended.

Amid Market Chaos, This Stock Strikes a Chord

Let's learn how to tune out investing 'noise' and focus on what matters.