Readers of Jim Cramer's Real Money column "Here's Who Would Bulk Up From a Big Infrastructure Bill" were reminded that steelmaker Nucor Corp. (NUE)  is a favorite of his as an infrastructure stock.

Let's check out NUE's charts and indicators and see if it should be a favorite of yours as well.

In the daily bar chart of NUE, below, we can see that prices were cut in half from December to March. The shares made a partial rebound from late March into April followed by a shallow pullback. Prices continued to stair-step higher into June. NUE is trading now between the declining 200-day moving average line and the rising 50-day moving average line.

The daily On-Balance-Volume (OBV) line shows a bottoming pattern from March, which tells us that aggressive buying is making a comeback. The Moving Average Convergence Divergence (MACD) oscillator turned bullish in late April when it moved above the zero line. This oscillator looks poised to turn higher again for a fresh outright buy signal.

In the weekly bar chart of NUE, below, we can see that prices are getting close to testing and maybe breaking a longer-term downtrend in place since late 2017. Prices are below the declining 40-week moving average line but that does not seem all that far away with the weekly OBV line moving up strongly.
The cover shorts buy signal from the MACD oscillator is another positive.

In this Point and Figure chart of NUE, below, we can see a potential upside price target in the $55-$56 area. A trade at $46.65 should be an upside breakout and refresh the uptrend. 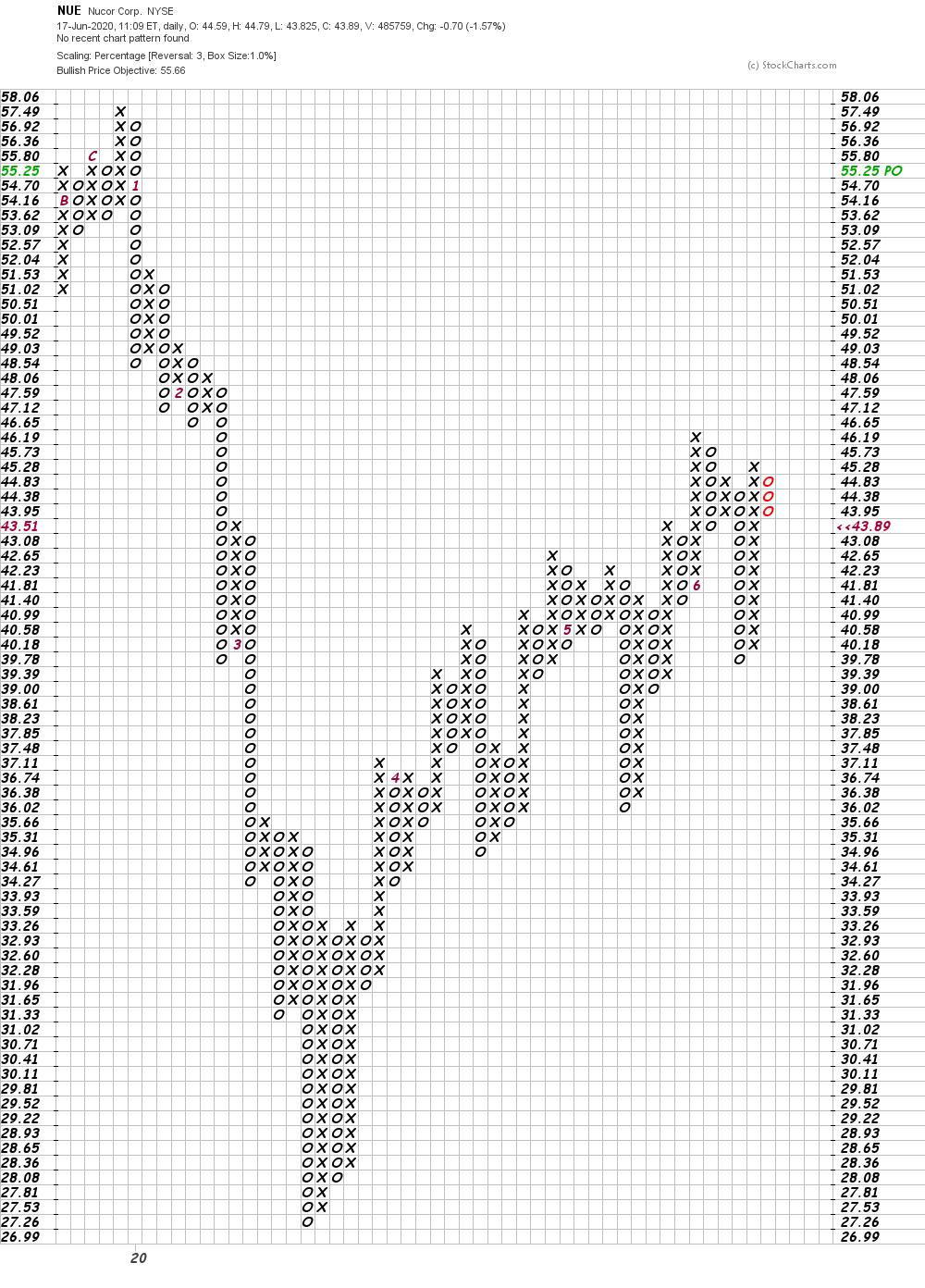 Bottom-line strategy: I have know idea what is happening in Washington D.C. and the likelihood of a large infrastructure bill getting passed, but the charts of NUE are positive looking right now. Approach from the long side risking a close below $37.
Get an email alert each time I write an article for Real Money. Click the "+Follow" next to my byline to this article.
TAGS: Investing | Stocks | Technical Analysis | Construction & Engineering | Metals & Mining | Mad Money | Basic Materials