Del Rio said the pandemic isn't over, but it's certainly behind us, and with many pandemic protocols winding down now's the perfect time to take a cruise. Norwegian has 25 of its 28 ships back in operation and Del Rio said guest satisfaction is at all-time highs.

Del Rio admitted that Norwegian's balance sheet isn't in terrific shape as a result of the pandemic, but his company has committed to paying down debt and its 2023 bookings are "looking fantastic."

Let's check on the charts to see if they look fantastic or something else.

In this daily bar chart of NCLH, below, we can see that prices have been in a downtrend the past 12 months. The latest bear market rally from early March stopped at the underside of the declining 200-day moving average line. The slope of the 50-day average line is flat now and prices could easily close back below it. The trading volume has been more active since the middle of November but it has not produced a sustained advance. The On-Balance-Volume (OBV) line shows a decline to early March followed by a shallow rise. The Moving Average Convergence Divergence (MACD) oscillator briefly crossed above the zero line but appears to be turning back down again; trend strength is lacking.

In this weekly Japanese candlestick chart of NCLH, below, we can see the past three years of price action -- the huge pandemic decline followed by a so-so recovery and now a decline in the past year. NCLH is trading below the bearish 40-week moving average line. The weekly OBV line shows a choppy move lower the past five months or so. The MACD oscillator is bearish.

In this daily Point and Figure chart of NCLH, below, we see only the price changes -- no volume, no indicators. The software is projecting a potential upside price target in the $31 area. 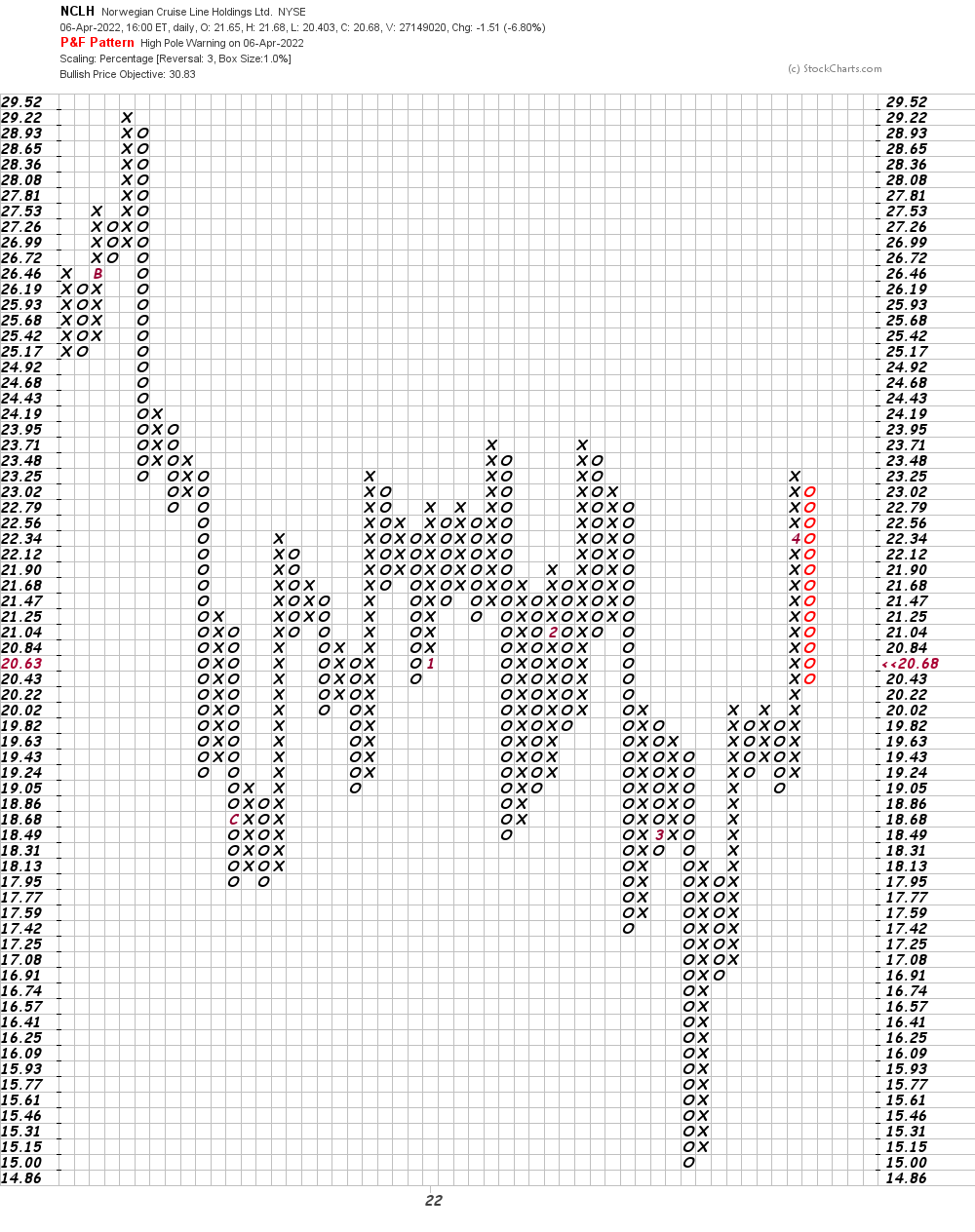 In this weekly Point and Figure chart of NCLH, below, we can see a possible downside price target of $16. 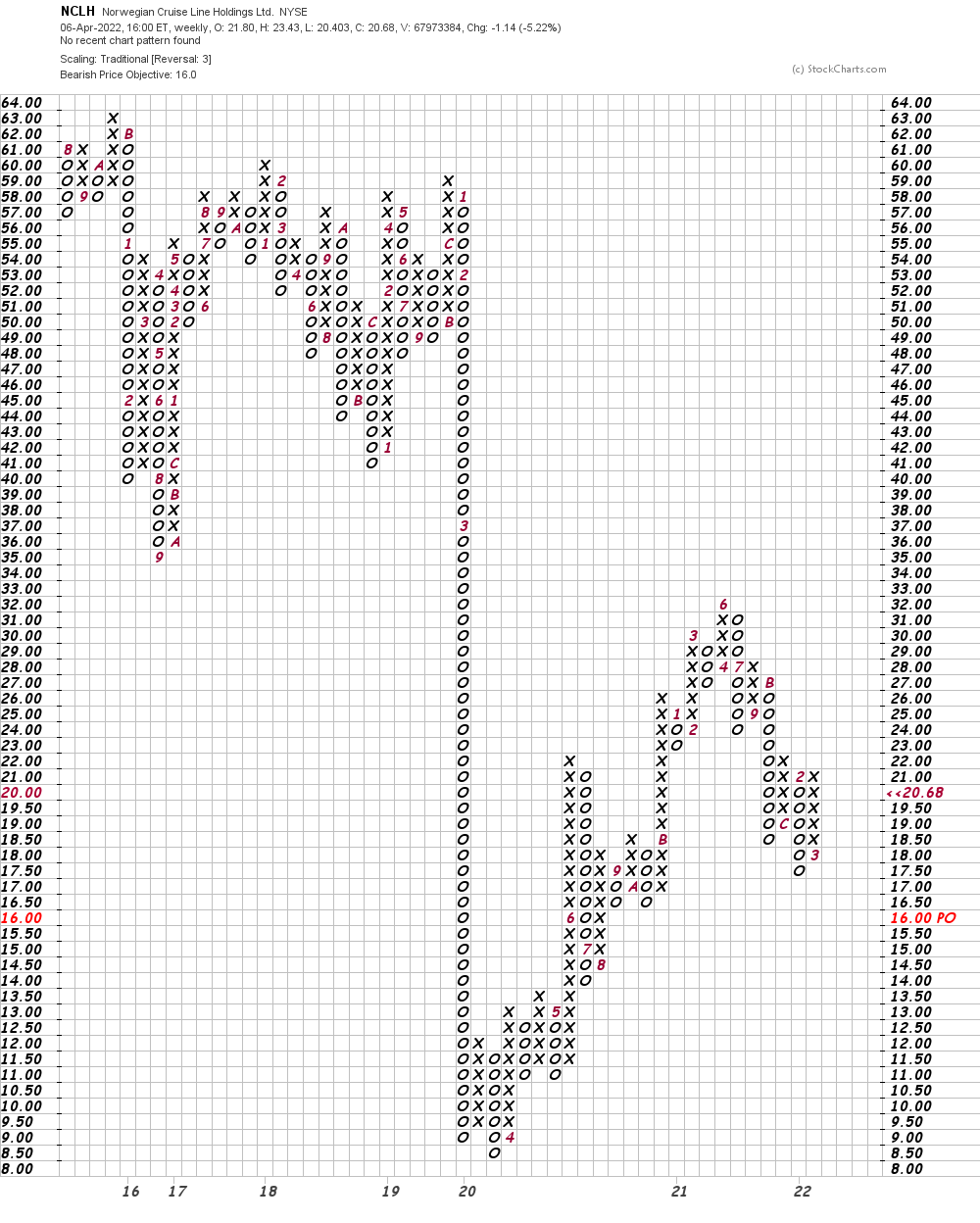 Bottom line strategy: We are taking one of our grandsons away in August on a cruise to Alaska. We hope travel issues will be behind us and everyone else. Maybe NCLH can make a bottom by then on the charts? We'll see how things go after a retest of the early March low.

Get an email alert each time I write an article for Real Money. Click the "+Follow" next to my byline to this article.
TAGS: Investing | Stocks | Technical Analysis | Resorts and Hotels | Mad Money | Executive Interview | Real Money | Consumer Discretionary