In Jim Cramer's Part 2 on the Dow Jones Industrial Average (DJIA) stocks he rounded out his list with two bearish names: Nike Inc. (NKE)  and McDonald's Corp. (MCD)  , both of which, he said, are still too expensive with high expectations.

Let's check out the charts of NKE.

The trading volume has been heavier this month compared to January and the On-Balance-Volume (OBV) line shows a decline from early January, telling us that sellers of NKE have been more aggressive all year.

In this weekly bar chart of NKE, below, we can see that prices are below the still rising 40-week moving average line. The $90-$80 area should have acted as support, but NKE has pushed more than halfway through this zone so it is likely to decline all the way through.
The weekly OBV line is pointed lower and the MACD oscillator is in a bearish take profits sell mode.

In this Point and Figure chart of NKE, below, we can see that the software is projecting a possible downside price target in the $68 area. 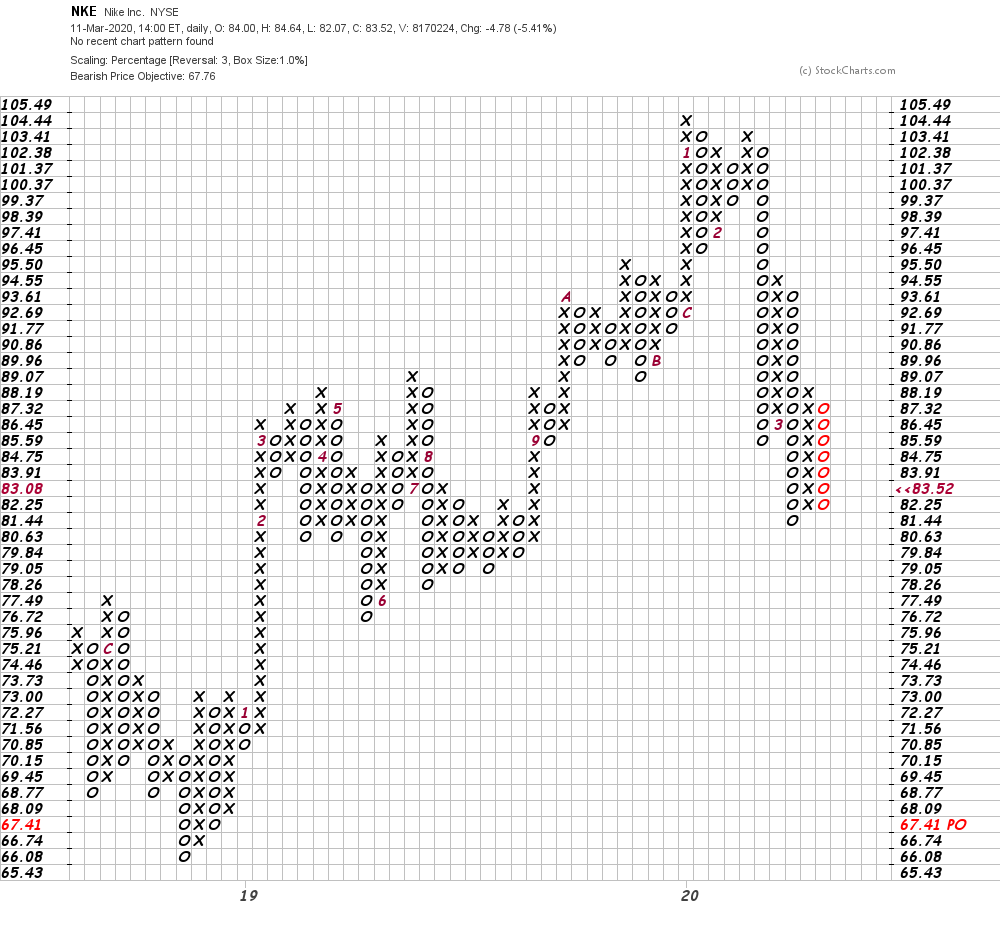 Bottom-line strategy: The charts of NKE show a lot of potential for a further decline in the days ahead. Avoid the long side of NKE.
Get an email alert each time I write an article for Real Money. Click the "+Follow" next to my byline to this article.
TAGS: Investing | Stocks | Technical Analysis | Apparel | Retail | Sports business | Mad Money | Real Money

The current version of the doughnut purveyor doesn't resemble the business that JAB Holdings acquired five years ago.

Eli Lilly Is Going Strong: Here's How to Play It

Let's check out the LLY charts amid FDA approval of the company's Alzheimer's drug.