Newmont Corp. (NEM) is the second company in our series on precious metals. We discussed Franco-Nevada (FNV) earlier.

Without further adieu let's jump into the NEM charts.

The On-Balance-Volume (OBV) line has been in a slow decline since late July while the Moving Average Convergence Divergence (MACD) oscillator has moved sideways around the zero line since June. Overall, the indicators seem bearish but prices have stayed above the June lows. I wonder, why is that?

In the weekly Japanese candlestick chart of NEM, below, we can see a mixed to positive picture. Prices bottomed in 2018-2019 and then began a rally phase. The shares turned sideways back in May and fell below the rising 40-week moving average line without starting a downtrend. NEM is now only slightly below the flat 40-week line. Last week's candle pattern is a hammer and a bullish pattern this week will give us confirmation.
The OBV line has drifted sideways to lower since July but a low may be developing now. The MACD oscillator has been narrowing and is very close to an upside crossover and new buy signal.

In this daily Point and Figure chart of NEM, below, there is a potential downside price target in the $49 area but the chart needs to make a new low of $56 to refresh the downtrend. 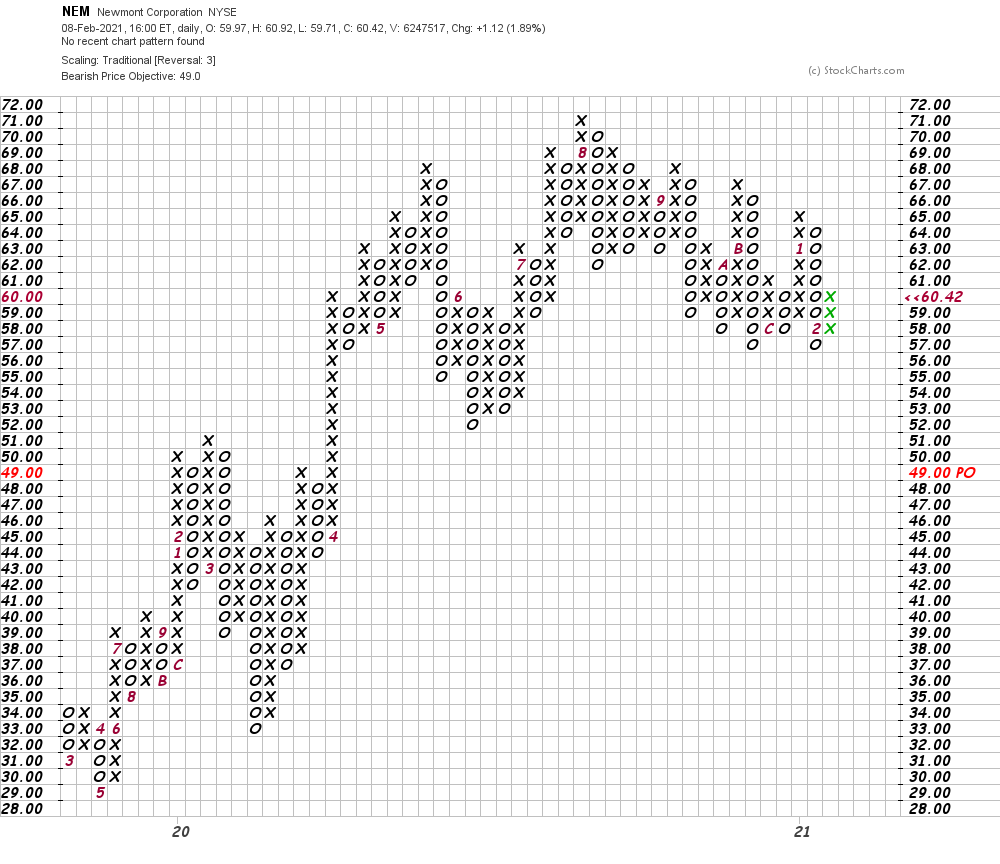 In this weekly Point and Figure chart of NEM, below, we used close-only price data. Here too the chart shows us a potential downside price target but a weekly trade at $62.88 or higher should turn the chart bullish. 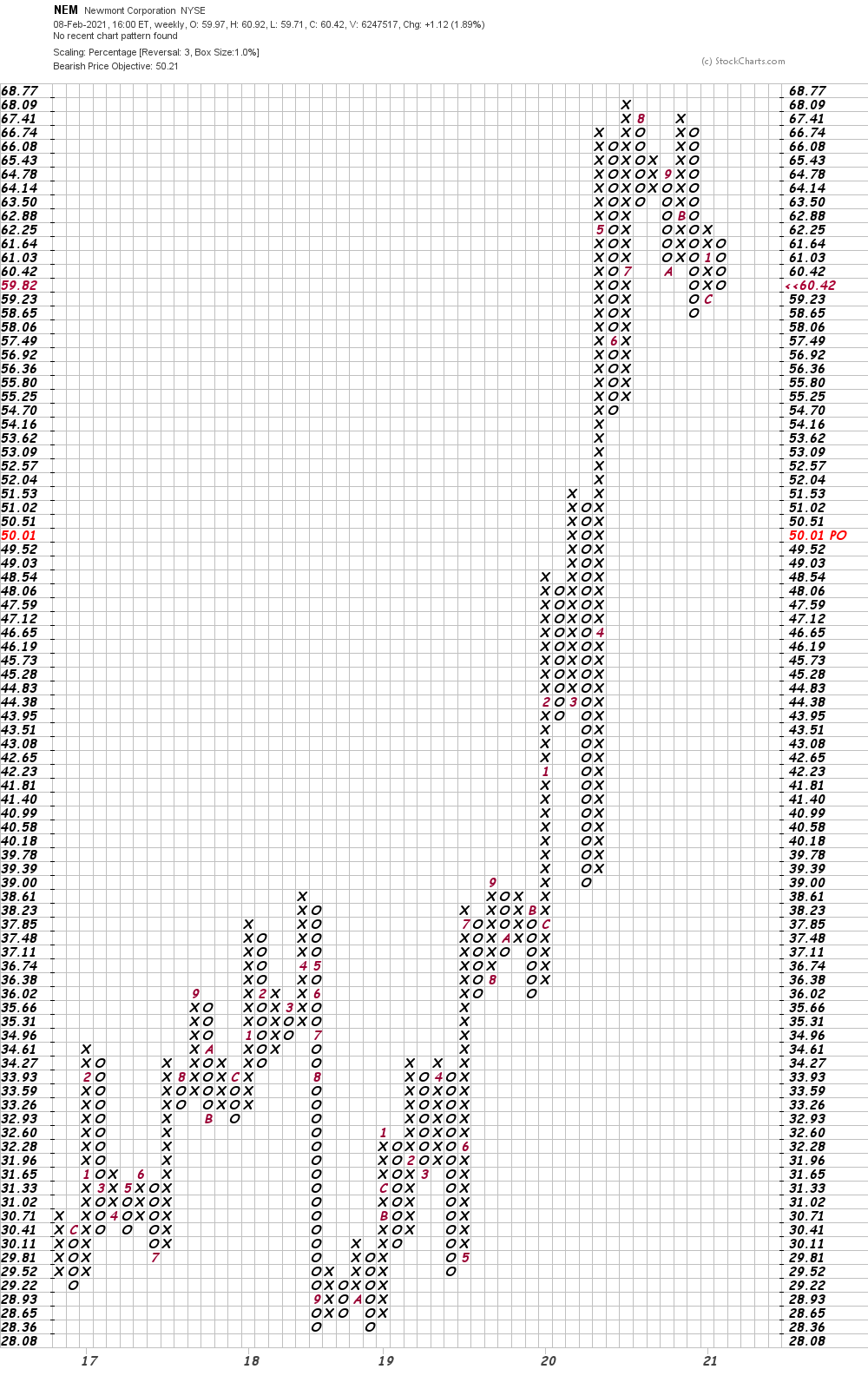 Bottom-line strategy: With a weekly Japanese hammer pattern and the Point and Figure chart only needing a rally to $62.88 to turn bullish, I think the path of least resistance for NEM is higher. Aggressive traders could go long NEM at current levels risking just below $56. Add to longs above $63.  Our series will continue Wednesday with a look at SSR Mining ( SSRM) .
Get an email alert each time I write an article for Real Money. Click the "+Follow" next to my byline to this article.
TAGS: Commodities | Gold | Investing | Stocks | Technical Analysis | Metals & Mining