Netflix Inc. (NFLX) is down sharply in reaction to its disappointing subscriber numbers. It is big story for business media and makes Netflix the Stock of the Day on Real Money. We looked at the charts of NFLX three days ago and in our conclusion wrote, "Relatively narrow sideways trading ranges are frustrating but they do eventually end. Traders should be ready for a breakout or breakdown in the near term. A trade above $388.41 should be bullish while a break below $331.25 would put the bears in control." Now that we know the direction of the breakout, let's visit with the charts again.

In this daily bar chart of NFLX, below, we lack the pre-market activity with prices down about 11% to the $324 area. This means that prices are back to an area not traded since January. It also means that shares purchased in the last six months or so are all at a loss -- some of them deeply underwater. The opening trade here on Thursday will mean we gap below the 50- and 200-day moving averages.

The daily On-Balance-Volume (OBV) line was already pointed down, so Thursday's volume should turn it more bearish. The trend-following Moving Average Convergence Divergence (MACD) oscillator could move down to the zero line. Not a pretty picture.

In this weekly bar chart of NFLX, below, we need to use our imagination to figure out how the chart will change. Because this is a weekly high/low/close chart we may not see a huge downside gap. We could see a big bar lower and a weak close. We are likely to close below the 40-week moving average line. The weekly OBV line is likely to decline further and the MACD oscillator should turn lower. The lows of December are probably going to be considered "next support" by most market observers. 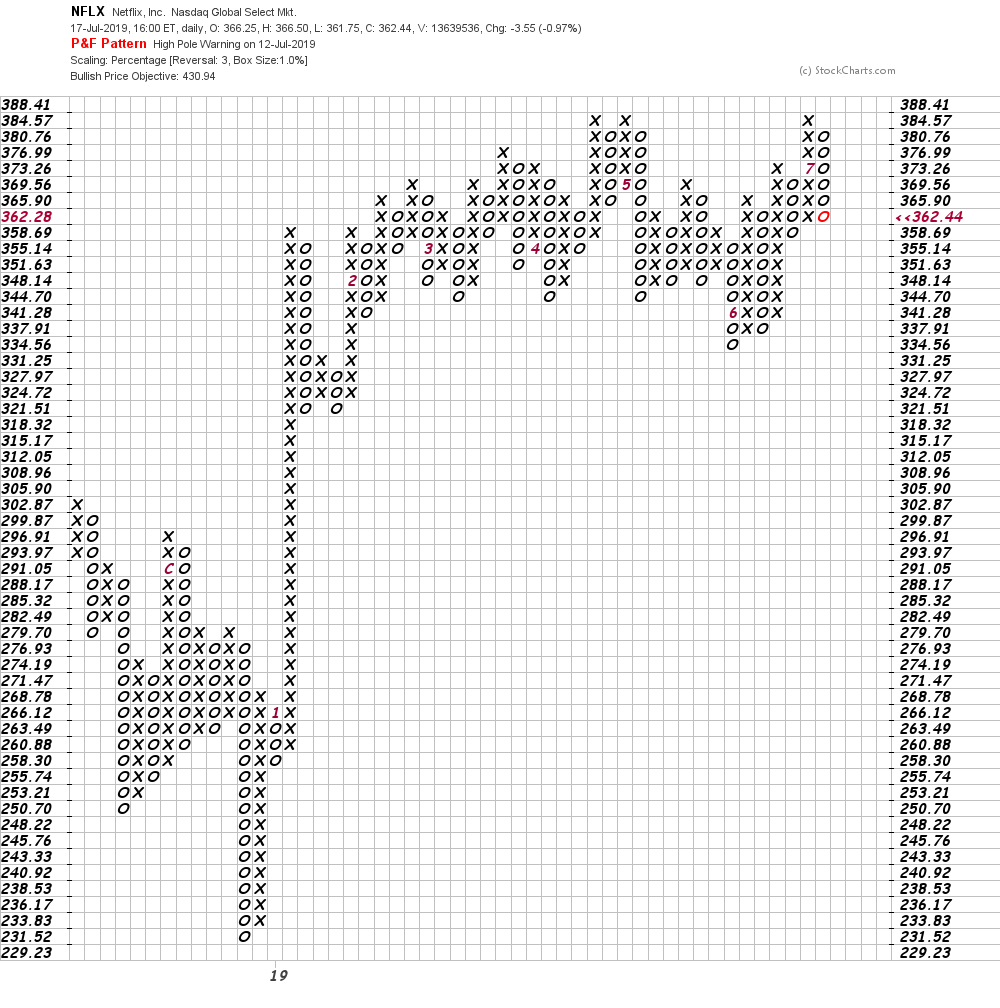 Bottom line strategy: I would imagine that the only buyers for NFLX here on Thursday morning will be hedge funds looking to cover their shorts. The last time I looked at the data from the exchange there were over 18 million shares sold short. Of course there will be someone conditioned to buy the dip, but I do not think that will be very successful.

Get an email alert each time I write an article for Real Money. Click the "+Follow" next to my byline to this article.
TAGS: Earnings | Investing | Stocks | Technical Analysis | Consumer | Digital Entertainment | Media | Movie Production | Television Production/Distribution | Real Money | Stock of the Day

Abbott Labscan bring back some normalcy to this country -- and the world -- with its BinaxNOW rapid antigen test along with its amazing Navica app.

The Emotional Highs, Lows and Jitters of the Market

We're not in full-fledged panic, but I think we might call it another giant step away from complacency and toward concern.

Want to Inject Some Growth Into Your Portfolio? Try This Dividend Stock

Pfizer is a quality dividend stock that's now trading at a discount.

Market Takes Turn for the Worse

This is the first time since the downtrend began that it feels like a full-fledged bear market and not just a rolling correction, but there are some bright spots.

With Fed's toolbox emptied and a big stimulus package unlikely, here's what I see for the economy, credit markets, and ... yes, stocks.