I have worked within a structured set of disciplines for many years. Even after all of this time, however, there are instances where I fail to adhere to even my own set of rules. I find those sins unforgivable when they happen, as I, of all people, know better.

Let me throw a for instance at you.

Take incremental trading as a prime example. I preach this stuff. Two weeks ago, so elated at a sudden large profit as Disney (DIS) popped after the investor day news, I sold my stake at $127 and change. Cha Ching. Even with a price target of $140. "No problem," said the kid. I'll just buy them back cheaper on broader profit-taking. Disney shares trade now at $135. I knew better. Rookie mistake.

Now, Micron Technology (MU) . I became disgusted with MU stock in late December. I felt that guidance had been so far off, as to not trust the company going forward. I made the decision to work my way out of a nice-sized position using a $30 low.

It's late April. The shares now trade at $43. The kid? Still does the firm. Still leaves 25% of the original position. That's a lot of magic created just by knowing how to work an order over time. Incremental in. Incremental out. Especially for medium to large-sized positions. Still learning lessons.

Always have a price target, an add point and a panic point for each position. The rule? Simply to take some action upon reaching either target or panic, and if still exposed, create a new target or panic. In other words, organize thyself, and respect your own homework.

As we wake this morning, this trading discipline comes into play for this trader. 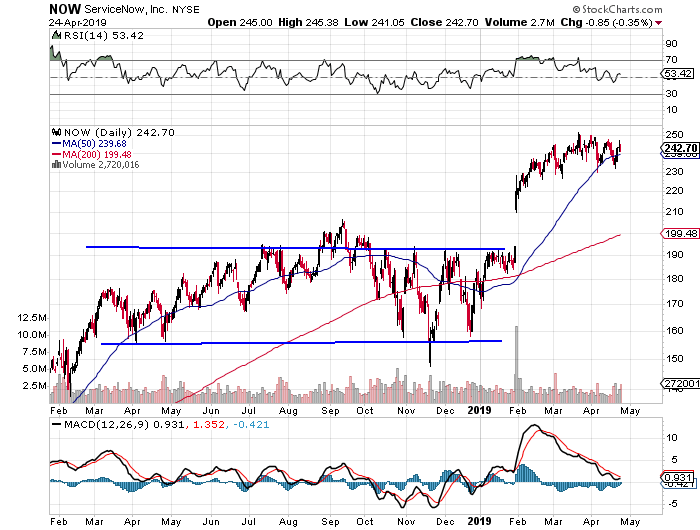 Since late January, NOW has been engaged in a simple breakout coming off of a long period of consolidation. How did I get $253? A 33% premium to the breakout. I would usually stick to maybe 25%, but this is the cloud, and I love the cloud.

Let's step back and take another look. 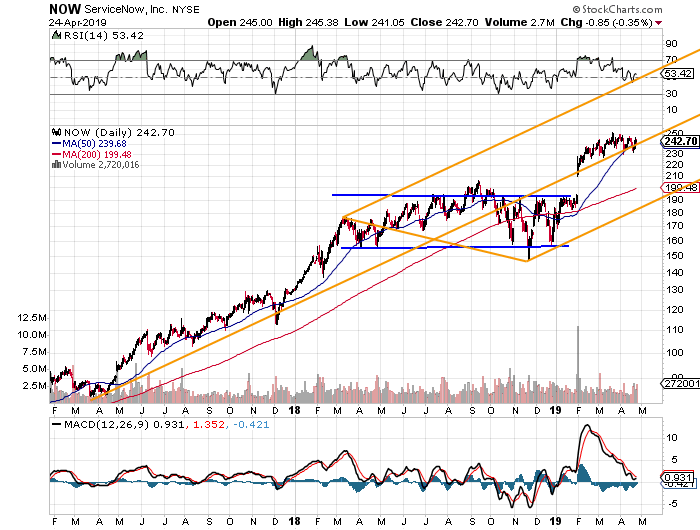 Can these shares go higher? I think they will, but first I must respect my target. The Pitchfork suggests that $300 is possible. Let's be a little cautious on that and see if there is any profit-taking provoked by Thursday morning's surge. Ignore the timeline. May kicks off the "sideways season." for equities. 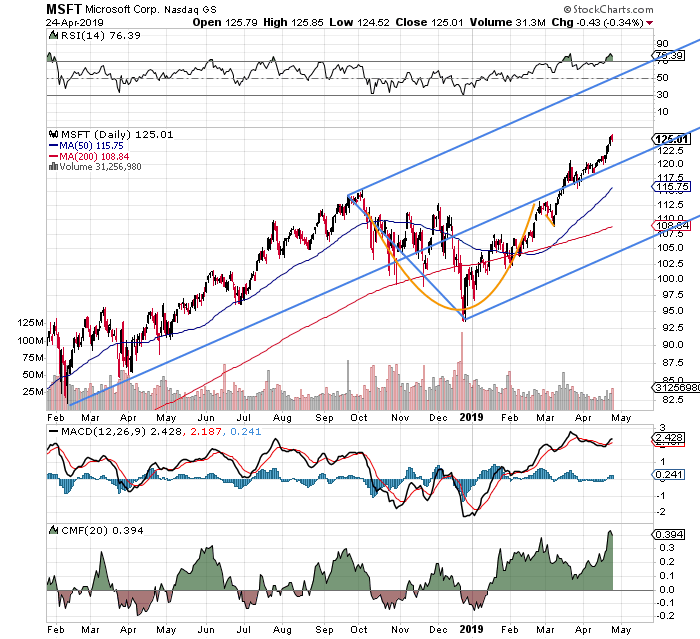 -- Sell 25% of long position at target if reached. 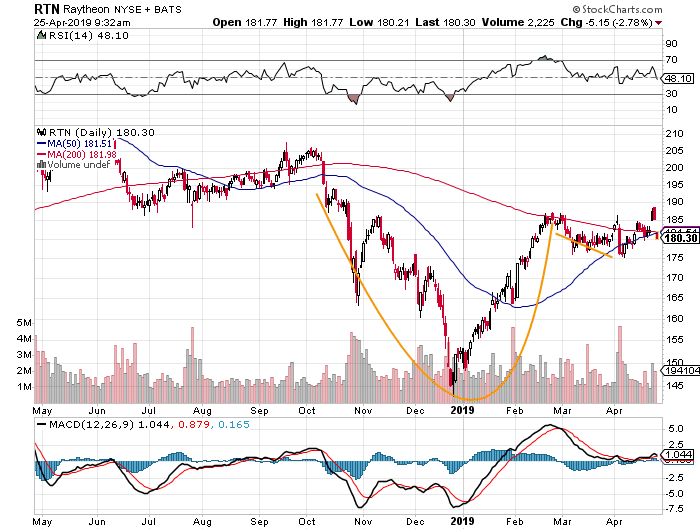 Looks to me that I have a failed breakout on my hands coming off of a cup-and-handle formation. 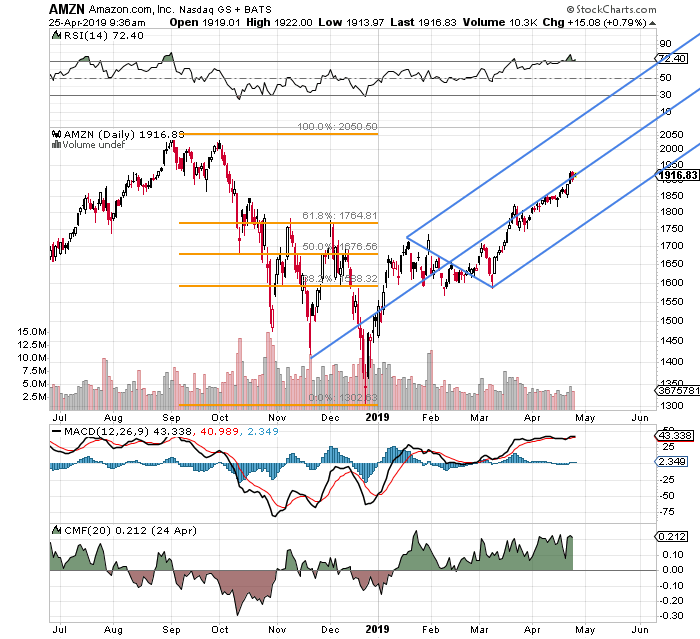 I am looking at the highs of last September as a potential pivot for lift-off. Reaching that spot would not only confirm the trajectory of my Pitchfork, it would also complete a giant cup that would run about $700 deep.

What does that mean to investors?

That all depends on Thursday night's results. Should the market like those results, my price target will become obsolete within a short period of time. The Pitchfork suggests $2,300. The "cup," should no "handle" develop, would offer absolutely crazy prices up around $2,700. I'm not kidding.

Options expiring Friday are pricing in a great deal of volatility. The purchase of a one-contract straddle priced around the last sale will cost the investor about $80 Thursday morning. That's $8,000, and then you need an 80-point move off of that strike just to break even.

The risk-averse way to lay these earnings would be through a bull call or a bear put spread. I like the stock so the example will be a bullish one.

Note: The trader is risking $12.72, or $1,272 in the hopes of winning back $3,000 on a move beyond expectations for volatility. This bet is directional and becomes a complete loss of that $1,272 should the stock move lower in response to Thursday evening's data.

(Disney, Microsoft and Amazon are holdings in Jim Cramer's Action Alerts PLUS member club. Want to be alerted before Jim Cramer buys or sells these stocks? Learn more now.)

Get an email alert each time I write an article for Real Money. Click the "+Follow" next to my byline to this article.
TAGS: Earnings | Investing | Investing basics | Markets | Stocks | Trading | U.S. Equity