Lawson explained that Twilio is a platform that allows developers to communicate with their customers, whether that be via voice, text, email or video. And while Twilio is best known for alerting you when your delivery arrives or when your flight is running late, the company also donates 1% of its profits to non-profit entities.

We were not bullish on TWLO in our review of March 5 writing that, "TWLO could bounce in the short-run but the indicators suggest we could see further weakness into the $285-$250 area as March unfolds. Avoid the long side for now."

The On-Balance-Volume (OBV) line has been stalled-to-weakening the past four months. The Moving Average Convergence Divergence (MACD) oscillator is trying to signal a cover shorts buy signal.

In the weekly Japanese candlestick chart of TWLO, below, we can see a top reversal pattern in February. Prices have declined and are getting closer to a test of the 40-week moving average line which is starting to crest.

The weekly OBV line has turned soft and tells us that sellers of TWLO are being more aggressive. The MACD oscillator has crossed to the downside for a take profit sell signal.

In this daily Point and Figure chart of TWLO, below, we can see a potential downside price target in the $298 area. 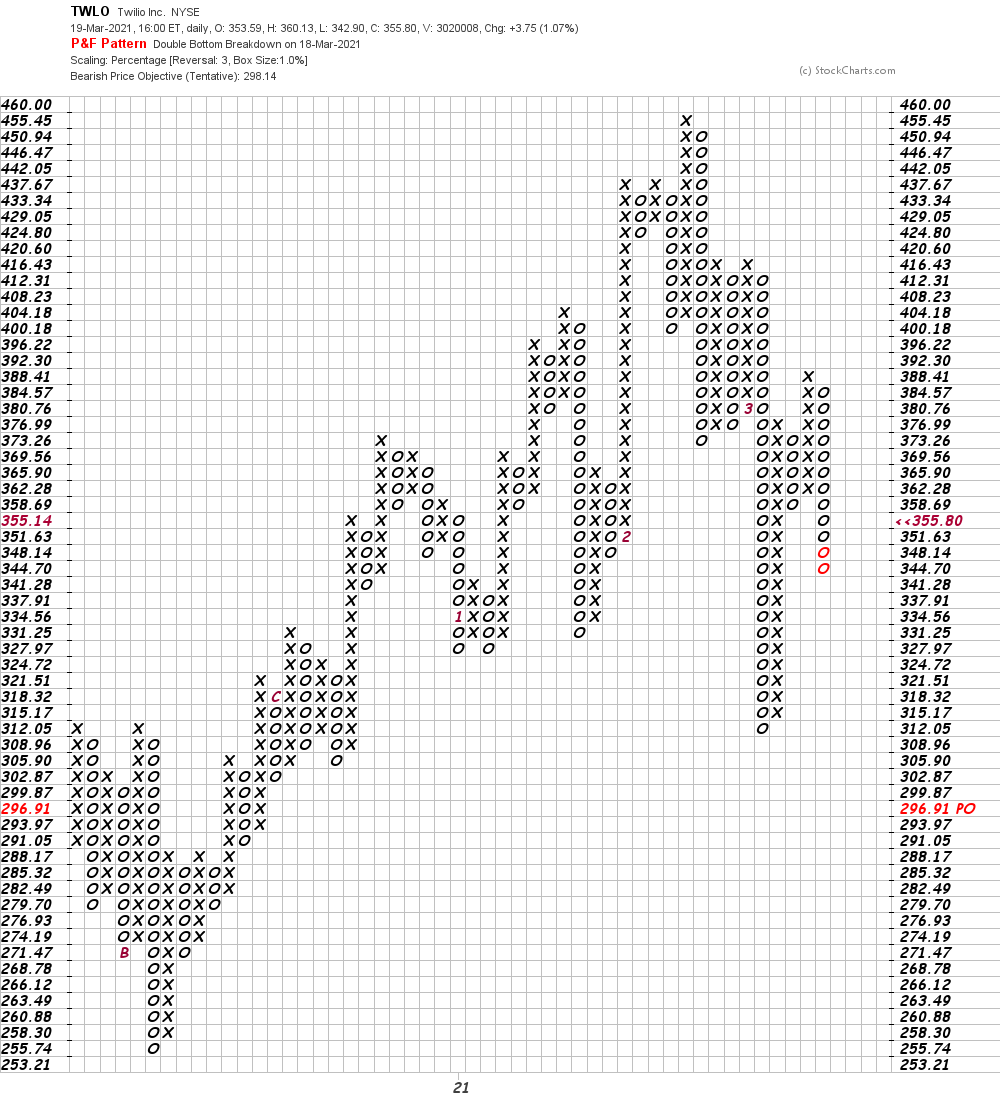 In this weekly Point and Figure chart of TWLO, below, we can see that the software is now projecting the $165 area as a tentative price objective.

Bottom-line strategy: While the fundamental story of TWLO may remain constructive, the chart picture remains bearish. I would continue to avoid the long side of TWLO.