Want to know what speaks volumes on my hot stock for 2022?

Three charts of contracts for corn, wheat and soy.

The position? Deere & Co. (DE)  , a holding we recently added to the Action Alerts PLUS portfolio with an eye toward 2022.

These charts below show loud and clear the prospects for robust farmer income and how they could translate into agriculture equipment sales in 2022. We could even see signs of this as early as Feb. 4, which is when the U.S. Department of Agriculture will make its first estimate of farm income for 2022. That data will not only reflect price for key commodity crops, but also farm input costs such as fertilizer, fuel and other production related items.

Given the increase in fertilizer costs and taking a total cost view, we could very well see a stronger-than-expected upgrade cycle to precision "ag" equipment. According to research published by the Michigan State University could save U.S. corn and soybean farmers an estimated $500 million in fertilizer costs and stop 6.8 million metric tons of carbon dioxide equivalent escaping from nitrogen based fertilizers. For trivia buffs, that metric ton equivalent is roughly the same as the emissions generated by 1.5 million cars. 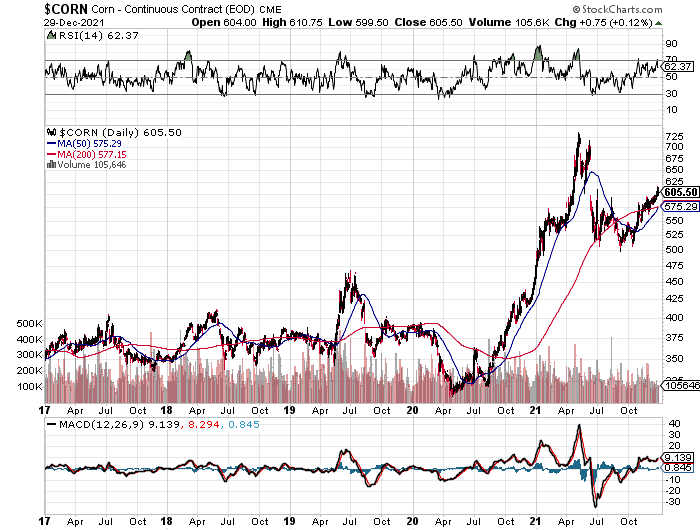 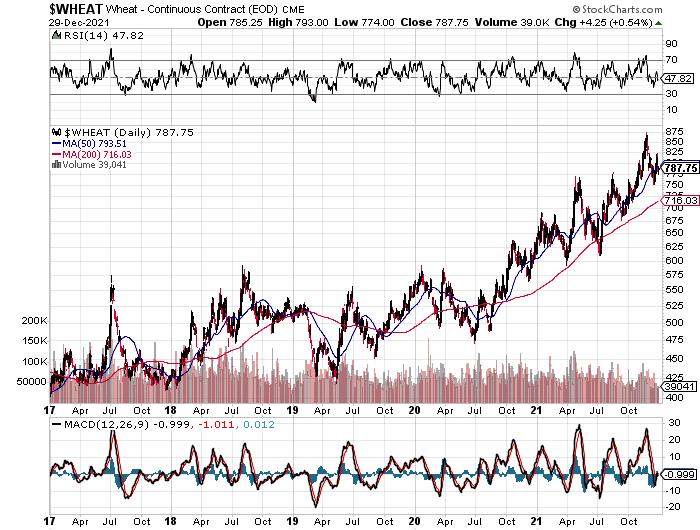 While it may be somewhat simple to consider, whether its plant-based proteins or animal proteins, the global population of has risen almost 30% since the start of the century to roughly 7.9 billion, while the percentage of arable land across the globe is little changed over the last decade, according to World Bank data. What this means is we have more people looking to eat, which means driving yield improvements when and where possible, which is another driver for the upgrade to precision ag equipment. 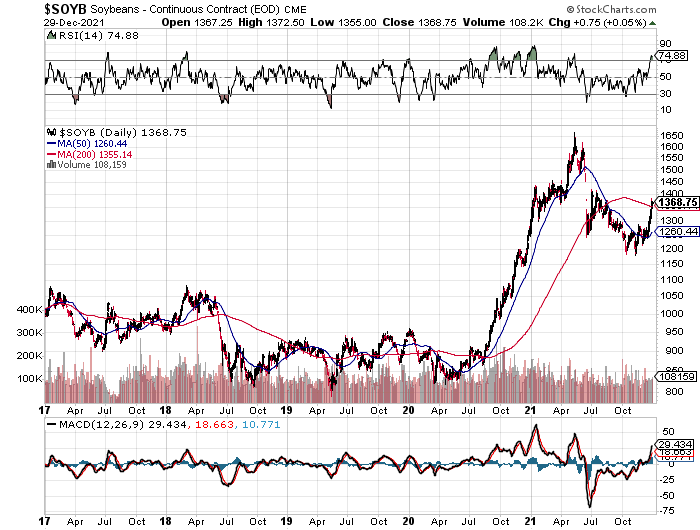 As we enter 2022, the impact of the recent UAW strike at Deere should increasingly fade as should supply chain woes leading to higher production levels to meet demand. We've started to see that already in the November under-40-horsepower-tractor retail sales that rose 10% year-over-year compared to the 4% year-over-year decline posted in October, according to data published by Ag Equipment Intelligence. Including the higher horsepower ag equipment market, total tractor and combine sales rose 9% year-over-year in November. Let's remember that during the UAW strike, Deere shifted its manufacturing lines to focus on the larger ag equipment given their higher price points and better margins.

During at least the first half of 2022, those prospects should carry the company's business with the pending addition of the Biden administration's infrastructure bill to kick in later in the year, which should spur demand for the construction equipment side of the company's. Current expectations for calendar 2022 call for Deere to grow its earnings per share 16% year-over-year to $22.70, with strong EPS growth in the first half of the year. That speaks to not only the rebound in production levels, but the seasonably stronger demand ahead of the all-important spring planting season.

That level of EPS paired with the company's penchant for increasing its annual dividend in the last few years offers ample support for a $430 price target. Given the current share price, readers should feel comfortable adding to their position up to $360-$365.

Those looking for a small-cap play on the above, should look no further than Titan International (TWI) , a manufacturer of wheels and tires for the ag and construction equipment sector. We added that name to the Stocks Under $10 portfolio in mid-December at $7.92 with a price target of $14.

(Deere is a holding in the Action Alerts PLUS member club. Want to be alerted before AAP buys or sells DE? Learn more now.)

-- Bob Lang and Chris Versace are co-portfolio managers of Action Alerts PLUS.

Get an email alert each time I write an article for Real Money. Click the "+Follow" next to my byline to this article.
TAGS: Investing | Stocks | Agriculture