We view the ability of equity indices to hold support at the end of a significantly negative session as encouraging. However, all still remain in downtrends.

Meanwhile, the increasingly bullish data suggest any slight relief of anxiety may have a greater impact on the markets than might otherwise be expected. 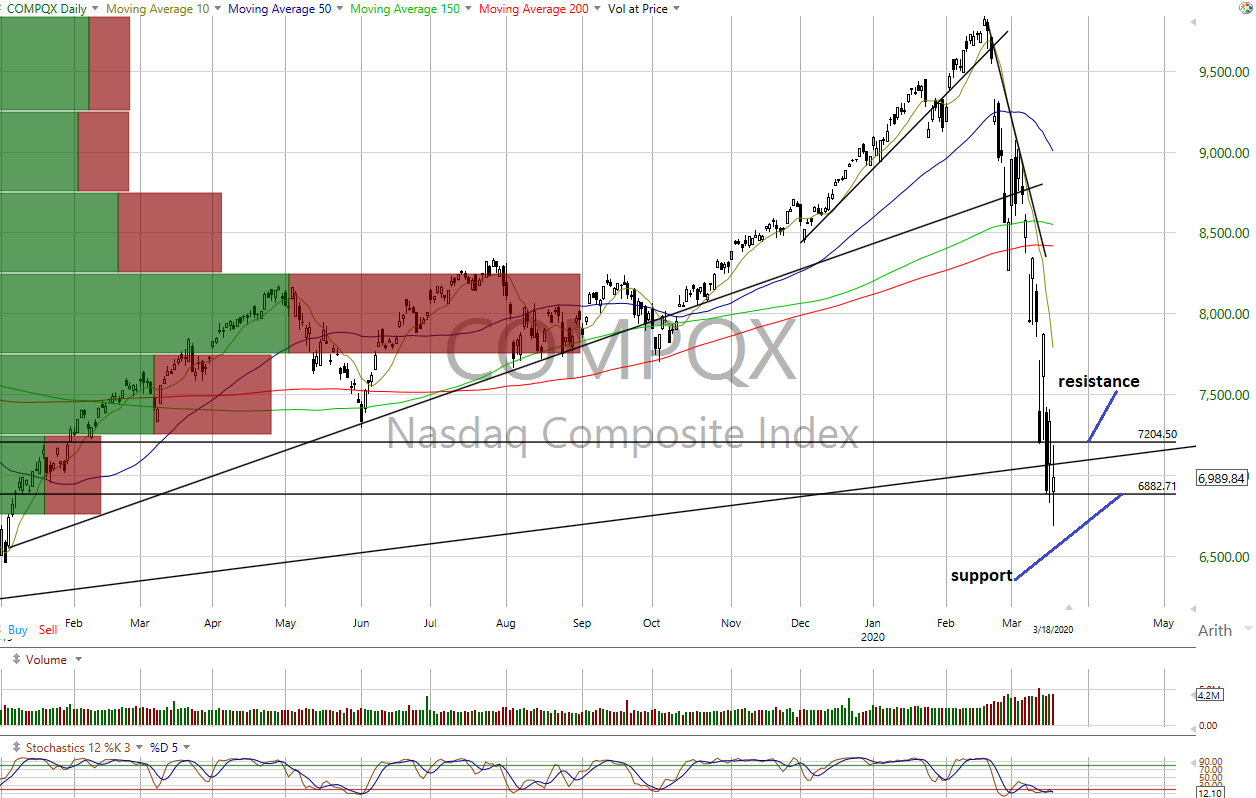 All the major equity indices closed lower yesterday with negative internals. However, late-session trading was significant enough to pull most of the charts back above what we believed to be critical levels as I discussed Wednesday.

The DJIA, Nasdaq Composite (see above), Nasdaq 100 and Dow Jones Transports all held support. The S&P 500 was the only large-cap index to break as did the mid and small-cap charts.

The action suggests to us that there was a notable pickup in demand for the larger and more liquid names near the close. Nonetheless, while we find this action encouraging, all the near-term downtrends remain intact and should be respected until proven otherwise. 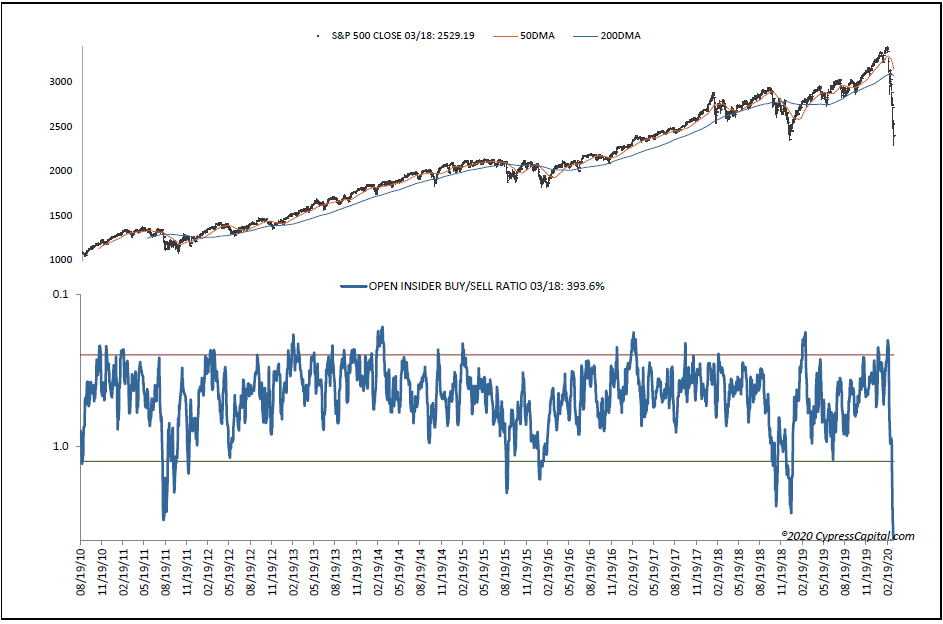 The Open Insider Buy/Sell Ratio (see above) at 393 is near its highest level in a decade as insiders continue to load the boat.

In sharp contrast, the detrended Rydex Ratio (contrary indicator) at -3.88 is near a decade high of ETF trader leveraged short exposure.

In the past decade, this setup consistently resulted in marking an important market bottom four out of four times.

The counterintuitive percentage of S&P 500 issues trading above their 50-day moving averages is bullish at 4.0%.

The S&P 500 is trading at a P/E of 14.9x consensus forward 12-month earnings estimates from Bloomberg of $168.30 per share, compared to the "rule of 20" fair value multiple of 18.7x, still suggesting the index remains significantly undervalued.

In conclusion, while we have yet to see any bottoming signals on the charts, Wednesday's late day action combined with the historically positive data suggest we maintain our near term "neutral/positive" outlook.

Get an email alert each time I write an article for Real Money. Click the "+Follow" next to my byline to this article.
TAGS: Indexes | Investing | Stocks | Technical Analysis | Trading | U.S. Equity

Spice Maker McCormick Is Adding Some Heat to the Charts