n a segment of Mad Money Friday night called "Cramer Does His Homework," Jim Cramer ended on a high note saying that Moog (MOG.A) , the defense contractor and industrial company, is a solid innovator that should be considered after the volatility of September passes.

Let's check out the charts of MOG.A.

In the daily bar chart of MOG.A, below, we can see that prices made a very hard and deep decline in February and March. Prices finally rebounded a bit from the middle of March but there was a retest in May. The shares rallied up to a new high for the move from the March low into early July but that strength did not last for long. Prices have drifted up from July into September. MOG.A is trading between the declining 200-day moving average line and the rising 50-day moving average line.

The On-Balance-Volume (OBV) line declined into July and has not managed much of a recovery from there. The weakness in the OBV line tells us that even with the bounces, sellers of MOG.A have been more aggressive. The Moving Average Convergence Divergence (MACD) oscillator is above the zero line but pointed down. Not much in the way of trend strength.

In the weekly bar chart of MOG.A, below, we can see that the shares made a large sideways trading range/bank from around $70 to $100 for more than two years before breaking sharply to the downside. Prices are trading below the declining 40-week moving average line.
The weekly OBV line made a low in April and another low in July but it has not really begun a rising pattern to tell us that buyers were being more aggressive. Sellers still seem to be in charge.
The MACD oscillator gave a cover shorts buy signal in May but it is still below the zero line so no buy signal yet.

In this daily Point and Figure chart of MOG.A, below, we can see a potential downside price target in the $55 area. 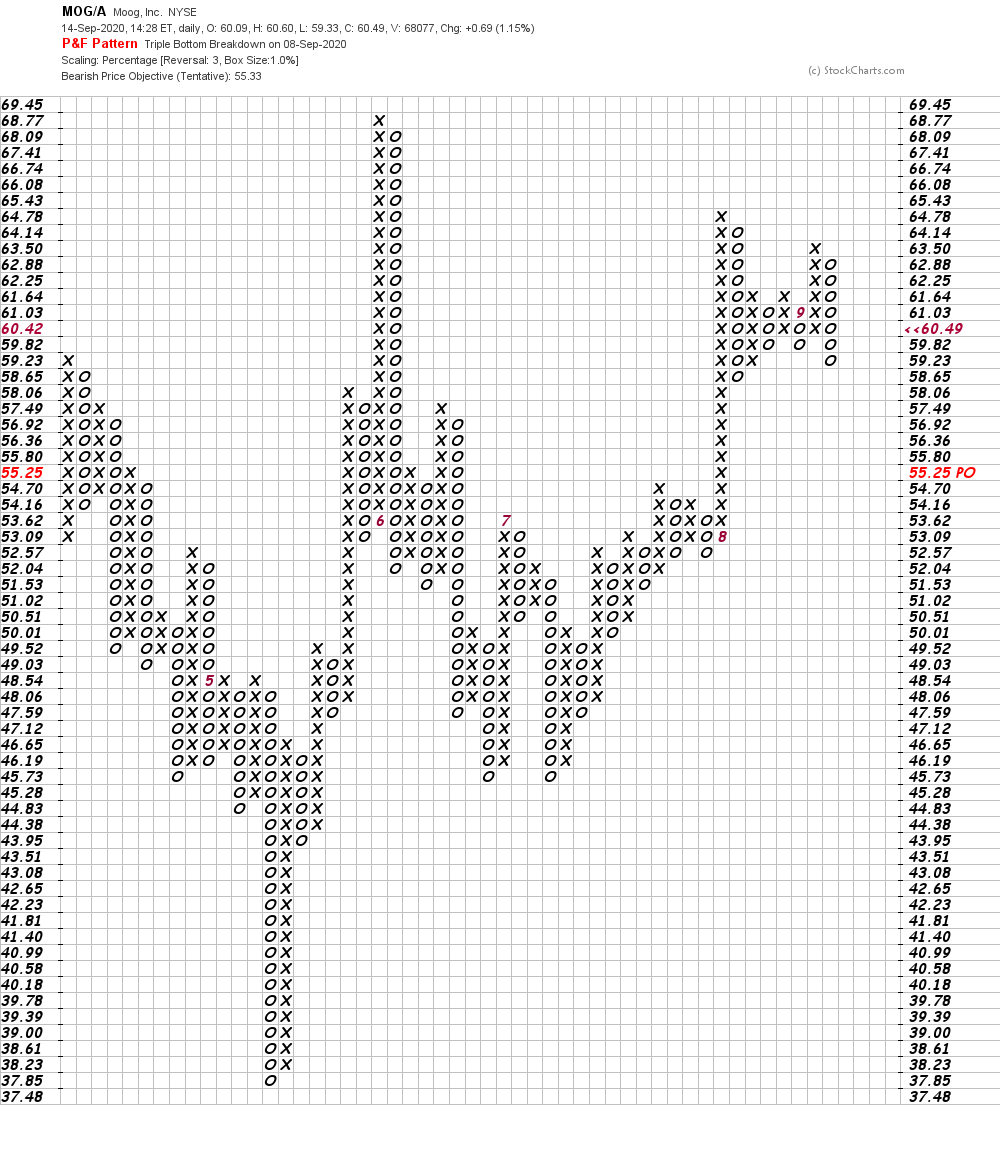 In this weekly Point and Figure chart of MOG.A, below, we can see a potential long-term price target in the $130 area. 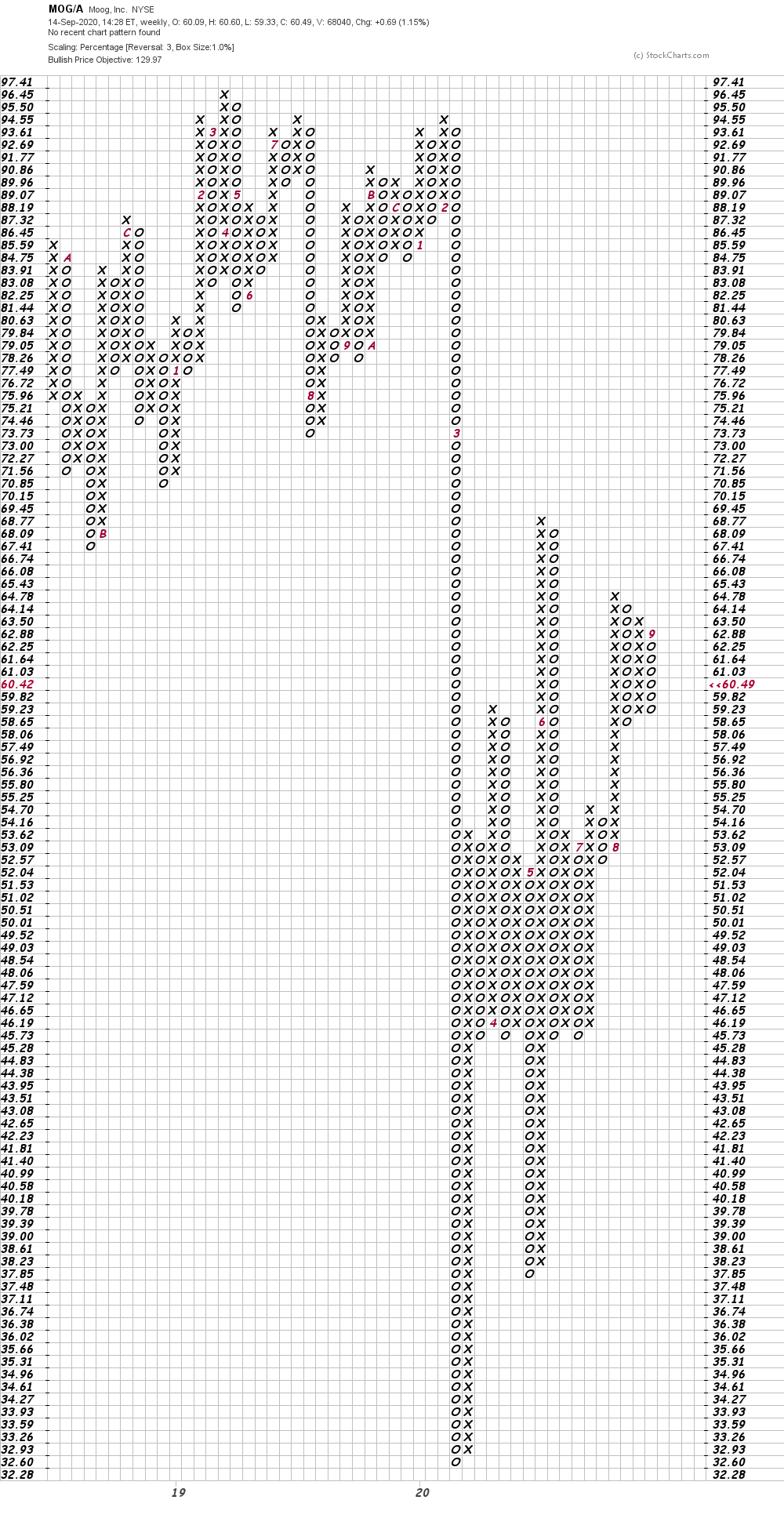 Bottom-line strategy: The charts and indicators of MOG.A at this point do not support a long recommendation. Another decline into the $55-$50 area in the weeks ahead might be a better location to go long but I would have to see a rising OBV line to go with a buy recommendation.
Get an email alert each time I write an article for Real Money. Click the "+Follow" next to my byline to this article.
TAGS: Investing | Stocks | Technical Analysis | Defense | Industrials | Mad Money