The MOH chart, below, shows the stock having had a notable run from March of this year at around $71.00 to a peak of over $150 in September. Throughout that process the shares have seen two accelerations of its original uptrend line, suggesting price was becoming extended. 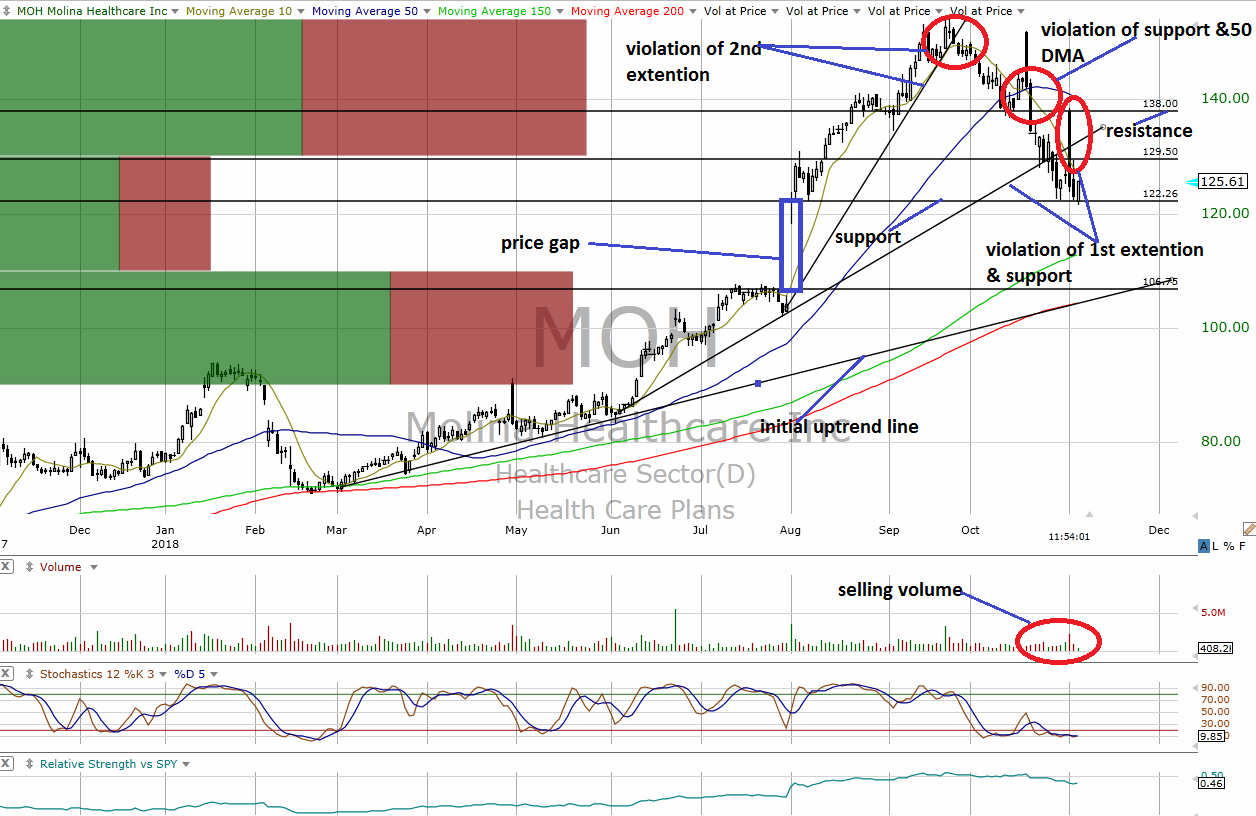 In late September, the second extension was violated to the downside as selling volume started to show signs of increasing. Mid-October saw a challenge of the prior high at the opening of trade but MOH closed notably lower in the day as the move was apparently perceived as a selling opportunity. The $138.00 support level was subsequently violated as was $130.00 support and its 50-day moving average a few sessions later.

The beginning of November saw an open at $138.00 resistance that also failed by closing well below the open on high trading volume. The first extension of trend was also violated at that time.

So, we now see a series of lower highs and lower lows after the September high suggesting a "bearish reversal pattern" has taken place. What's more, selling volume appears to dominate.

In our view, resistance is now around $130.00 with near-term support around $122.00. Should support fail, there is a price gap at $106.00 that is coincident with the initial uptrend line.

A close above $130.00 would violate the pattern, in our opinion.

Given the break of the prior uptrend lines, volume selling resulting in violations of support and trend, we believe that MOH is now setting up for a bearish reversal.