Vaccine maker Moderna (MRNA) became a household name in the past two years. A sell-side firm upgraded their fundamental opinion of MRNA to "buy" from "hold" Thursday. With the shares rallying, let's check how the charts are doing.

In the daily bar chart of MRNA, below, we can see that buyers have been attracted to the stock in the $125 area since early March. Dips below $125 in May and June were bought. More recently, in late August and early September, buyers came in front of the $125 zone.

The trading volume has been more positive since March and the On-Balance-Volume (OBV) line shows improvement from June. The trend-following Moving Average Convergence Divergence (MACD) oscillator is below the zero line but has narrowed towards a possible cover shorts buy signal.

In the weekly Japanese candlestick chart of MRNA, below, we can see some positive developments. Notice the lower shadows near $120 since late March?
Trading volume has dried up over the months but the weekly OBV line has remained steady. The MACD oscillator is pointed back up to the zero line.

In this daily Point and Figure chart of MRNA, below, we can see a potential upside price target in the $167 area. 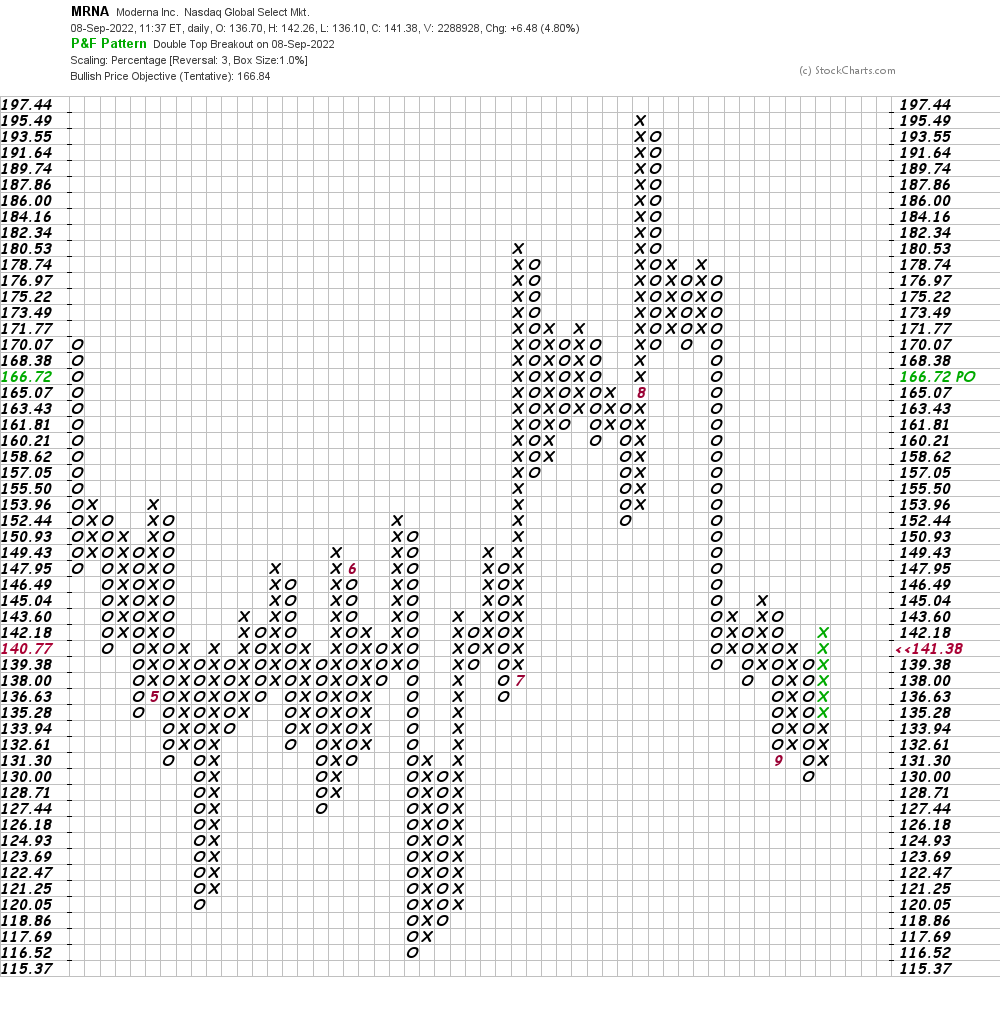 In this weekly Point and Figure chart of MRNA, below, we can see a bearish target in the $64 area.

Bottom-line strategy: The charts of MRNA are showing promise but the bottoming process is likely to continue for several more months. Be patient.
Get an email alert each time I write an article for Real Money. Click the "+Follow" next to my byline to this article.
TAGS: Investing | Stocks | Technical Analysis | Healthcare | Analyst Actions