Ahead of Microsoft's (MSFT) fiscal fourth-quarter results due out this Wednesday a sell-side analyst at Jefferies raised their price target to $240 form $200 and maintained their "Buy" rating. The shares have already reached $216 so I do not consider this much of a leap of faith. I do consider a bump up of a price target ahead of earnings a positive for traders.

We looked at the charts of  Action Alerts PLUS holding MSFT on July 9 and wrote that, "Traders and investors could raise sell stops to a close below $199 now. The $271-$285 area is our next price objective and the round number of $300 would follow after that."

Let's check out the charts of MSFT again this morning to see if we need to adjust our strategy.

In the daily Japanese candlestick chart of MSFT, below, we can see a number of lower shadows last week suggesting that traders rejected the lower price. Prices are above the rising 50-day and 200-day moving average lines. The trend is up but we know these are lagging indicators.

The On-Balance-Volume (OBV) shows a minor pullback, which at this point in time tells me that some traders may be reducing their long exposure ahead of earnings. The Moving Average Convergence Divergence (MACD) oscillator has crossed to a take profits sell signal but is still well above the zero line.

In the weekly Japanese candlestick chart of MSFT, below, we can see that prices made a bearish engulfing pattern the past two weeks. This reversal pattern will still need confirmation this week and might only mean that prices reverse from up to sideways. Prices are above the rising 40-week moving average line.
Meanwhile, the OBV line and the MACD oscillator remain bullish in this time frame.

In the daily Point and Figure chart of MSFT, below, we can see that this updated chart shows a potential downside price target around $192. If this target was reached it would probably mean that our recommended long positions would be stopped out. I would not be tempted to lower or cancel the stop as that is a slippery slope. 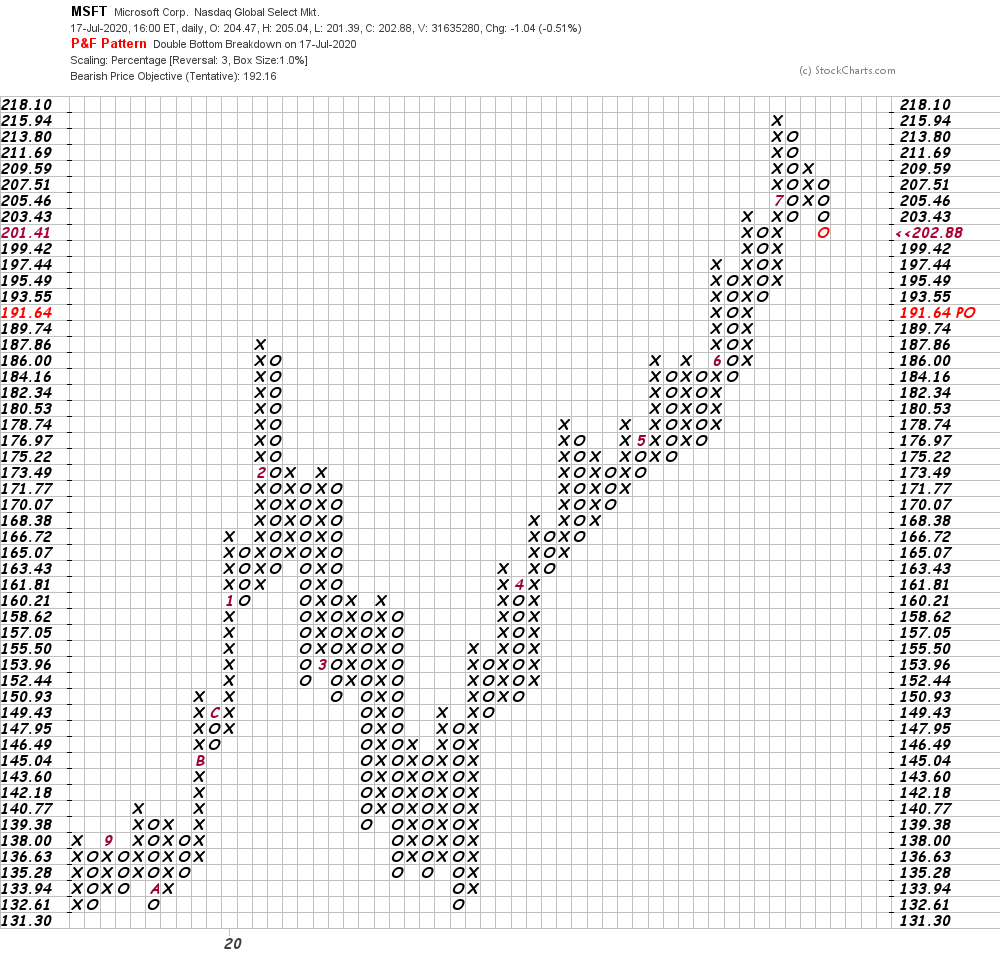 In this weekly Point and Figure chart of MSFT, below, we can see that our $271 price target is still intact. 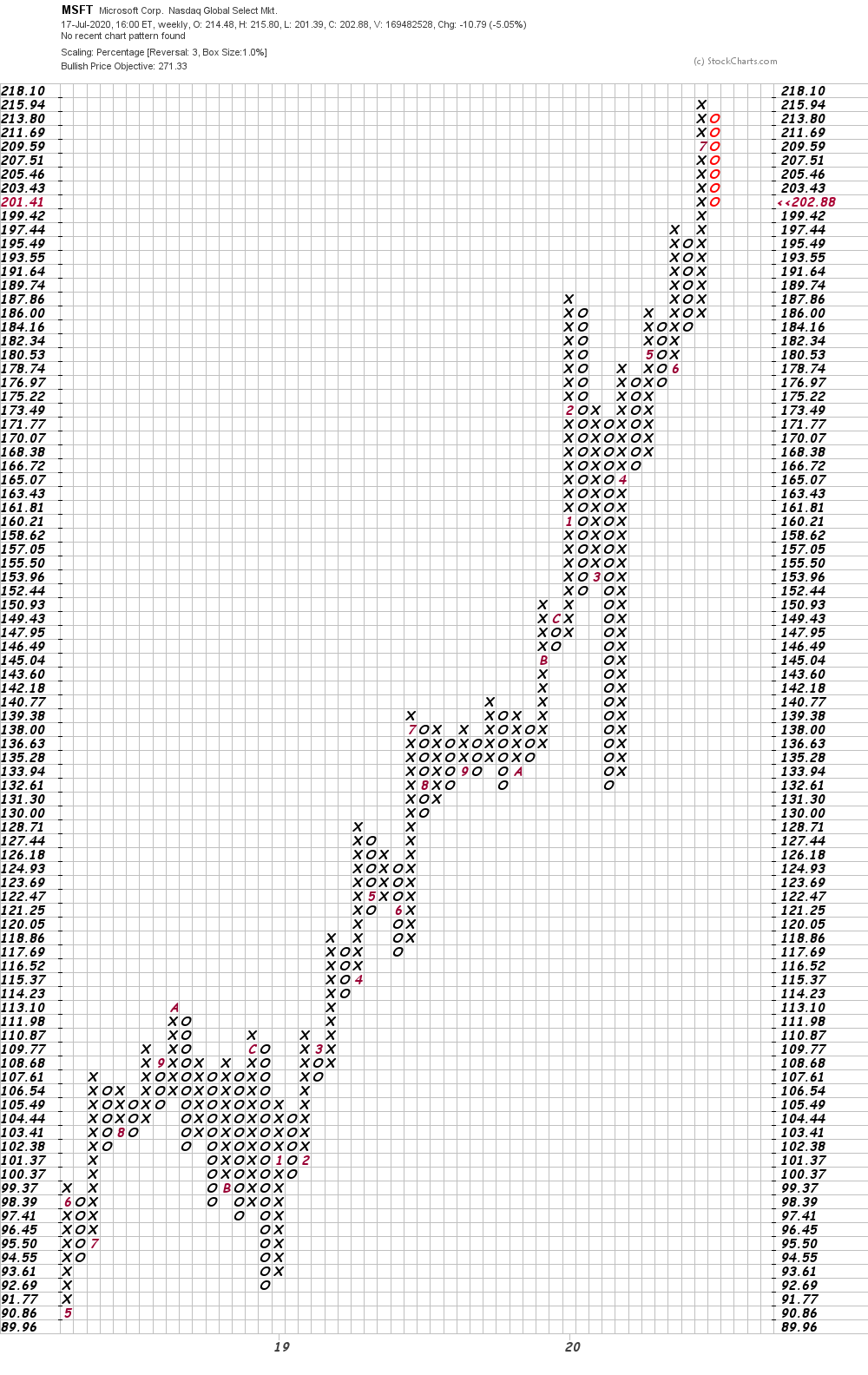 Bottom-line strategy: It is always touch-and-go ahead of an earnings report with widely followed companies such as Microsoft. Lots of money on the table. While there are some new warning signs from some of the charts above, they could be ignored by a stronger-than-expected report on Wednesday. Hold longs with our recommended stop.
(Microsoft is a holding in Jim Cramer's Action Alerts PLUS member club. Want to be alerted before Jim Cramer buys or sells MSFT? Learn more now.)
Get an email alert each time I write an article for Real Money. Click the "+Follow" next to my byline to this article.
TAGS: Investing | Stocks | Technical Analysis | Software & Services | Technology | Analyst Actions | Earnings Preview