Microsoft (MSFT) is expected to report fiscal second-quarter results on Jan. 24 after the market close. Let's check out the charts and indicators of the software giant in the wake of announcing plans to lay off 10,000 employees.

In this daily bar chart of MSFT, below, I can see a downward trend in prices over the past 12 months. Prices just tested the underside of the cresting 50-day moving average line and remain below the bearish 200-day moving average line. The trading volume has been active while the On-Balance-Volume (OBV) line has been weak and tells me that sellers of MSFT are more aggressive than buyers. The trend-following Moving Average Convergence Divergence (MACD) oscillator is below the zero line and a recent cover shorts buy signal is probably going to be reversed in the days ahead.

In this weekly Japanese candlestick chart of MSFT, below, I see a bearish setup. Prices are in a longer-term decline as share prices trade below the declining 40-week moving average line. The weekly OBV line has been in a downward slide the past year and a half and tells me there has been significant liquidation (selling) as sellers of MSFT have been more aggressive than buyers for months and months. The MACD oscillator is below the zero line and a long way from a buy signal.

In this daily Point and Figure chart of MSFT, below, the software is projecting a potential downside price target in the $177 area. 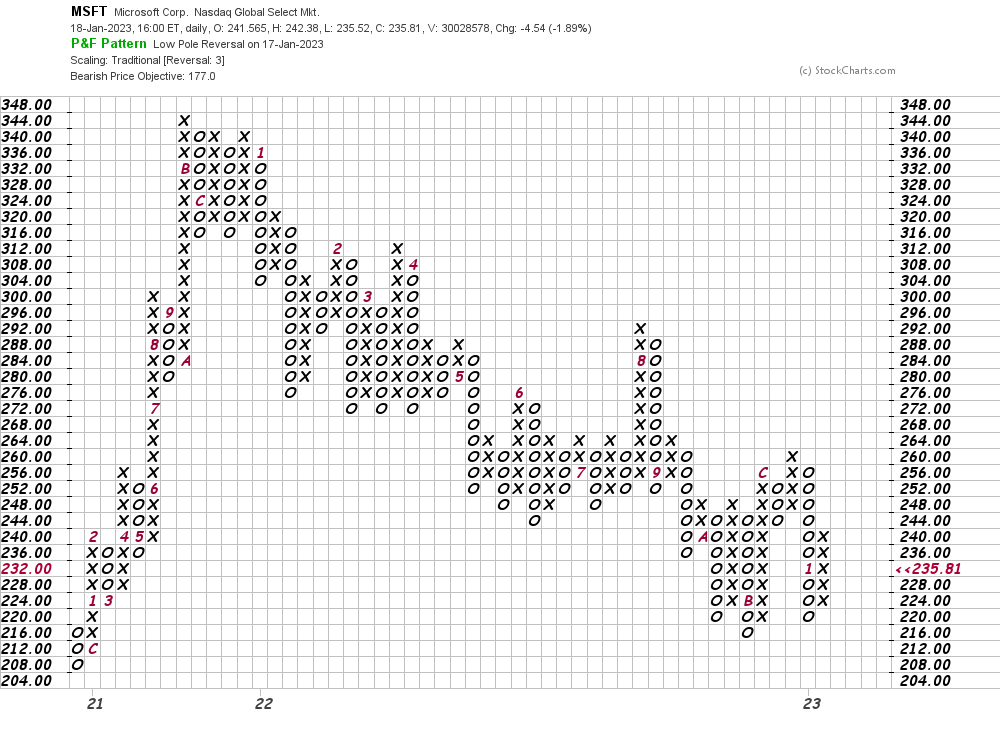 In this weekly Point and Figure chart of MSFT, below, we can see the same downside price target of $177. 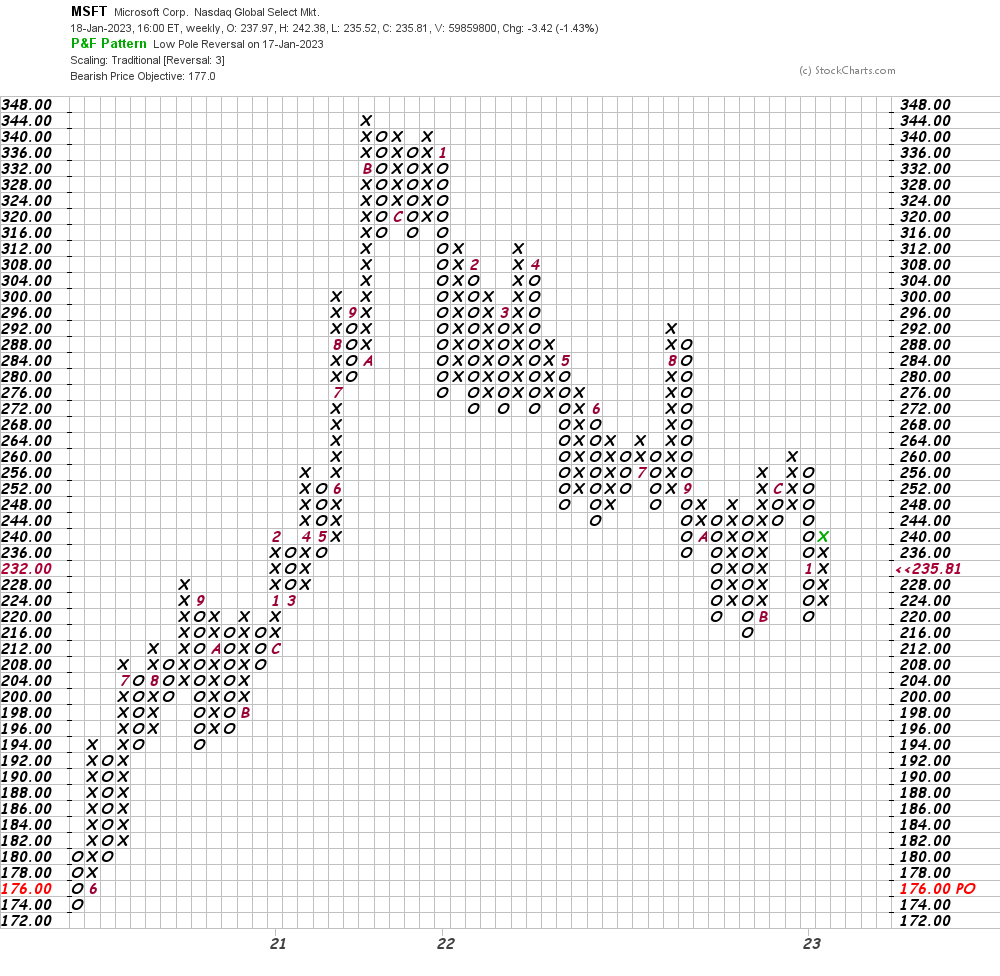 Bottom line strategy: I have no knowledge of what Microsoft may tell shareholders next week, but the charts and indicators suggest that the selloff is not over for MSFT. Avoid the long side for now.

Get an email alert each time I write an article for Real Money. Click the "+Follow" next to my byline to this article.
TAGS: Investing | Stocks | Technical Analysis | Software & Services | Technology | Technology Hardware & Equipment | Gaming | Real Money | Earnings Preview