Shares of Micron (MU) rode a comeback wave alongside the market to a solid gain on Thursday, beating out pre-market fears over Chinese exposure.

Bulls on the Boise, Idaho-based chipmaker beat out the bears as the company's drop provided an exceptionally cheap opportunity and compatriot and technology compatriot Hewlett Packard Enterprises (HPE) pacified some cyclical concerns, and technical support came in to help the stock turn shortly after mid-day.

A concern on memory pricing has been striking the industry through the back half of the year alongside concerns on inventory problems. However, the demand side of this equation was somewhat assuaged by comments from HPE that suggests demand for memory and semiconductors is not set to subside too soon.

The outlook offered from HPE coincides with forecasts from economists and equity strategists.

She added that this spending will help extend the economic cycle beyond 2019. With companies like Micron and HPE helping underpin the industry, such an extension would be ideal as concerns over supply and demand issues could be assuaged.

Wilmington Trust Chief Economist Luke Tilley added that the overall cycle will take some time to turn as well in an interview with Real Money, noting that it will take's time following a yield curve inversion for a recession to strike.

He acknowledged that the market is late in its cycle, but expected continued growth into 2019, fueled by the growth in new technology that is underwritten by semiconductors.

Further, in a market shifting to value plays, it is difficult to find a cheaper play than Micron in the market, with a price to earnings ratio for the next 12 months at a stunningly low 3.8.

Still, the company's oversized exposure to China amid a complete 180 from President Trump's G-20 trade relationship tweets and the arrest of the first-daughter of Chinese technology is cause for concern. 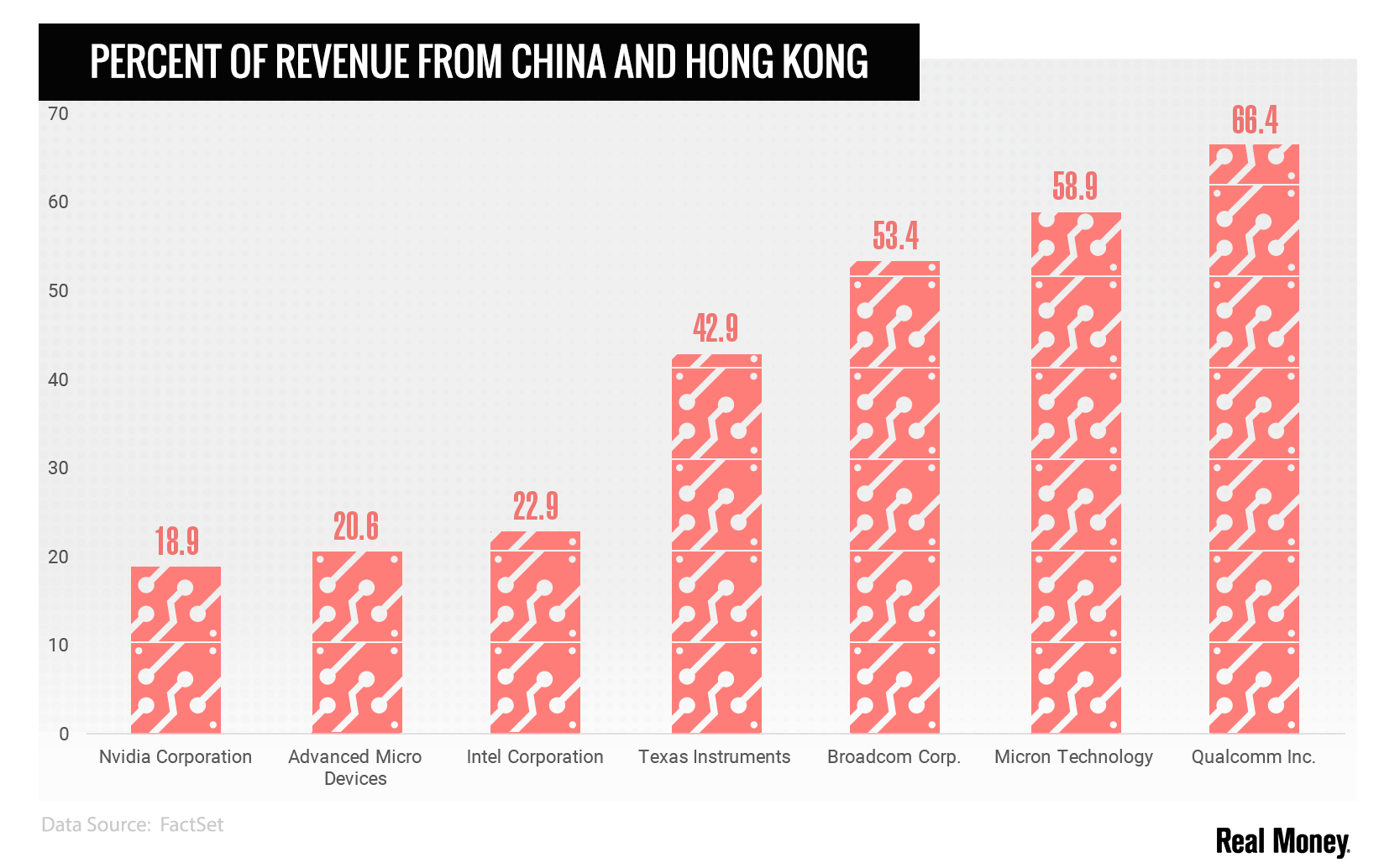 Micron CEO Sanjay Mehotra has touted his ability to mitigate tariff concerns, but the company's overwhelming reliance on the Chinese market is a going concern for the company headed into trade war escalation.

Get an email alert each time I write an article for Real Money. Click the "+Follow" next to my byline to this article.
TAGS: Investing | Stocks | Technical Analysis | Semiconductors & Semiconductor Equipment | Technology | Technology Hardware & Equipment | China | United States | Stock of the Day